Warhammer Quest: Silver Tower Board Game for the Age of Sigmar 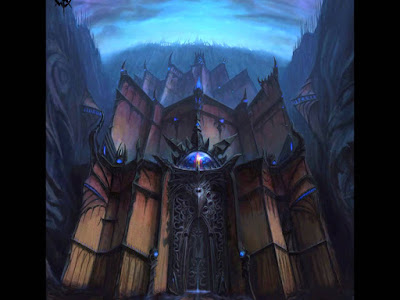 The new Age of Sigmar board game will be called Warhammer Quest: Silver Tower according to the latest rumors now. The release will be sometime next month in May, and appears that expansions are quite possible depending upon it's success.


via Darnok on Warseer
http://www.warseer.com/forums/showthread.php?417295-Warhammer-Quest-Silver-Tower
From what I have been told, this WHQ-like game is coming this May. The title seems to be "Warhammer Quest: Silver Tower", and it comes with hero models for multiple races - including human, Stormcast, Aelf, Duardin and Ogor (and I quote: "amongst others"). There might even be expansions, if the base game sells well. 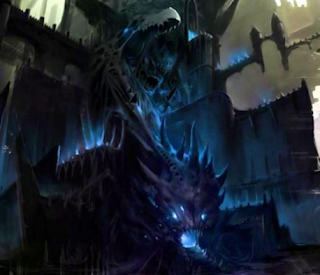 Who's ready to enter the great silver tower of Tzeentch?

Is that a hint about the board game? A Tzeentchian tower could be a suitably aos style 'quest' dungeon.
Maybe more a hybrid quest/pitfight

Sad Panda (the most reliable source of rumours around) said Tzeentch, which Hastings is now corroborating. No hints beyond that. I am super curious who the antagonists are. The fear is that it is the Stormcast, though a warhammer quest or even pit fighter style game could allow for bespoke minis from various different factions.
Regarding Tzeentch, Sad Panda said that this years AOS focus was Tzeentch but that a Lord of Change had not yet been started.

GD's are all finished and have been for some time, however I do not know if the LoC and other unreleased ones will get AoS'd before release (i.e. have slight alterations), FYI the Big Nurgle thing from End Times was originally going to be a GUO.

BTW I am officially retired now so it doesn't matter anyway, that Dakka accuracy thing was always a bone of contention with me, as I saw and heard about things at such an early stage they did not always see released, for example I know of several O&G things that existed as CAD files but didn't get released..... yet, likewise the TK colossus thingy. I have a bunch of negative scores on there for blood bowl alone, most of which are due to the project being started then canned, then started again etc.

Thank you kindly for the update. I suppose it wont hurt to just wait for this new release. Praying i wont be a pack with some existing models in - not in need of any more Pink Horrors!

AFAIK it's all new. Some of it kind of existing but with a new twist. If that makes any sense?

Thanks for the info, Hastings! Sounds really cool. Could you shed any light on the Aelves? No one seems to know anything...other than BL saying they'll cover the Realms of Shadow and Light this yr. Aelves still seem a huge unknown.

I know there is some kind of "monster" coming out for Aelves, but as for the Aelves themselves? I'm not sure if the aesthetic has changed at all, in fact I'm almost certain someone told me they were just repacks (along the lines of the Lizardmen) but with some new kits too. BTW that's not a rumour, that's just passing on what someone told me. TBH I haven't asked about anything AoS related at all, nor do I mind what it ends up being, as I'll not be buying it anyway


Need to know more about Tzeentch?