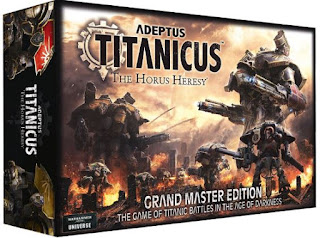 We finally have prices for the new game Adeptus Titanicus. While I don't quite yet have it in dollars or Pounds, this gives us a great look at the pricing.

Notice that the Grand Master Edition wont be available again until early next year.

The one thing that was stressed to me was that the Grand Master Edition Box set was going to be in very limited quantities.

The Warlord Titan
There are three sprues in the box. One for the skeleton-like chassis, one for the armour plates and another for its weapons.
Contains multiple heads and armour plates 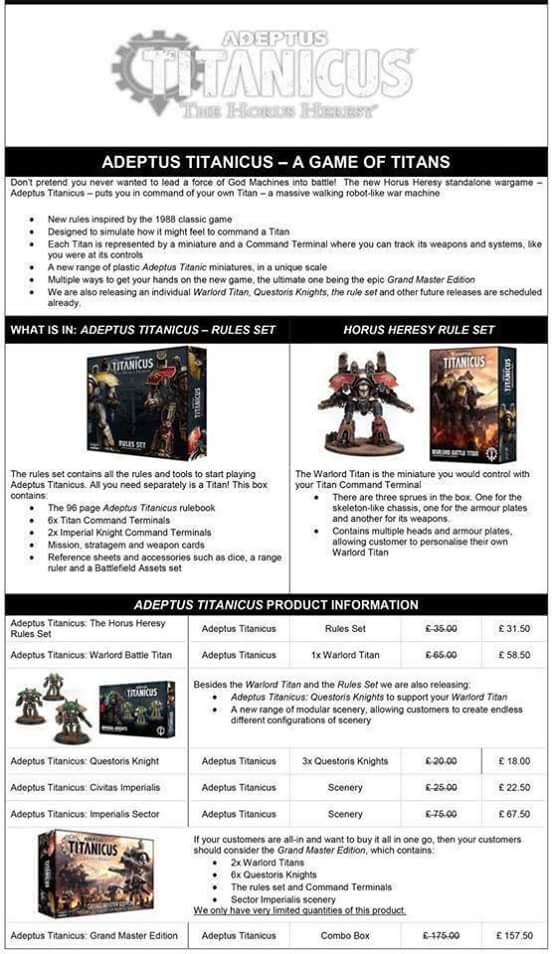 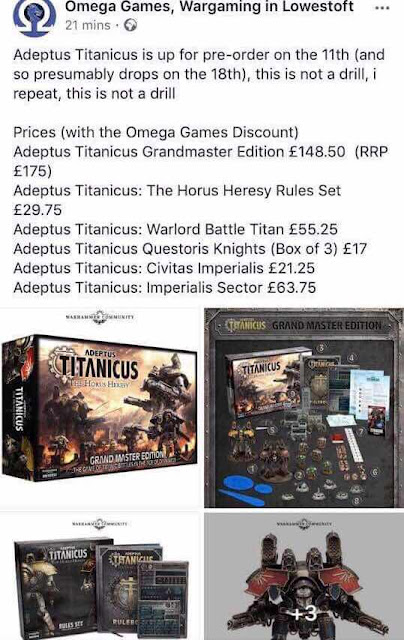