Lore for Adeptus Titanicus and the Horus Heresy 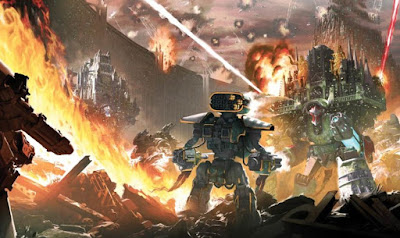 Warhammer 40k is nothing but rich in lore, so where does Adeptus Titanicus fit into all of this?


Adeptus Titanicus and the Horus Heresy have a long and intertwined history. Though the Heresy was first mentioned in the original Warhammer 40,000 rulebook in 1987, it was the following year that Adeptus Titanicus expanded on it and introduced the core of the background you know and love – all as a way to explain battles between two armies of Imperial Titans!
But what is a Titan, exactly? Magos Historicus Xathar-Kul is on hand to provide us with a brief primer…
Thirty years later, the new edition of Adeptus Titanicus is returning to the Horus Heresy, once again bringing titanic warfare back to the forefront – and it’s all been done in conjunction with Black Library and Forge World’s Horus Heresy series. 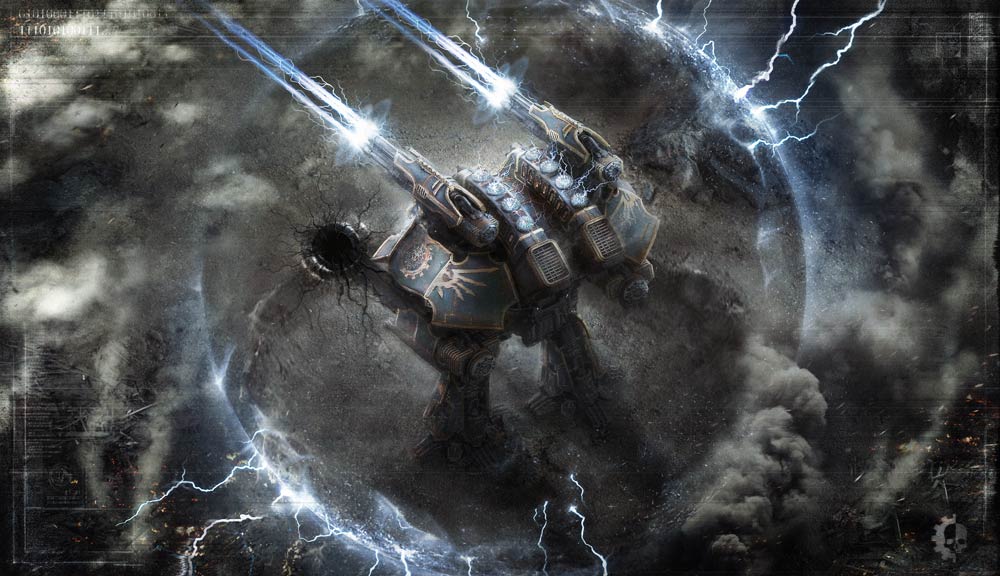 When it was determined that Adeptus Titanicus would be getting a new edition, the Specialist Brands team set to work on figuring out how it would fit into the background. It was clear that there was scope in the existing story for massive clashes between Titan Legions – the Betrayal at Calth and the Battle of Tallarn to name just two. 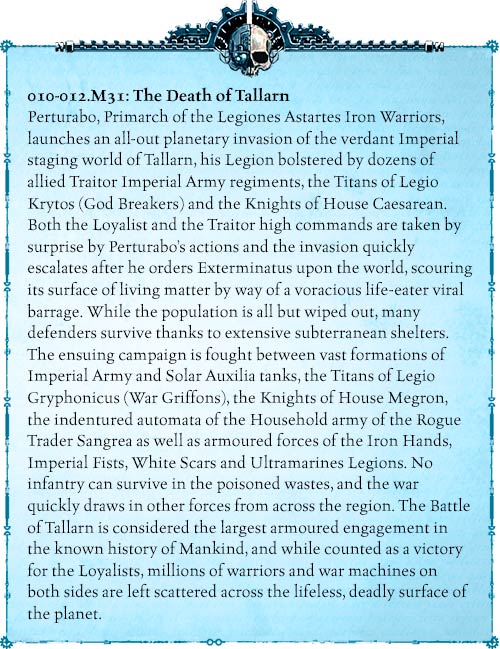 There was also an opportunity to add new elements to the timelines of the Horus Heresy – including something unique and cataclysmic that would also explain why the Titan Legions of the 41st Millennium are both smaller and rarer than during the Great Crusade.
And so the Great Slaughter at Beta-Garmon and the Titandeath were born. 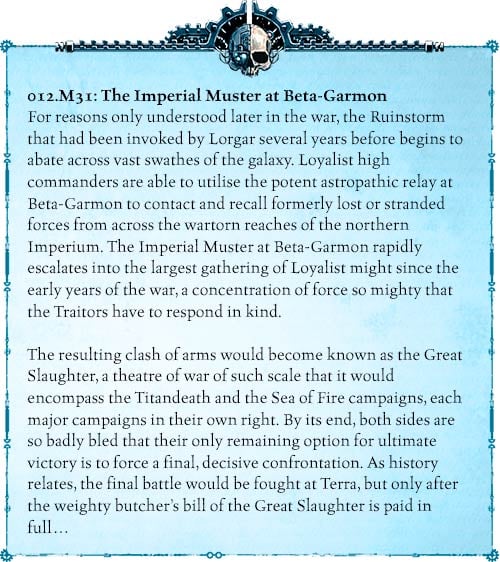 References to Beta-Garmon were seeded into Forge World’s Horus Heresy series, establishing it as a major cluster of worlds on the path to Terra – a natural stopping point for Horus’ forces before the final battle – and across a variety of Black Library’s Horus Heresy stories, its importance was further emphasised. In Gav Thorpe’s Weregeld (in the Coraxanthology), the Raven Guard primarch found out about the Imperial muster at Beta-Garmon – a thread followed up in the audio drama Valerius. Guy Haley’s short story Duty Waits referenced some of the immense battles on that world. And in Wolfsbane, also by Guy, we finally found out the Imperium’s plan for holding and bloodying the traitor forces there. 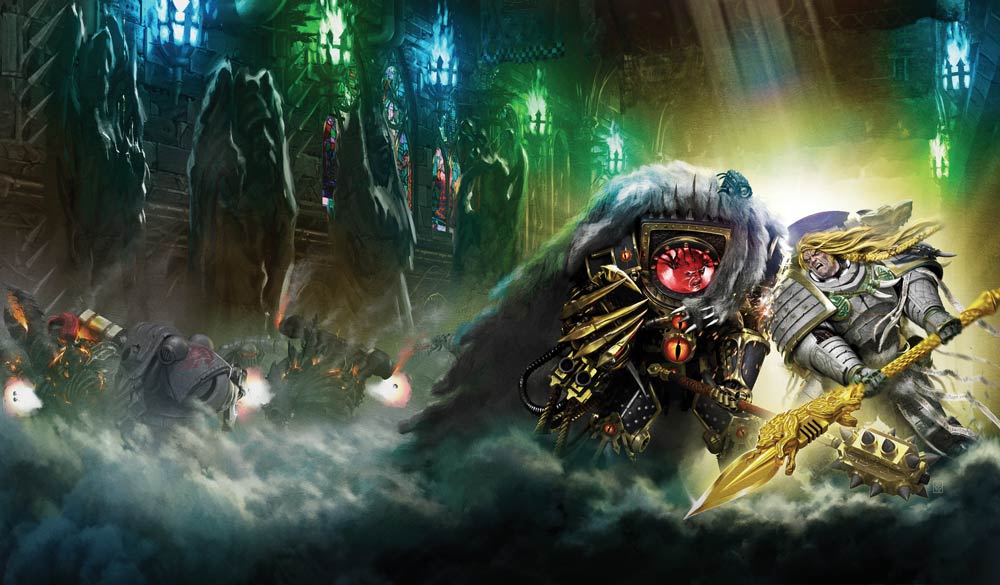 That all leads to Guy’s latest Horus Heresy novel, Titandeath, coming this December, which will be essential reading for all Adeptus Titanicus players, giving unparalleled insights into the battles at Beta-Garmon. We asked Guy about the creative process behind Titandeath, and he was only too happy to answer. 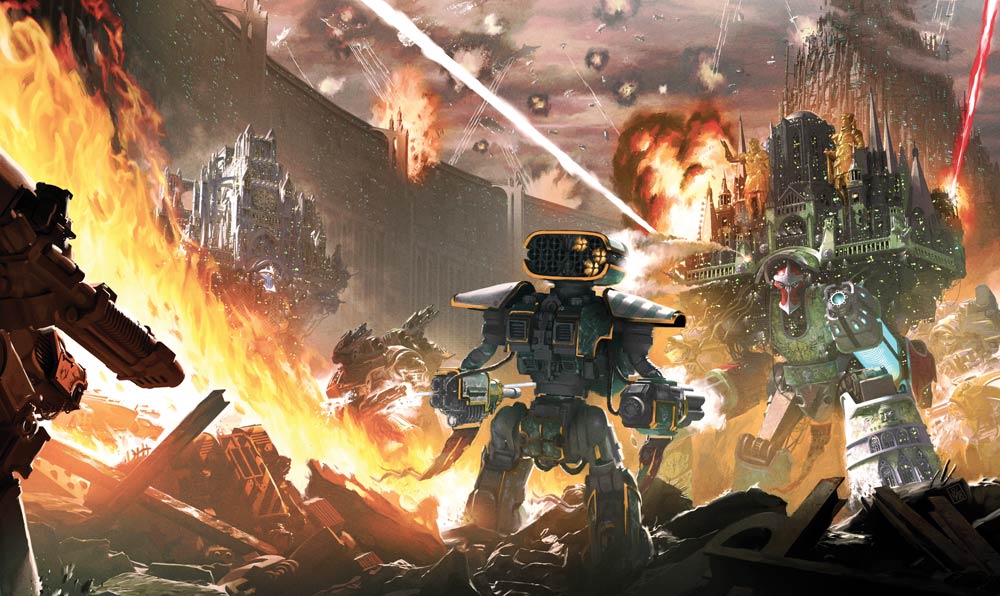 Guy: One of my favourite aspects of this job is getting to work with other people. I started my professional life as part of a small, creative team, eventually coming to run one in the shape of White Dwarf. Times change. As an author, I work alone, like an aelf wanderer, or a sad lost grot. The flexibility writing gives to my life is beyond worth, but I do hanker after collaboration with others, and when I wrote Titandeath, I got that in spades!
From the beginning, the links between Adeptus Titanicus and Titandeathwere strong. Andy Hoare and Owen Barnes placed the game firmly in the Horus Heresy, just like the original. However, nowadays the Heresy era is a vast and detailed setting. As they were working on various war zones and histories of the period, I was writing a book detailing Beta-Garmon, the location of the largest Titan-on-Titan battles ever. It was natural, nay obvious, that we should put our heads together.

As I planned my novel, Andy and Owen kept up a steady stream of information coming to me. Throughout the process we talked often, thrashing out details, working out who was where, when and why. They were nothing but gracious with their toys, incorporating many of my ideas into their background for the Beta-Garmon war zone, and tweaking bits to suit the story I wanted to tell.
When creative people work together like this, the result is always stronger than an individual effort. The result is a Horus Heresy novel more firmly embedded in the gaming side of things than ever before, one that was an absolute pleasure for me to write. 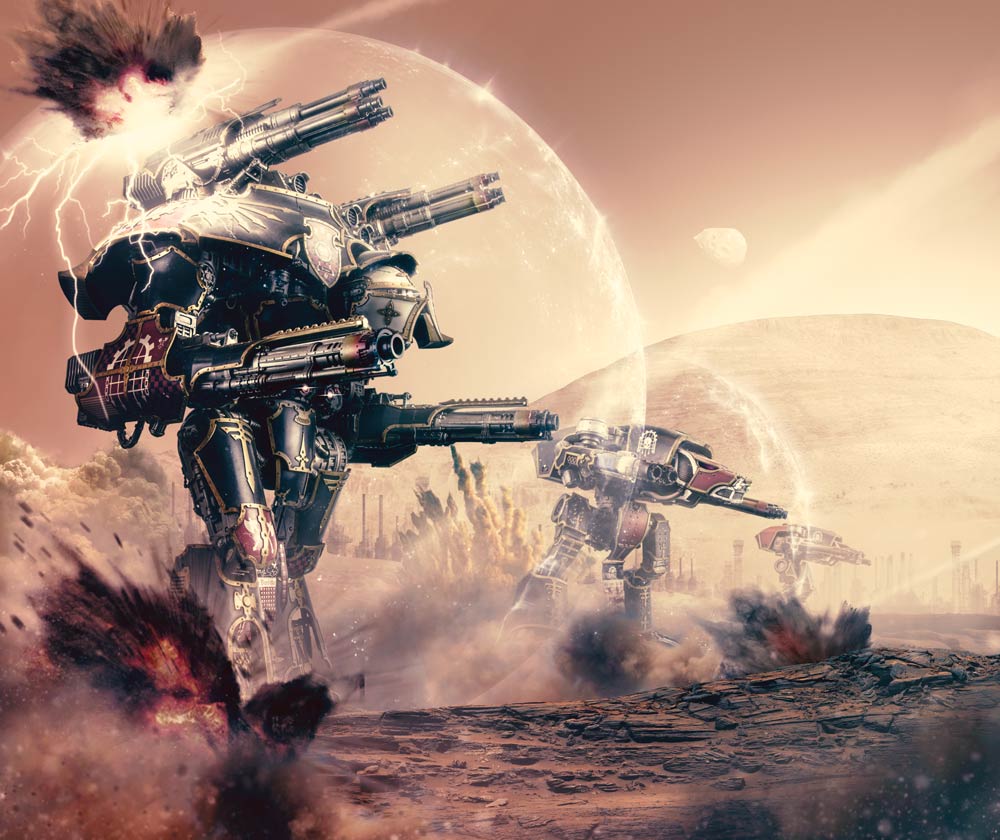 Whether you want to set your games of Adeptus Titanicus during the heart of the Titandeath, or elsewhere in the Horus Heresy timeline, the Adeptus Titanicus rulebook has plenty of story hooks and ideas, as well as narrative scenarios set on Beta-Garmon, Molech and other familiar worlds from the novel series – including Mars itself.

The setting also allows you to customise your Titan Legion and accompanying Knight Houses to your tastes – will you support Horus or remain loyal to the Emperor? Will you and your friends collect different Legios or stage a civil war amongst one? The possibilities are endless – and the Horus Heresy novel series is a great place to look for ideas.
8/07/2018
Natfka
Adeptus Titanicus , Warhammer 40k