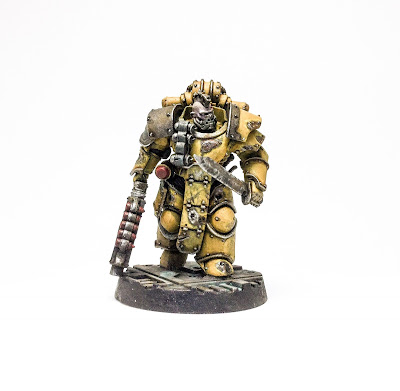 I just finished a Power Armoured Necromunda ganger that had some good feedback on Facebook, figured I'd throw it your way in case it's good enough to go on the site.


The concept was inspired by Necromunda being one of the Imperial Fists recruiting worlds. Whether this ganger is an Astartes is debatable, locals just know to stay clear, as he enforces Imperial justice (for credits, of course). The model's based off one of the Dark Imperium Plague Marines. I hacked off a lot and used a mixture of green stuff and ablative armour to give him a more battle worn look.

Cheers bud and keep up the ace work.
Ed 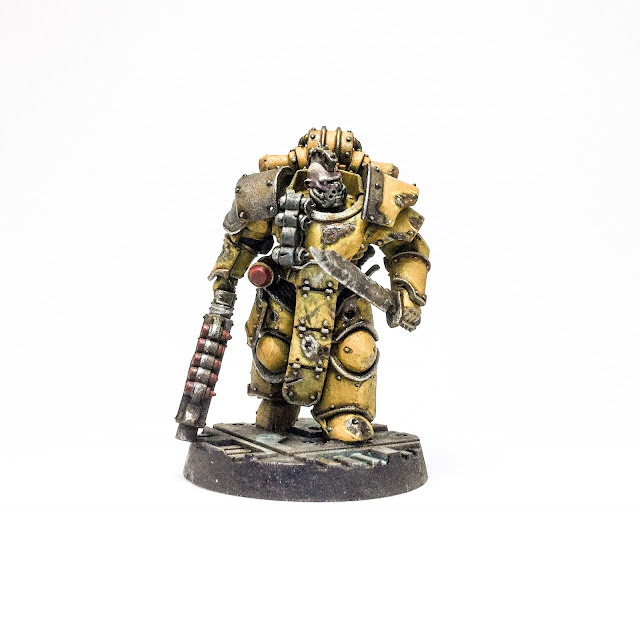 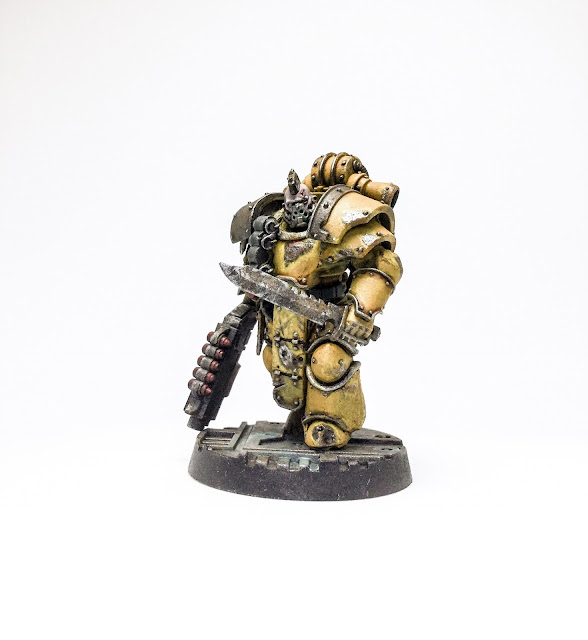 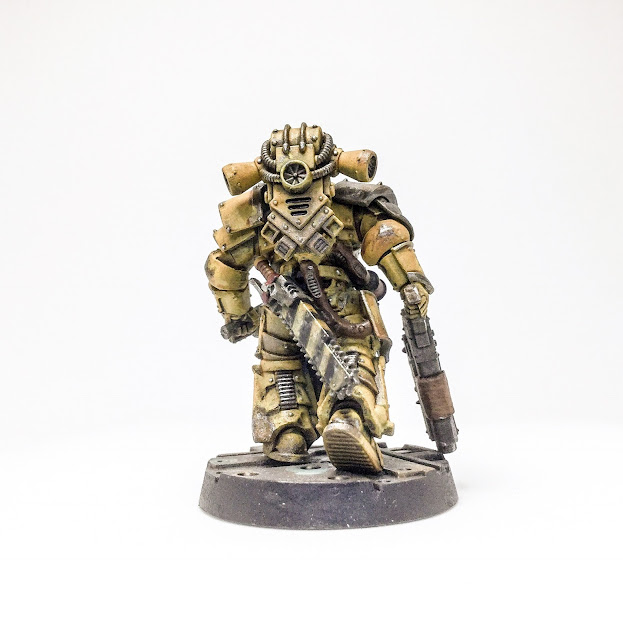