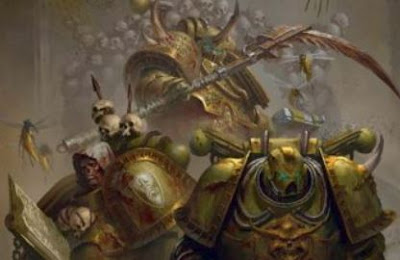 While discussions over on the Warhammer Community towards this week's pre-orders has been next to none, a reveal of new Black Library cover art is up. The Black Library is a huge source of our favorite artwork. Today's reveals has some ups and down... Ciaphas Cain... odd smirk and pose feels contorted, Lord of Silence looks solid, there is a good mix here today.

via the Black Library on the Warhammer Community
https://www.warhammer-community.com/2018/04/25/brand-new-cover-art-revealed-apr25/

First up, we have the triumphant return of Ciaphas Cain, in a brand new novel, Choose Your Enemies. 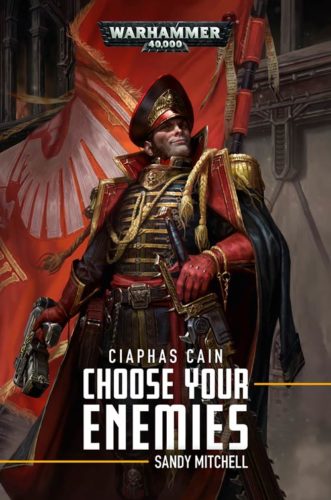 This art, byVladimir Krisetskiy, continues the grand tradition of Ciaphas Cain covers looking like Imperial propaganda – and Cain looks every inch the hero of the Imperium here, right down to the triumphant (some might say “smug”, but that’s heretical talk) smile on his face. In fact, with the aquila banner behind him and the decorations on his uniform and storm coat, we think this might be one of the most iconic depictions of Cain yet. 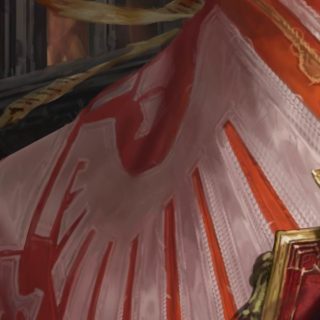 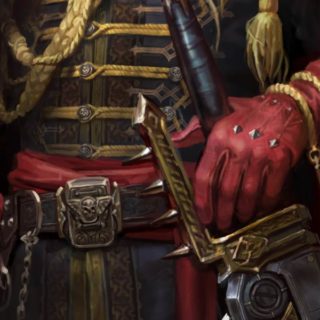 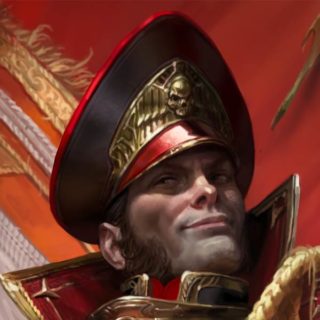 Speaking of icons, the most iconic models of the current edition of Warhammer 40,000 are undoubtedly the Primaris Space Marines, and the Primaris Chaplain and Primaris Apothecary are perhaps the most instantly recognisable (and awesome) figures in the range – which makes seeing them depicted on a Black Library cover more than a little exciting! 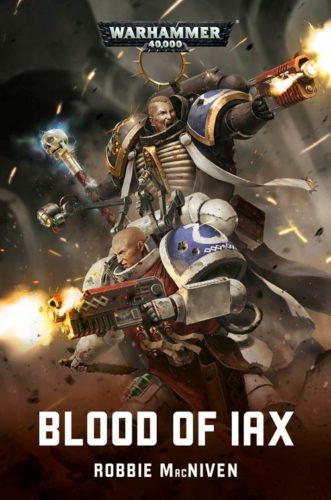 We have no idea yet what Blood of Iax by Robbie MacNiven is about (though we could make some guesses based on that title), or who these fine power-armoured gentlemen are, but this incredible art alone makes us wish we had the book in our hands already. It’s packed with details – from the Apothecary drawing a knife, ready to get in close with whatever enemies the pair are battling, to the Chaplain’s battle scars and pock-marked armour, and the glow of power around his crozius arcanum, and makes us want to see lots more from artist Marc Lee. 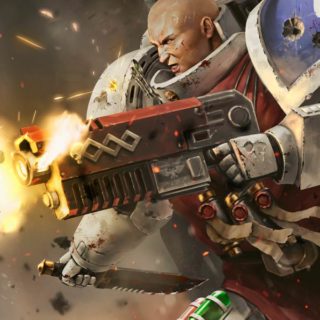 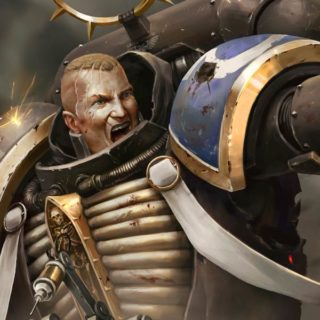 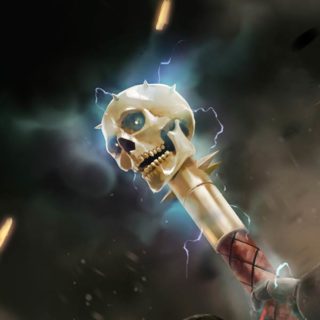 Of course, the latest iteration of Warhammer 40,000 also brought us a whole new take on the Death Guard, and their gloriously foul visages are also adorning the cover of The Lords of Silence. 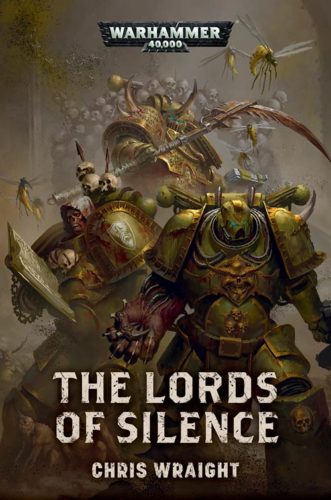 The design of this cover by Johan Grenier is devilishly clever, the three Plague Marines reflecting the tripartite nature of Nurgle’s symbol, and if that wasn’t enough, the disgusting details that are squeezed into the art like pus in a boil make it truly magnificent. Check out the rotting flesh and blood-stained hood of the warrior on the left, the ornate script all over the armour of the champion, and of course the clouds of flies that surround the three figures. Plus, let’s not forget the Nurglings at the bottom left. Everyone loves a good Nurgling, after all. 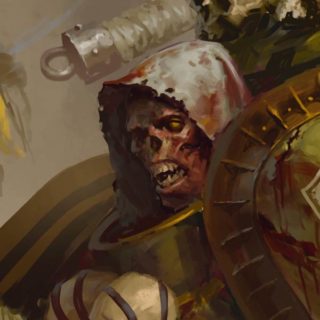 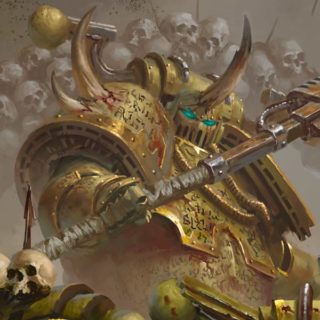 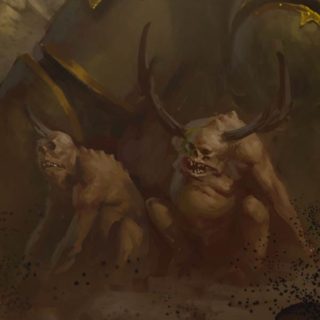 Johan’s obviously been busy, as we have another cover by him, this time for a tale from the Mortal Realms. 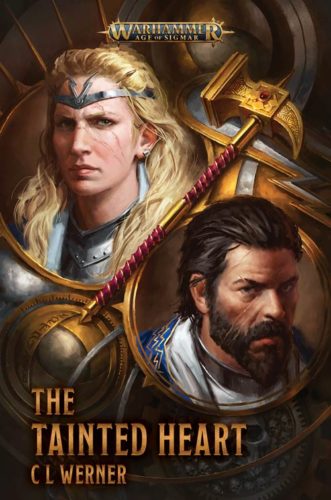 A pair of Order of Azyr witch hunters (called Talorcan and Esselt – you might just recognise them from an Advent Calendar story…) are the focus of The Tainted Heart, and they look simply amazing. Johan has brought them entirely to life, from their haunted expressions to the scars that stand testament to the trials of their chosen life. And the design they are embedded in, with arcane dials and Ghal Maraz, absolutely leaves the viewer in no doubt that these are devoted servants of the God-King Sigmar. 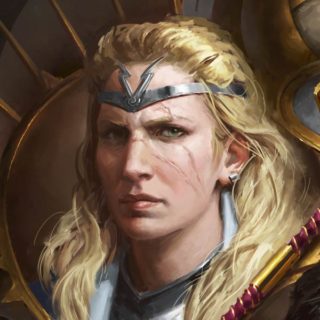 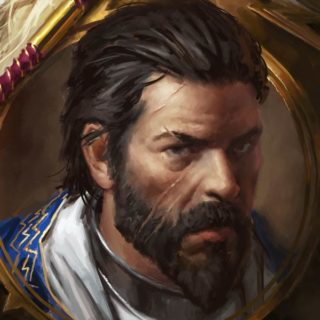 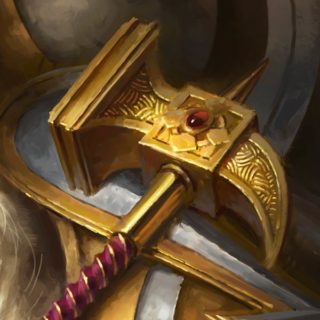 Finally, we return to the Horus Heresy with a very exciting cover indeed, depicting a whole host of Traitor Primarchs. 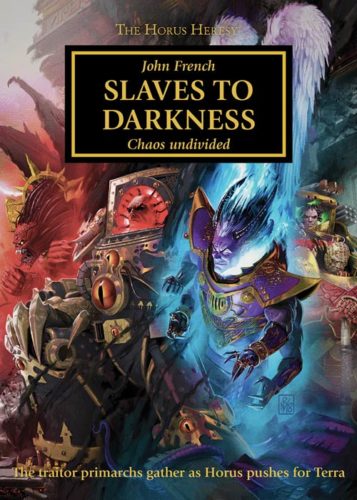 The Slaves to Darkness art, of course by the stalwart Neil Roberts, includes Horus himself, alongside Fulgrim and Angron (in their daemonic forms), plus Lorgar and Perturabo… and that’s just on the front cover! We wonder what the full panoramic art will reveal… but that’ll have to wait for another time. For now, let’s focus on the majesty of the Warmaster and his allies, gathered for the final push on Terra. We’re particularly fond of the faces on each of the five villains here, each showing a different aspect of evil intent. 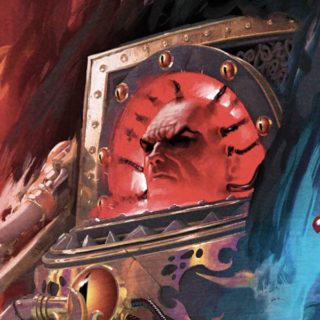 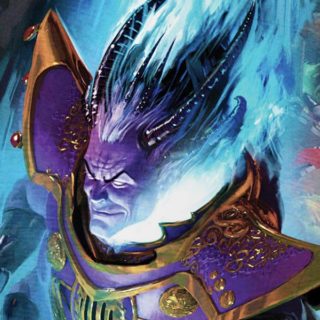 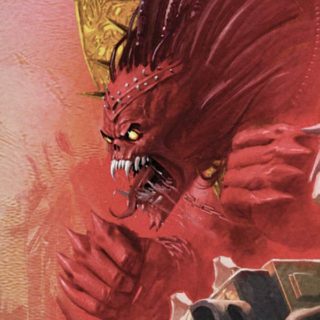 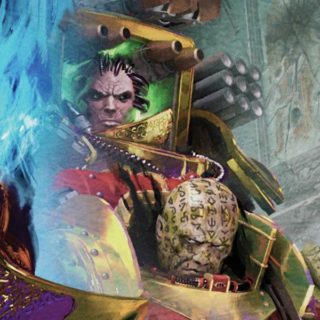