Monsters area a big part of the Idoneth Deepkin including monstrous sea turtles and massive sharks that they ride into battle. Need to know more? The Warhammer Community has a great preview of them today.

via the Warhammer Community
https://www.warhammer-community.com/2018/04/13/monsters-and-war-beasts-of-the-idoneth-deepkin-apr-12gw-homepage-post-1/


The Idoneth Deepkin make greater use of monsters and beasts than nearly any other army of Order, making up for their limited numbers and resources with magically enslaved bond-beasts. At their smallest, these may be the bioluminescent creatures that light the undersea enclaves or the familiars that fight alongside the Isharann. At their mightiest, these could be the savage Akhelian Allopexes or even the Akhelian Leviadon. 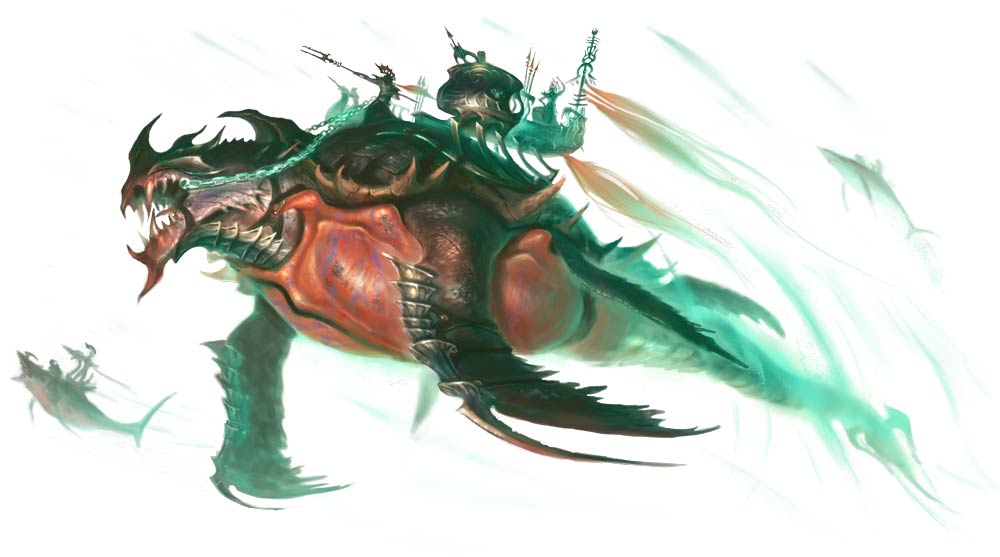 The bonds that the Idoneth Deepkin share with their beasts is a difficult one. While the Stormcast Eternals and Fyreslayers may possess a deep connection with their draconic allies, the Idoneth Deepkin must magically enslave their bond-beasts using the Embailors, a specialised sect of the Isharann. In order for these magics to take hold, the creatures must be blinded, for without this measure they risk slipping their bonds and escaping in a murderous rampage. There are groups and even whole enclaves of Idoneth Deepkin who trawl the oceans for beasts to hunt and capture, with the Ghurish forces of Dhom-hain training particularly vicious specimens.

There are some exceptions – a few Ochtar, such as the familiar that fights alongside Lotann, Warden of the Soul Ledgers, have proven loyal, as have the rare Deepmares ridden by Akhelian Kings.

The Idoneth Deepkin present all sorts of opportunities for hobbyists and gamers alike, boasting a rich stable of monstrous creatures to build your army on – take an Akhelian King as your general, and you could even field an entire mounted phalanx with Fangmora Eel cavalry as Battleline units! If you love using monsters, you’ll find the Idoneth Deepkin a very rewarding force – whether you’re looking to field an army of them or just want to add an allied detachment to your Order army. 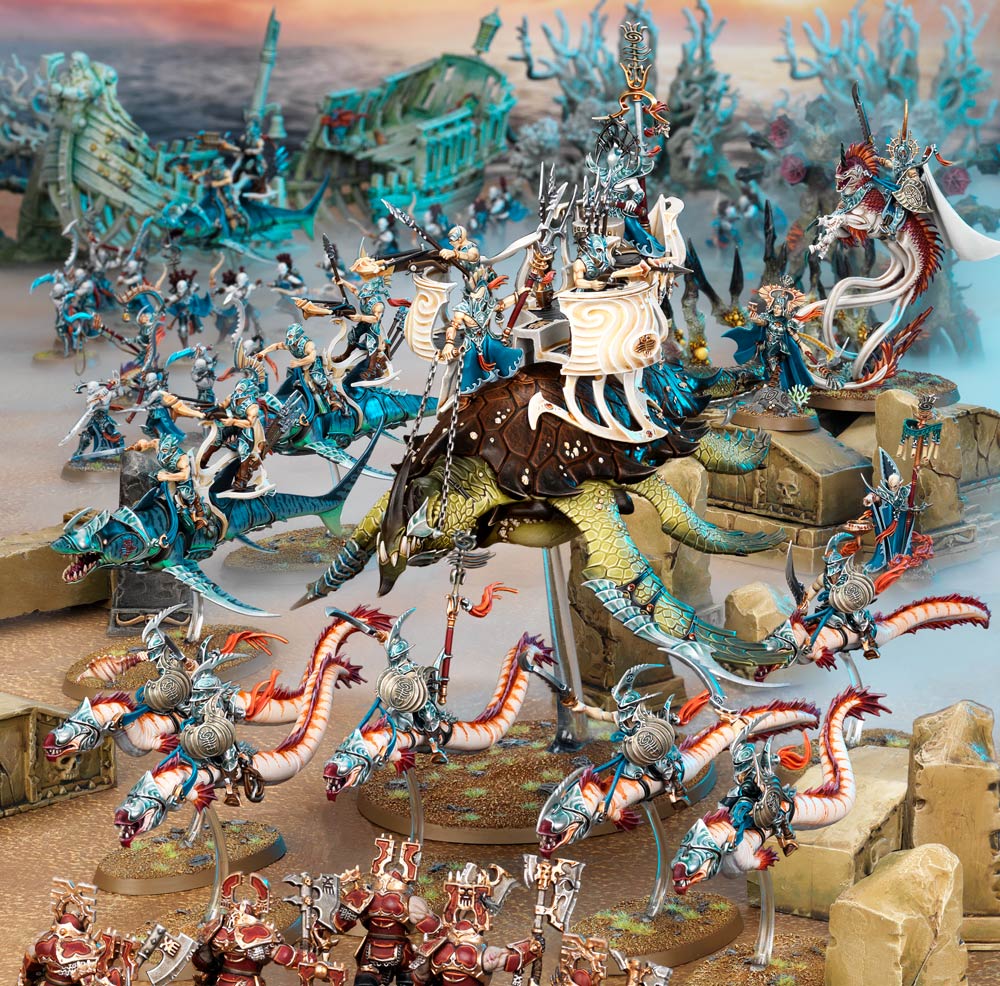 The greatest of the Idoneth Deepkin’s monsters is the Akhelian Leviadon – something between an armoured battleship and a dragon. Just check out its stats:

The Akhelian Leviadon plays perfectly to the strengths of the Idoneth Deepkin, shrugging off enemy fire in the earlier turns of the game before making a crushing charge. There are few things that can stand up to an Akhelian Leviadon on the offensive – particularly when you factor in its Jaws of Death:

With only one attack, you’ve just got the one chance each turn to unleash Jaws of Death – but should it go off, you’ll take a considerable chunk out of any unfortunate model’s Wounds in an instant.