Aurox Armoured Transport is Up for Pre-Orders. 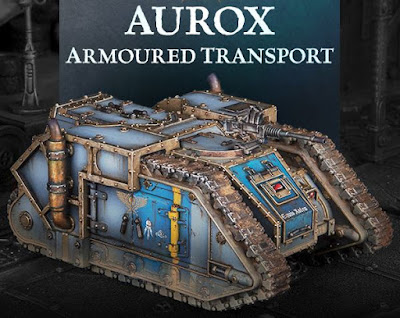 The Aurox is the latest addition to the Solar Auxilia and Imperialis Militia for the Horus Heresy. Its a new transport and the rules for it are listed below.


via Forgeworld on the Warhammer Community
https://www.warhammer-community.com/2018/04/20/unleash-the-aurox/

The latest addition to the armouries of the Solar Auxilia and Imperialis Militia is rolling off the production lines of the Mechanicum now, ready to get involved in your Horus Heresy games. The Aurox Armoured Transport is a beast of a vehicle, a heavily armoured behemoth designed to get grenadier units into position to bombard their foes, or to give commanders protection as they plan their next strike.

The Aurox bears a similarity to the ubiquitous Leman Russ tank and other Imperial armour, but its rear section is even bulkier and more heavily armoured than mainline battle tanks, the better to protect the crew within. It comes in 21 resin parts, complete with a choice of weapons – either a hard-wearing heavy stubber or a ferocious heavy flamer. 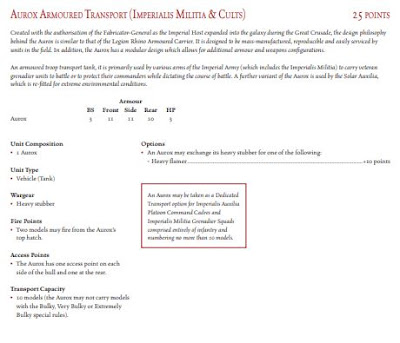 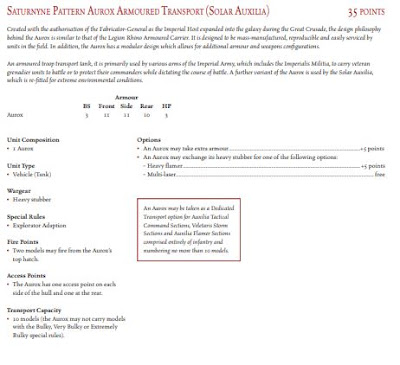