Updated!!!!...Leaked Images from White Dwarf- With Hints for Next Week! 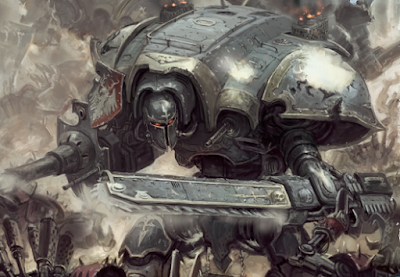 This week's White Dwarf has a large Imperial Knight on it's cover, and inside are hints revealing what pre-orders will hit next week. The issue this week is mostly a year in review.


here is a link to the images that were posted up elsewhere.
http://www.miniwars.eu/
http://imgur.com/a/0a6o0


Apparently this has a lot of people confused and thinking that there might be a brand new army to the 40k universe. That is not the case..... We have already posted up the release schedule for this.

These are new Battle Forces with good discounts.
http://natfka.blogspot.com/2015/12/there-are-new-starter-armies-coming.html

In addition there will be Mechanicus standard Grey as basecoat spray!!!