A new year, time to start a new army? 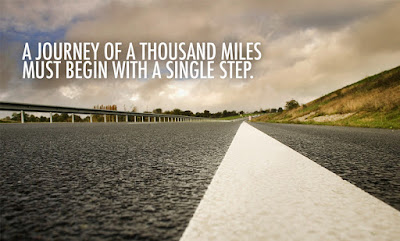 Hey everyone, Reecius here from Frontline Gaming to talk about every 40k enthusiast’s favorite mental exercise: starting a new army! And of course, Happy Holidays to everyone!


Most of us who’ve been in this hobby for any length of time have collected more than one army. There are those of us that only collect one, massive army of a single faction. That is always very impressive to me and very cool to see, but, in general terms I think most of us crave variety and the temptation of collecting a new army is always there. It can be daunting to start an entire new force. Figuring out what models you want, buying, building and painting them, etc. It’s a lot to consider! So, these simple guidelines can help make your decisions and the process of getting the army on the table easier.

I am definitely in the variety camp and have amassed something like a dozen armies at this point, some that are really big! Yeah, I have a problem, lol. The fun of it though, is variety. I love list writing and it’s fun to play lots of different lists. It keeps the game fresh and fun for me.
When looking to start a new army I look for a few key factors: 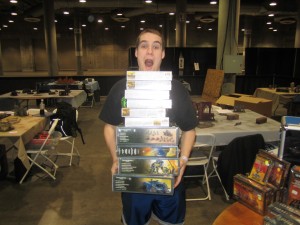 With those elements in mind, I set out to deciding how I will go about making a new force.
When I started making my Eldar, for example, I wanted to use my favorite units: Dire Avengers! I also wanted to build a list with a unique aesthetic so I chose a winter theme. This was a lot of fun as it allowed me to make cool choices like an Avatar that is frozen and Icy instead of molten, etc. I decided to compliment the winter theme and to stick with typical Space Elf colors, they’d use a lot of pastels like baby blue, violet, white, etc. 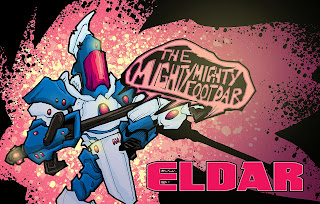 Then for playstyle, I wanted something unique: all foot Eldar, or Footdar! That would give me a challenging, fun, different way to play the army. However, I wanted to avoid taking units that weren’t going to perform well so I read the Codex several times, I asked a lot of other Eldar players on forums what they had used effectively and I read tactics articles like you can find in Frontline Gaming’s Tactics Corner. That helped a great deal to educate myself and avoid making purchases I might later regret because the unit was not very good, or, simply wouldn’t work well in my list.
So, all that in mind, I wrote down the list I thought I’d like to play and picked out all those units out for purchase. I then added in a few alternates in case I wanted to make some adjustments to my list, later. I picked up some cool custom bases to mix in and really take the army up a notch. For variety and customization, I picked out some fantasy Elf bits to mix in, and make the army unique!

Once I got all my shiny new toys (and remember at Frontline Gaming we sell Games Workshop product at up to 25% off, every day!), I set about getting the models built. I find it’s easiest to take entire units, clip and clean all the bits and put them into a pile for each model. Be careful with the new kits, they often have specific bits for each model, such as a certain torso going with certain arms, etc. Don’t get them mixed up! Once I have the entire unit organized this way, I begin assembling them.

Another trick of the trade to make your life easier, is to prime different bits that are different colors before you assemble them. For example, if I have Space Marines that all have black bolters but are beige colored, I don’t glue the bolters on. I assemble the model and dry fit the Bolter to make sure it fits right, then spray those black and then glue them to the beige primed marine to save a ton of time by avoiding base coating all the individual parts.

At this stage, I play a few games with friends to make sure I am happy with the list before I commit to painting everything. This way, I won’t waste any time on units I may not use.

Once you’ve got the list settled, primed and assembled, start batch painting those bad boys! Taking multiple models at a time and then painting one color on each really speeds things up. A great trick is to start with the bottom layer of color first, then working your way up so that you can cover up mistakes as you go. Example: an armor plate with a pouch on it. Paint the armor plates first, then the pouch, etc. working your way up in layers.

Lastly, base them all up in your theme (snow, ice and such for mine!) and you are ready to rock and roll! You’ve now got a brand new army, built effectively and efficiently and ready to rock. You can of course add things to it as you go, but it you’re like me and you’ve already started thinking about your next army, I find it is best to build a new force this way: played as a single list, so you can move on to the next project and keeps things manageable. This of course is all turned on its head when an edition rolls over and you have to update your armies, but hey, normally that doesn’t happen all that often and you get quite a few years of enjoyment out of your new army.

Hopefully that helps! What all do you do when building a new army? Do you go in with a plan like me or do you just let the army grow organically?
12/25/2015
Unknown