Home » The Genesys Project » Genesys- How to Customize Advanced Weapons

Genesys- How to Customize Advanced Weapons 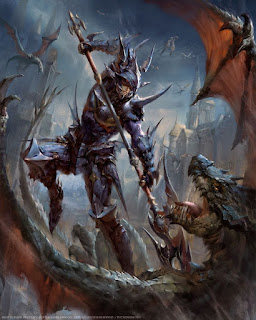 I hope everyone had a great Christmas..... Time for a little Genesys.
It's time to go a step further on weapon customization in Genesys, and show you how its done. First off it's important to know that there are a lot of standard weapons that are available to all Humanoid races. However, it is the advanced weaponry, which is weapons with increased attributes that I want to show off a little tonight.

You can also take additional traits when defining your unit classes. Advanced Weapon Traits taken at this point grant access to the advanced weapons only for unit class taking the trait.

So lets take a look at the First Age in Genesys, Advanced Melee Weaponry Traits.

Now that you have taken a primary trait, (which unlocks secondary traits), you can take additional traits as you see fit. This can greatly increase the Weapon Bonuses for your squads in game. It's also important to note that just because a squad can take a weapon, they dont have to. This just lets us know what weapons they have access to, and you are allowed to equip your squads how you see fit when you make your army lists for a game.

Now you may be saying wow, the point costs for each model can go up very fast, and this can be the case. However, there are also traits that give your race access to cheaper equipment. Some races just have access to an abundance of resources, and some dont.

Once you complete your weapon customization, give the weapon a cool name.... like "Executioner Axe" and your done.
12/26/2015
Natfka
The Genesys Project