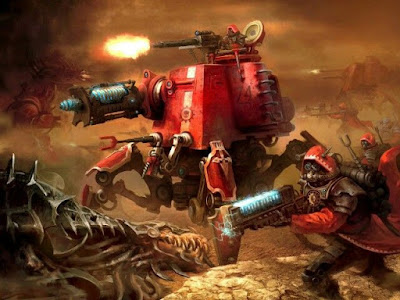 This week there is not a whole lot coming, but in next week's pre-orders we are going to see new Battle Forces for armies in both 40k and Age of Sigmar. It looks like there might be some savings in these battle forces, and along with new spray can bundles, it might be time to jump into a new army. 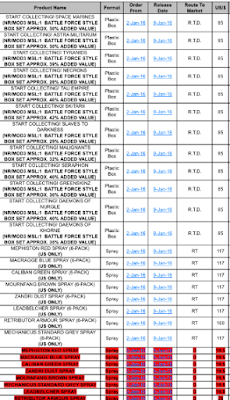 via anonymous sources on Faeit 212
These are the new versions  of the battle forces GW is making which all have a battle ready army inside. HQ, Troop, Other choice. Since the next 2 weeks is just White Dwarfs, start saving your money now for the box sets on the 9th of January

Each box will include a unique formation rules set or war scroll for the army.

Miniwars has a full listing of what is in each of the battle forces
http://www.miniwars.eu/2015/12/rumor-rebajas-40k-age-sigmar.html