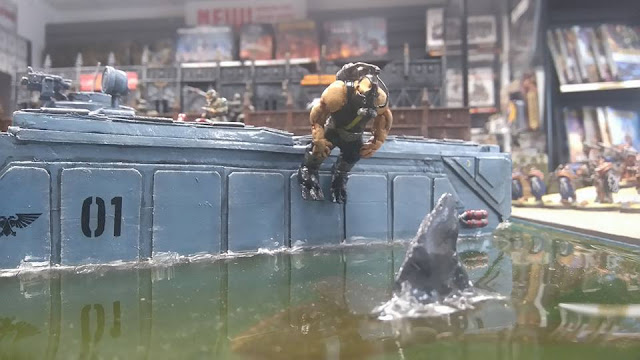 I thought you might be interested in my entry for last weekend's Armies on Parade 2016
In 2014 I created a harbour scene with Empire troops and a sailing ship (made mostly from Pizza and cereal boxes).  This year I decided to create an updated version with Imperial guard.

The landing craft was again primarily made out of card rescued from kithcen recycling.  The most popular items seemed to be the ogryn frisbee players and the sand castle !

I have included a couple of 2014/2016 comparison pictures.
I would be interested in any comments 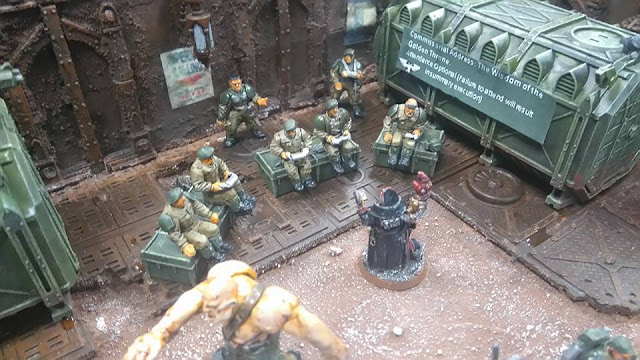 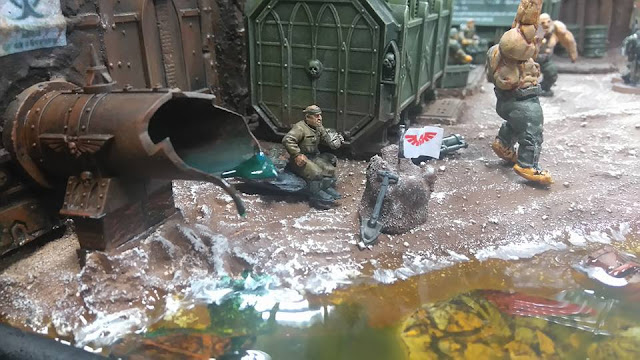 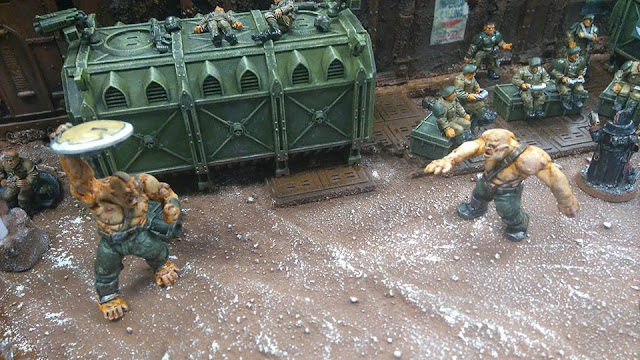 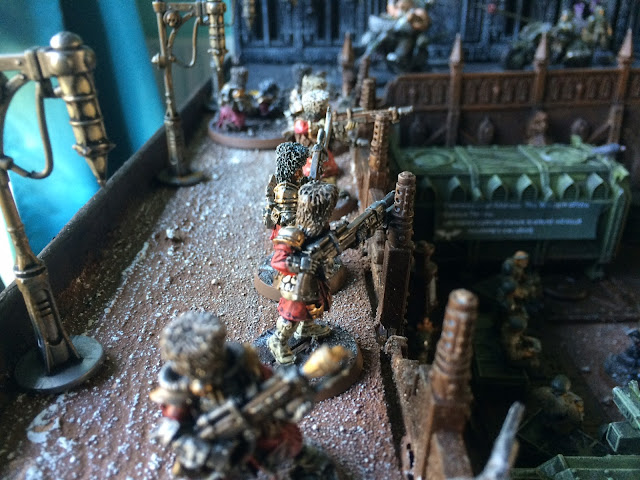 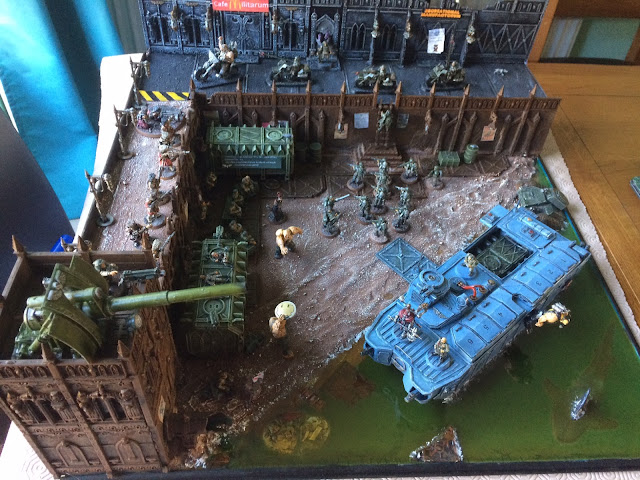