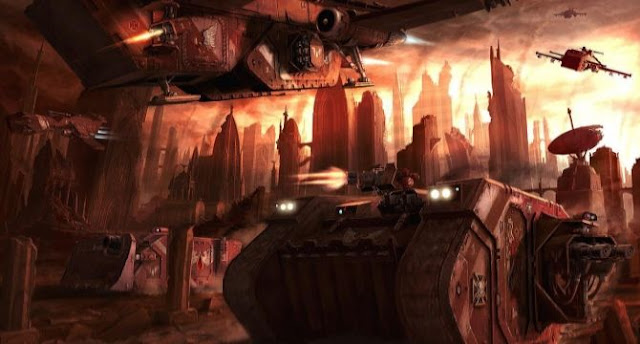 There has been a lot of rumors suggesting that we will be getting a new edition for Warhammer 40,000 in 2017, and right now everything has been rather quiet on the rumor front regarding any changes that may be coming. That said, Bols has posted up a rumor that looks more like a hopeful and logical list of things that we are looking towards in a new a edition, than a rumor.


So while this should be given lots of salt as a rumor, the discussion of it and what we hope to see in a new edition is very valid.

via Larry Vela on Bols
(Industry professionals) tell Bols the following:
GW is borrowing some rules mechanics form Age of Sigmar to pull over into the new edition.
Look for an emphasis on ease of play, especially for new players.
Look for the variable-stats-based-on-damage rule mechanic seen on some Age of Sigmar monsters to make it’s way into the Grimdark.
Look for Psychics to be greatly simplified.
Army construction will not be constrained.
Some version of AoS Warscrolls will make their way into the game.
The game will retain it’s gameplay and tactical depth, and not come anywhere near AoS’s tiny 4 pages of rules.
GW’s design goal is to maintain 40K’s depth of tactics and play, while speeding up playtime and removing needless detail.
11/17/2016
Natfka
News Headlines , Rumors , Warhammer 40k