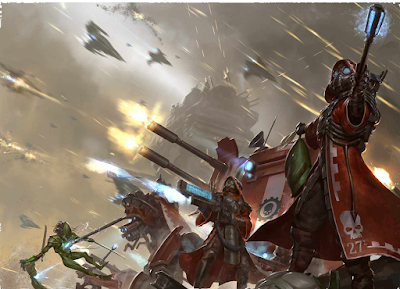 If you have been wondering which of the armies will get represented for the new premium start collecting box sets, we are finally getting an answer to them. They also will be available December 3rd according to the latest, which would put pre-orders at November 26th.

There are the latest bits I have been hearing... through the comment sections here on Faeit 212

via Dave on Faeit 212
I have it on very good authority that the Premium boxes are going to be based on the top-selling armies from each system, so AoS is going to be Stormcast, Sylvaneth, Ironjawz and Bloodbound as stated in the article.
40K is going to be: Deathwatch, Space Wolves, Mechanicus and Tau.


via Stealgaze on Faeit 212
Local store had Christmas catalog in which said they would be available 03.12.16
Sigmar was stormcast,iron jaws,bloodbound and sylvaneth from memory. And price was £100.