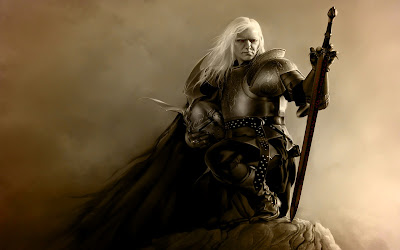 The Whiterunners are a mysterious group of raiders known for the attacks in the dead of the night. They appear as ghostly spirits able to possess the unfortunate, striking swiftly under the dim light of the moon.


There is an update coming this weekend to the Humanoid Primarius and Core Rules. Its a great time to jump in, and be a part of the Create a Faction Contest. The more entries we receive, the more it becomes apparent just how customizable the Humanoid Primarius is. Get your creative cap on, and create a faction that is truly yours. 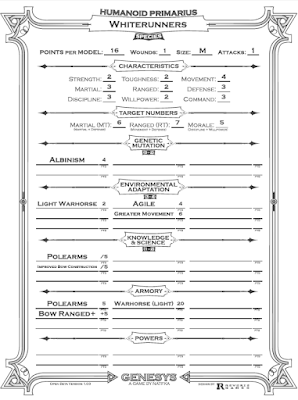 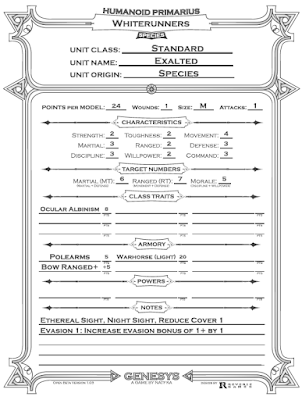 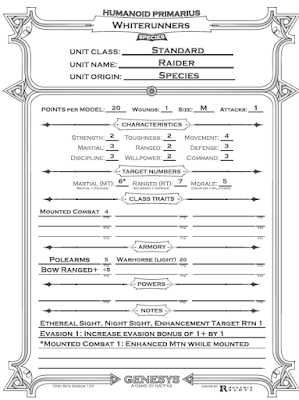 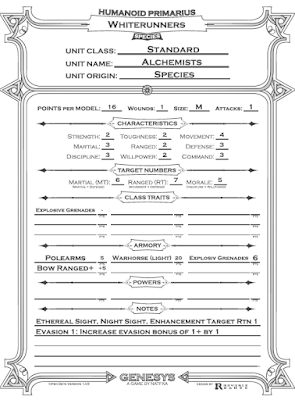 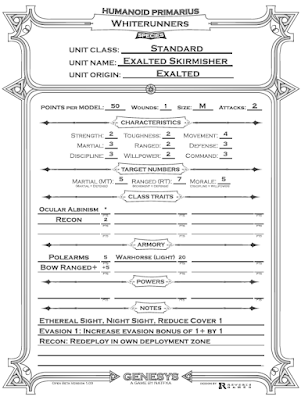 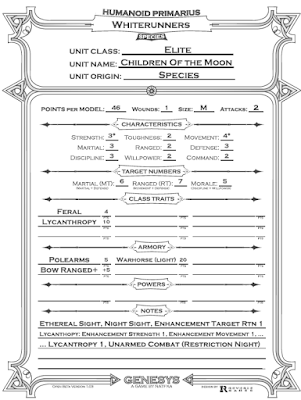 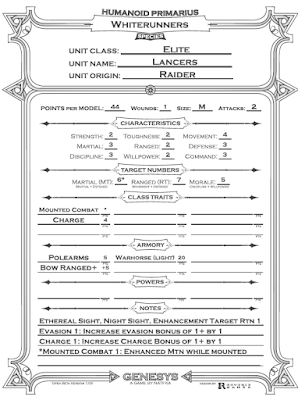 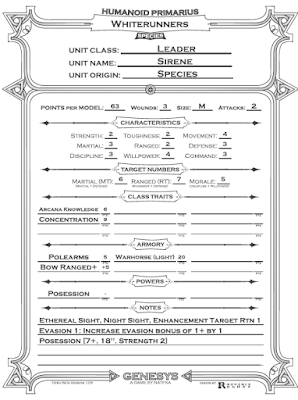 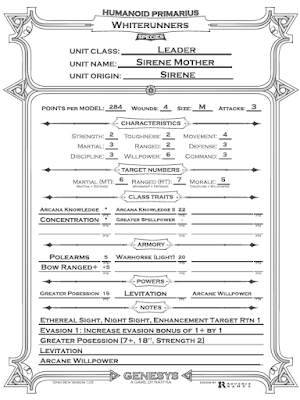