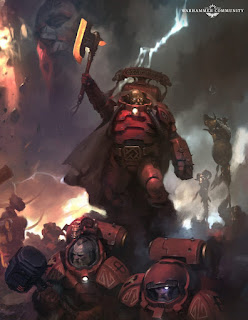 For the Leagues of Votann comes a leader with loads of options, including a Plasma Axe. 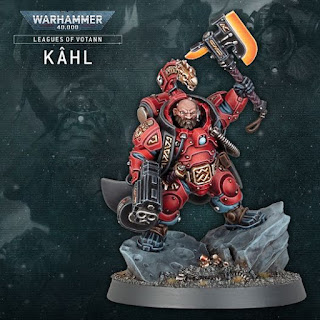 Appointed from among the Leagues’ most skilled and dependable warriors, these generals are the final authority over an individual Oathband. Subordinate only to their Kindred’s ruling Votannic Council, the Kâhls back up decades of hard-won experience with rigorously drilled combat skills, and the Leagues’ signature advanced weaponry.
This is the first time we’ve seen a Kin in red armour.  He’s from the Ymyr Conglomerate, while that classic teal colour we’ve seen so far are from the Greater Thurian League. We’ll have more on these and the other sub-factions of the Leagues of Votann soon…
On the tabletop, these stalwart HQ choices are the core around which the Leagues of Votann’s war machine revolves, directing assaults while smacking their foes with the business end of a plasma axe. Their most important role, however, is to cast the Eye of the Ancestors over their foes – marking out priority targets and ensuring the most dangerous enemies are the first to feel the wrath of the Kin.
This is a multipart kit with options for heads, weapons, and equipment, so you can tailor your commander to a particular battlefield role. We can’t say exactly what all the weapons do yet – but a volkite-and-power-fist combo can’t be bad. 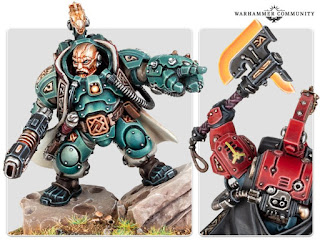 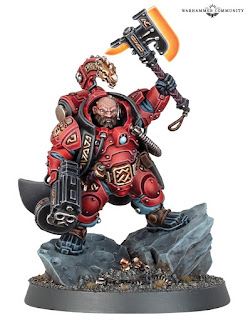