Boarding Actions in the New Kill Team- Into the Dark 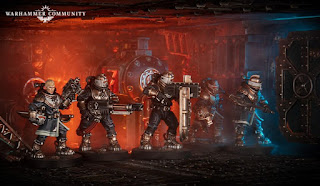 This looks very interesting today, boarding actions....
via Warcom
https://www.warhammer-community.com/2022/08/09/once-more-unto-the-breach-the-best-weapons-for-boarding-actions/
There are a few vital factors you should consider when you’re arming up for the claustrophobic confines of an enemy vessel.
High Volume, Short Range 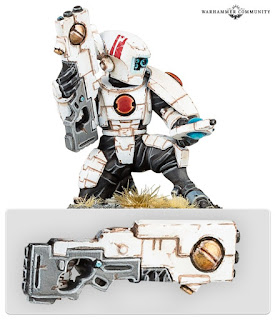 The T’au aren’t alone in understanding the power of the spray-and-pray. Skitarii Vanguard use radium carbines to saturate whole corridors with sickening energy, while Guardian Defenders fire a flurry of razor death from shuriken catapults.
A Polite Knock at the Door 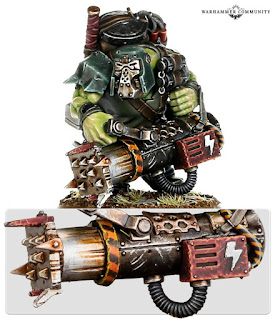 Melta weapons – using technology many enterprising Imperial engineers employ for cutting wrecks apart – are also an all-time classic for close-range carnage, and have a tendency to make their unfortunate victims look like the results of a botched welding job.
Shock and Awe 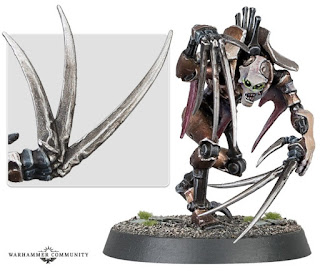 While Necrons may seem robotic, their lingering encoded identities can degrade to the point of terrible sickness. Flayed Ones desire nothing more than to leap from the shadows, butcher the living with flayer claws, and drape the flensed skin across their steely frames. It’s not fooling anyone, but it scares the daylights out of any defenders. Imagine meeting this guy in the dimly-lit corridors of an unfamiliar spacecraft!
Riding Shotgun 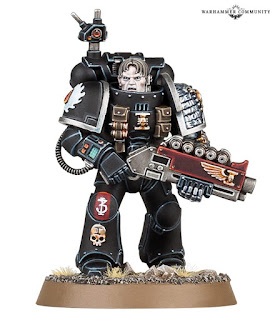 The Neophyte Hybrids of the Genestealer Cults also have Cult shotguns aplenty for double-barrelled carnage – perfect for spreading clouds of buckshot down the claustrophobic mining tunnels they infest on loyal Imperial worlds.
8/09/2022
Natfka
Kill Team, Kill Team Into the Dark