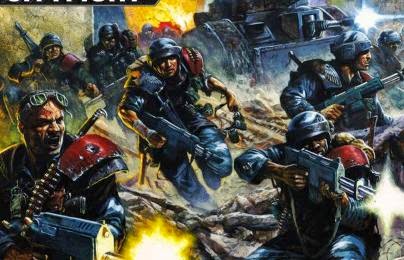 We saw in the leaked images yesterday that had the back of the White Dwarf hint " Free Cities of Death Tactical Objectives".. According to the latest rumor bits, these Objective Cards will be the first half of a release, with a second set coming later, both of which will be freebies in White Dwarf.

Consider this a rumor, even though we know its very solid with the released images.

via an anonymous source on Faeit 212
Hey!
the White Dwarf, released on 20th December, will contain the first half of the Objective Cards of Cities of Death FOR FREE! More Cards will be in a later issue.