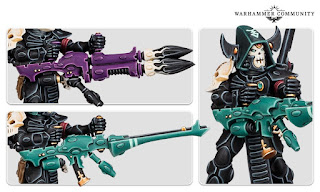 The kit comes with four warriors and an Exarch, as well as a Dark Reaper shrine – a representation of the god Khaine as he is perceived by these grim Aspect Warriors.
The Exarch has a choice of heads and a massive four weapon options, including the classic Reaper launcher, a three-tipped tempest missile launcher, an Aeldari missile launcher and a shuriken cannon.

For the first time, you’ll also find unhelmeted options for each warrior for use in Ynnari armies. They still retain their iconic range-finder fins, so they’re just as good at taking down their marks. 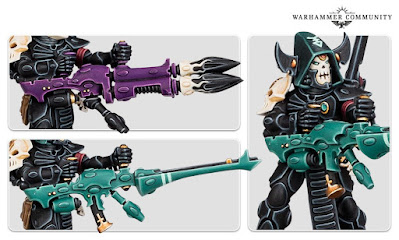 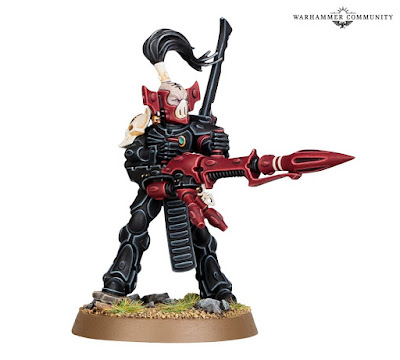 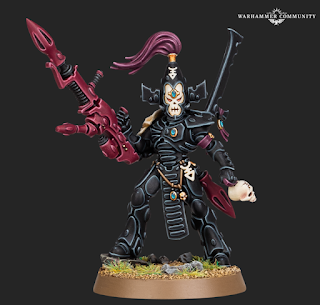 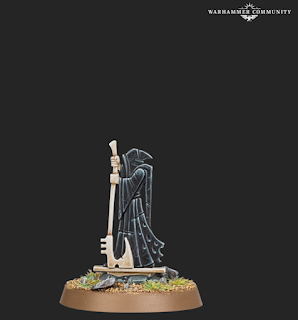 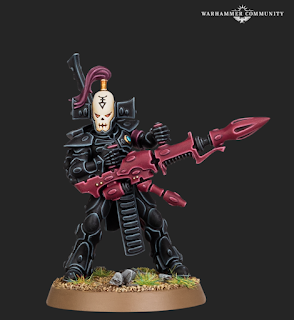 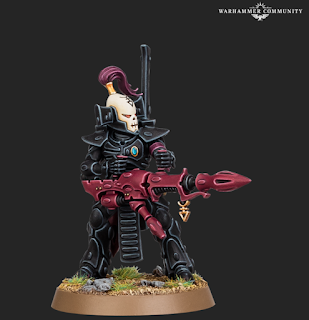 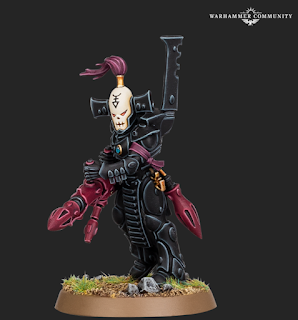 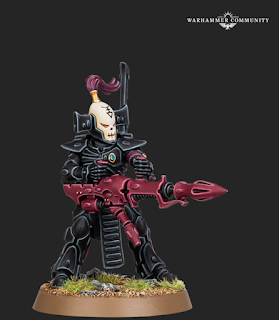