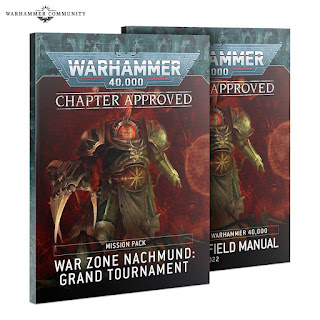 Missions have all been reviewed and improved, with new rules to ensure every game provides players with tactical challenges. There are nine each for Incursion- and Strike Force-sized games, such as The Scouring. 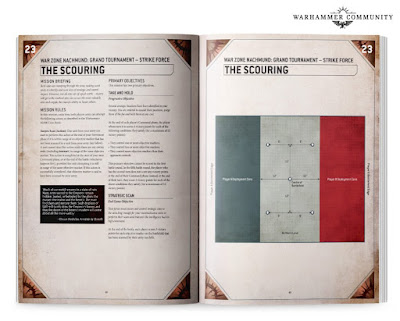 The Warhammer 40,000 team have adjusted a handful of secondary objectives based on feedback from the community. They’ve also added new secondary objectives for factions that don’t have their codex yet, which is good news for Astra Militarum, Tyranids, and Chaos Knights players, among others.
When players select secondary objectives, they must select three. At least two of these must come from this Mission Pack, while the third can be from their codex or codex supplement, for new layers of strategy. 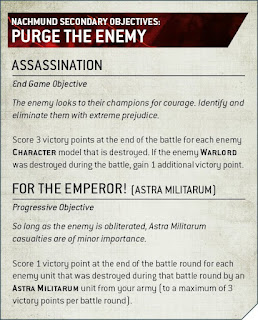 The biggest change to list building are selectable sub-faction keywords such as <Chapter>. Originally these were picked on a unit-by-unit basis, so squads and Detachments could come from different subfactions. This selection is now made when you start to build your list, and the sub-faction you choose now replaces every example of that keyword – meaning your whole army now has to come from the same grouping.

The last major change comes to Fortifications. These structures have previously chafed against mission deployment, so a new rule has been put in place for players who want to bring their buildings and barricades to the table, which should make deployment easier. 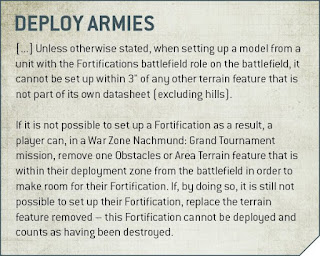