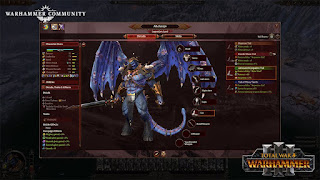 The new Total War Warhammer III will allow you to build your own Daemon Prince. Sounds like I'm in. 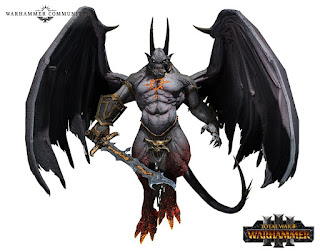 via WarCom
https://www.warhammer-community.com/2022/01/19/build-your-own-daemon-prince-to-bring-a-personal-touch-to-the-end-times-in-total-war-warhammer-iii/
You can choose any of the four gods, or become a servant of Chaos Undivided, adding your own special blend of magic, mutations, and malfeasance.
Only recently ascended from their mortal existence, this Daemon Prince has a full storyline to follow and acts in all respects like other named Legendary Lords. The only difference? You get to control how your character progresses and grows (and mutates) by earning a resource called Daemonic Glory. You can spend this to curry favour with the Dark Gods, who will, in turn, bestow upon you gifts ranging from eldritch powers to accursed equipment. With billions of potential combinations of artefacts, abilities, and appendages, no Daemon Prince will be the same.
1/19/2022
Natfka
Total War Warhammer 3