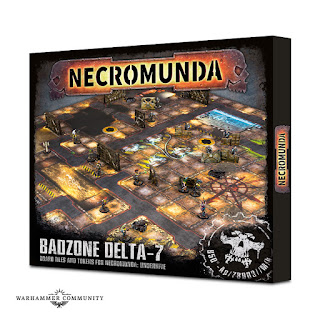 Necromunda gets the latest gang for pre-orders next weekend, while Shadespire gets a Fyreslayer release. Here is a look at next everything coming next weekend.

via the Warhammer Community
https://www.warhammer-community.com/2018/02/04/next-weeks-pre-orders-bold-warriors-dark-cities/


In the mist-shrouded streets of Shadespire, two new warbands will be battling for shadeglass, glory and survival. The Fyreslayers of the Chosen Axes, in an echo of their Trollslayer forebears from the world-that-was, seek to atone for the failure of their ancestors to keep the Mirrored City safe, eternally battling to try and lift the curse that blights the city. Led by Runefather Fjul-Grimnir, they are a slow but sturdy warband. When Inspired by holding objectives, they become truly difficult to shift, and monstrous in combat. The box contains four Easy to Build Fyreslayers in orange plastic, and their fighter cards, plus 60 cards to use in your games – 29 unique to the Chosen Axes, and 31 that can be used by any warband. 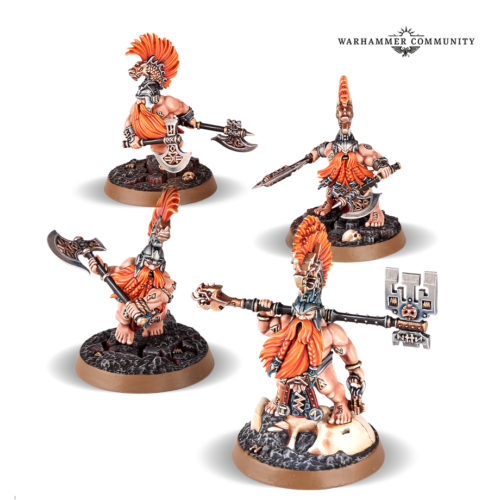 Facing off against the doughty duardin are Spiteclaw’s Swarm, a band of dastardly skaven out to secure all the shadeglass they can. The fastest warband in the game, Spiteclaw’s Swarm excel at surrounding and picking off vulnerable enemies – and when their Clanrats die, they can be replaced with new ones who start on any starting hex, including those of their foes! The five push fit models in the box are in brown plastic, and ready to be used straight away, and like the Chosen Axes, they come with 29 warband-specific objectives, ploys and upgrades, and a further 31 universal ones. 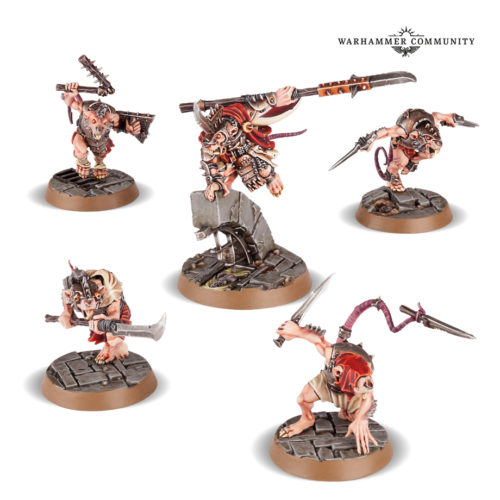 Both new Warhammer Underworlds: Shadespire warbands are joined by themed card sleeves and dice sets, perfect for keeping your cards safe and ensuring that you always roll the results you want! (Okay, we can’t guarantee this, but completely unscientific studies show that using themed dice helps almost as much as having fully painted models.)
Meanwhile, in the underhive, the dominance of Escher and Goliath gangs may be at an end, as the warriors of House Orlock join the fray. The Orlock Gang boxed set contains 10 plastic gangers, with a multitude of options. Five different body designs are joined by 10 different heads, and loads of weapons, including very cool drum-fed autopistols, combat shotguns and some unique kit, such as harpoon launchers and servo-claws. There are two complete sprues in the box, giving you a total of 10 bodies, 20 heads and all the weapons and equipment you need to customise your gang to your taste. 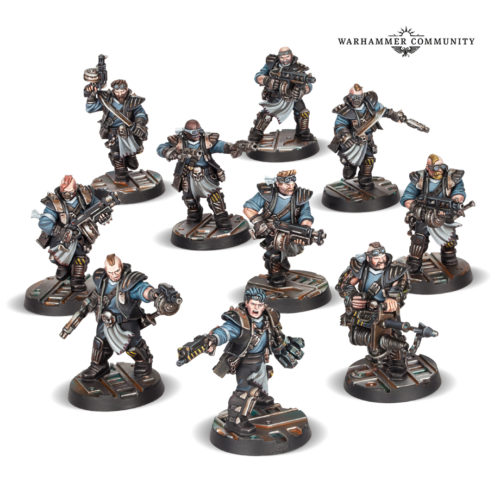 Along with the models, there will be themed dice, and a set of Orlock Gang Cards, which give you eight new Tactics cards to use with your House Orlock gang, plus 12 that can be utilised by any gang. You also get 6 blank Fighter cards stamped with the House Orlock logo, designed to mark out your heroes. 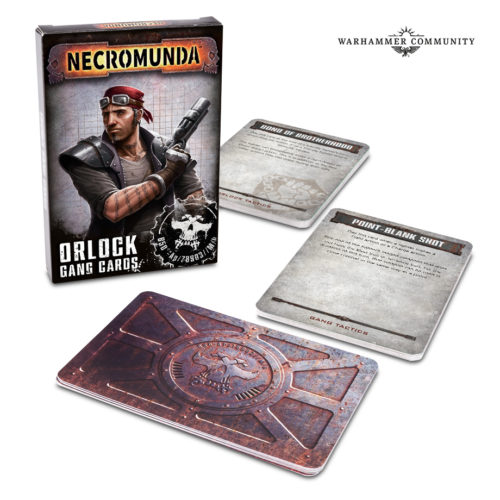 But what about the rules for the Orlocks? Well, you’ll find those in Necromunda: Gang War 2. This 48-page softcover book introduces the background, rules and equipment for the Orlocks, alongside rules for various Hired Guns and Hangers-on who can aid your gang. 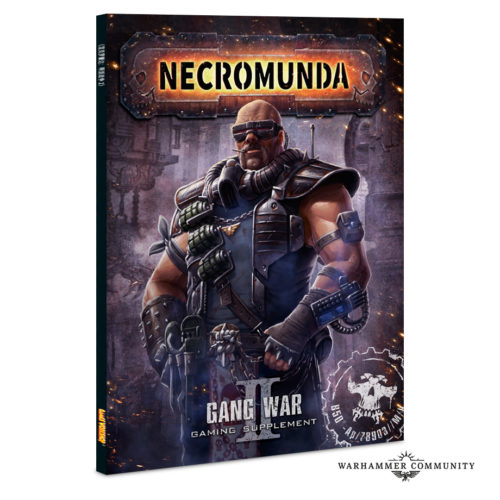 There are also seven Dramatis Personae, heroes and villains of the underhive who can aid or thwart your rise to the top. Underhive Perils also introduce new elements of environmental danger to your game, and include full rules for the new Underhive Badzone Delta-7 tile set, which gives nine new double-sided board tiles to add to the ones in your Necromunda: Underhive boxed game. Deal with nesting xenos, insidious cults, flooded chambers and much more with these tiles and the rules in Gang War 2. 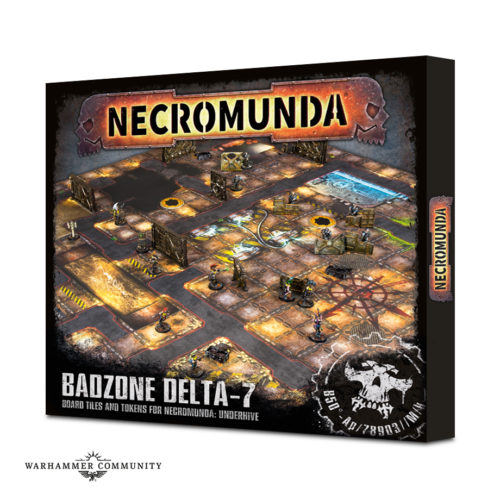 All of these items will be available to pre-order next Saturday. Until then, keep an eye on Warhammer Community for in-depth looks at the new Warhammer Underworlds: Shadespire warbands.