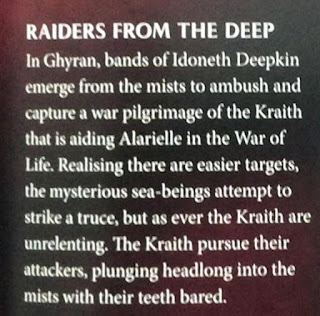 Thats right...... Sea Elves are coming and we have some pics sent in from a reader here on Faeit 212 that originated on Facebook.

Better yet..... we have some other inside information that can now also be shared from anonymous source here on Faeit 212. Apparently they are coming in April! Add these two things together... and April should have some new models for us.

via anonymous sources on Faeit 212
April will be another month of elves, I was told to be sea elves!??! with some giant turtle as the monster unit.... 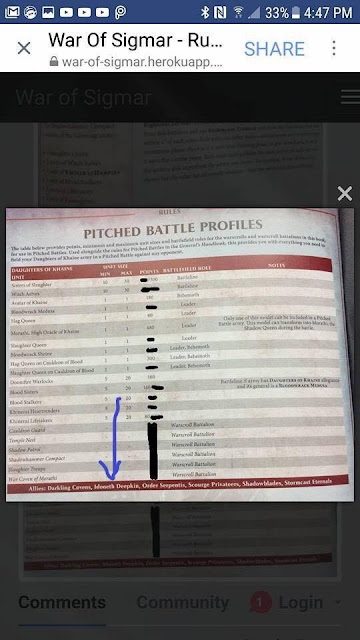 Additional Intel
via Ky0t0L1ght5 on Reddit but originally from 4chan
"Is a complete new line like kharadrons Underwater aesthetic mix greek atlanteans and eldar corsair. They have been hiding in underwater cities and have control over some sea fauna, water and mist. I cannot be more specific but the apparently reason for being hiding is that they hides something in secret. Beautiful models, same size that blood bowl elven union and some models have great potential for conversions into custom exodites"

"Atlantean aesthetic, some are very similar to Kairic Acolytes with Spite-Revenants face, anothers looks a lot more eldar - Mistweaver Saih are part of the range."

About the glub glub video "This is an actual piece of scenery GW is going to sell, and that will have its own rules like the Sylvaneth Wyldwood. It's part of the entire Sea Aelves new range, which are absolutely stunning visually, will have tons of sea creatures to ride, one of which is MASSIVE, and unique high cost heroes with crazy design. Also forget about the Cthullu look, their design is closer to Atlantean Spartans."