What's On Your Table: Bog Sylvaneth Conversion Project ‘The Dirge’

I have just finished painting a unit of Spite Revenants for my Bog Sylvaneth conversion project ‘The Dirge’. I have some narrative written behind the army which drives the conversions (and lets me have some fun making them too). 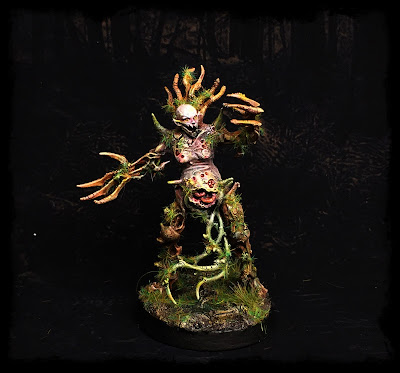 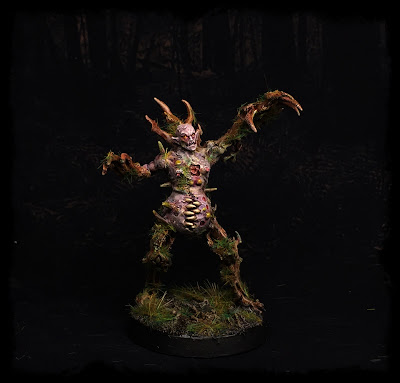 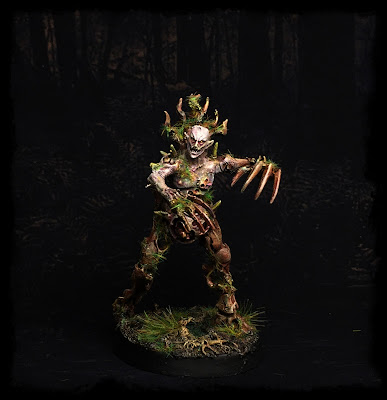 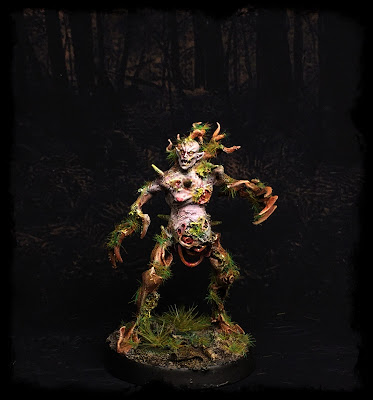 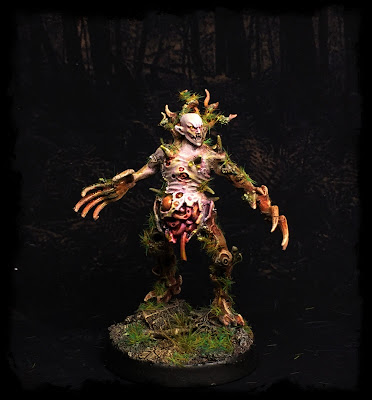 She once was beautiful. The sun dappled leaves made shadows in her glade, where spring flowers grew, eternal in their beauty. Death had no power there, instead the cycle of life renewed again and again, safe within the bosom of her enveloping spirit.

No human life had ever visited her domain. The portal sealed and lost to all memory. Myths in far off lands oftentimes touched upon the glade and its spirit. It was whispered she had once been a mighty queen in far off Athel Loren, now fractured forever in the mighty sundering of the old world.

Safe in her glade she had spent what seemed like eternity, giving and receiving life in an endless, joyous circle.

It was not to last...
The men came, blasting their way through the forgotten portal in a steady stream. They settled the land on the outskirts of the forest in which she had her glade. They brought their gods with them, shrivelled, wizened things that beget nothing but hate for all living things that did not give their souls in worship.

Over time villages were built, filthy hovels to house the gods and their people. Destruction inevitably followed, trees felled and animals sacrificed to placate the never ending thirst of the evil ones.

She watched with horror as her home was slowly destroyed. Disease and rot seeping into her life stream, corrupting the cycle of rebirth within her. After an age, the glade was no more. It's springs were poisoned, the grass and flowers reduced to a stinking fetid bog, where nothing but tendrils of mist moved above its putrid waters.

Hate had grown within her, encompassing everything she was, until nothing was left but the need for revenge.

She summoned the spirits of the glade, now one and all corrupted like she, and together they focused their hate, chanting in ancient tongues, forbidden words pouring from their putrid mouths.

Imperceptibly the bog expanded, encroaching upon the withered forest until all was consumed by its fetid, squelching stench.

It's spirits now served her, and she was nearly ready for war. Again they chanted, and the bog expanded more, encroaching beyond the boundaries of the forest. Graveyards and villages sunk below its fetid waters, the bodies of both the living and the dead consumed and made new, the endless cycle of re-birth still continued within her bosom. Their new forms were mocking parodies of their former selves, entwined forever with the dark spirits of the forest. The creatures born again were shaped by her hate, their spirits poisoned by the need for destruction of all who had hurt their mother. War had come to the glade....

The gods of men trembled, for now they knew what had awoke in anger. Death had come for them, it's misty tendrils ever searching. No rest, no respite, no forgiveness.....