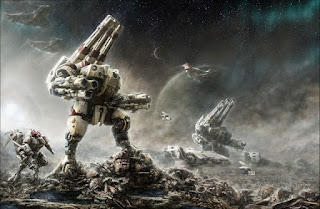 As part of a forum conversation, there are some rumored bits for the Tau that were spilled over the weekend. Definitely worth checking out, but remember that these are a little vague in places, and these are considered to be rumors at this point.


Please remember that these are rumors. Please add the required amount of salt.

via Haechi over on Advanced Tau Tactica
http://www.advancedtautactica.com/viewtopic.php?f=1&t=25954&start=2394

I'm not going to rate it because that would be too subjective. All I can tell is that I have a massive tournament coming in two months and I'm dropping my Custodes and Thousand Sons list to play T'au instead. Also buy Riptides and a couple Hammerheads (with Ion Cannons) if you don't have them.

Burst-or Iontide...?
Either and both. The firepower of both has skyrocketed while the point cost dropped hard. Plus there's two insane stratagems for them.

The change to Saviour Protocols is something similar to what Crisis Bodyguards do and Shadowsun's rule with Stealths suits.

Sorry, that was a bit confusing. Savior Protocols is the same as before, but happens only on a 2+.
If people are already complaining about T’au, here a few negative things haha.
1 commander per detachment
No changes to the markerlight table
No improvement to BS across the board
Railguns are the same


Don’t get alarmed though, there are far more upsides that we will get to soon-ish. I’m just waiting for GW to officially announce the codex to get more into details.

The upsides will come from massive point drops on base costs and weaponry, and massive buff to weapons characteristics. Sometimes both, which can make for some crazy stuff. Like a Heavy 18 S6 -1 2dmg gun for 35 points