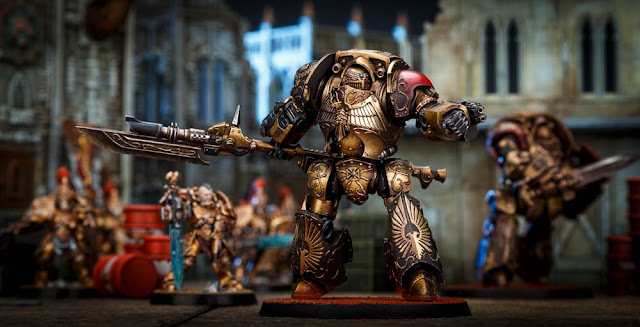 A new FAQ is up for the Adeptus Custodes as well as Beta Experimental Rules for Forgeworld models for the army.

via the Warhammer Community
https://www.warhammer-community.com/2018/02/13/adeptus-custodes-forge-world-beta-rules-and-codex-faqgw-homepage-post-4fw-homepage-post-2/


Since the release of Codex: Adeptus Custodes, many of you have been asking about getting rules for bringing your favourite models from Forge World’s Legio Custodes range into your games of Warhammer 40,000. Today, we’re happy to confirm that the Adeptus Custodes have been earmarked for being featured in a future volume of Imperial Armour – and what’s more, we’re making some of the experimental, non-final rules from this book available ahead of time to allow you to jump in right away, as well as helping us test them out before they’re full released. 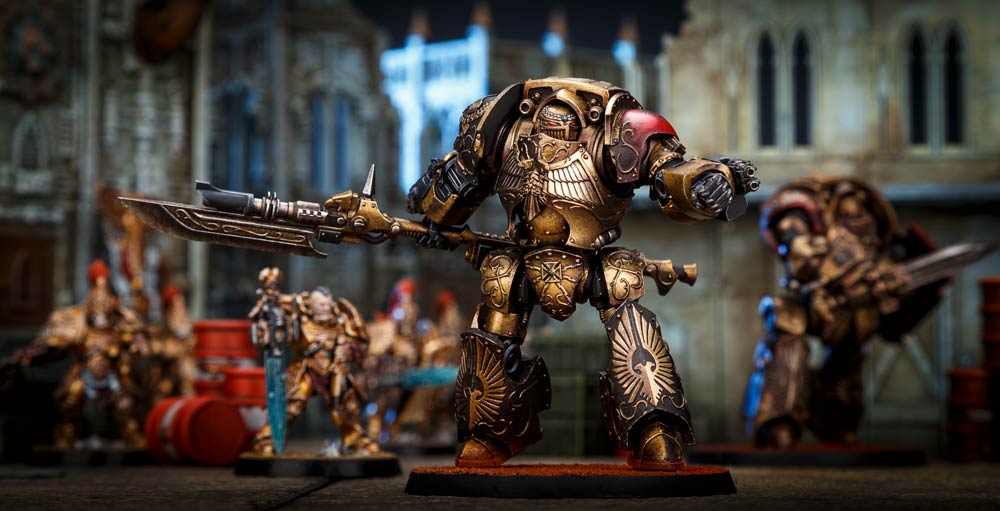 Today, we’re making preliminary, beta rules available for the following models – if your favourites aren’t here, worry not! This is just a sample of what we’ll be eventually releasing rules for in Warhammer 40,000:

These rules aren’t currently final, and while we’ve provided points values, they’re not intended for use in a competitive setting. We’d recommend checking with your opponent before using them in your games in their current state. Importantly, we want to hear from you how they play. Don’t feel strong enough? Let us know! Over-performing against certain armies? Just tell us! We’re hoping that with your help, we’ll be able to ensure that when we finally release complete rules for the Adeptus Custodes in an Imperial Armour book, they’ll be as balanced and as fun as possible.

For instructions on how to provide us with feedback for these test rules, please see the downloadable rules pack.
We won’t be able to reply to each email individually but rest assured that your feedback will be considered when writing the final version of these rules. We’re always looking out for ways to make your hobby better, and if there are any other models or ranges you want to see rules for, let us know! While some miniatures are intended for play in the 31st Millennium by design, we reckon there are still plenty of opportunities to bring some relics of the past into your games in the Dark Imperium – so let us know! 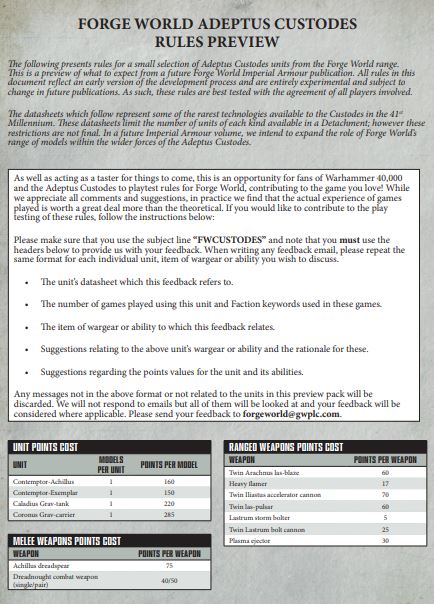 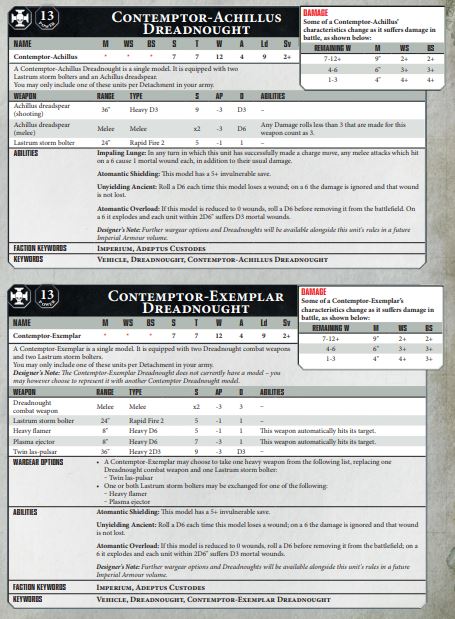 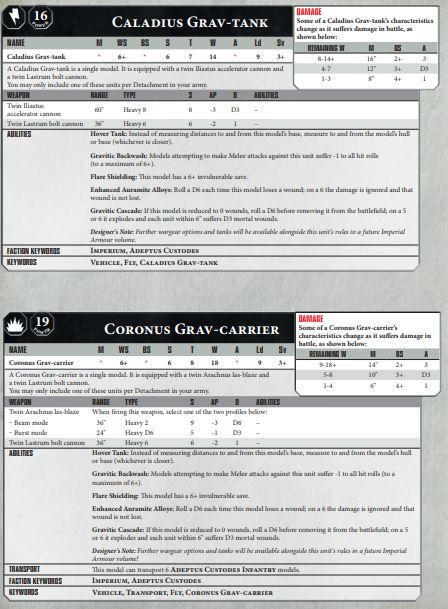 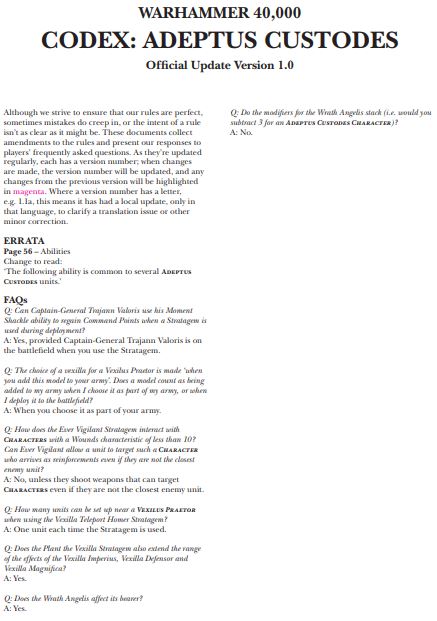