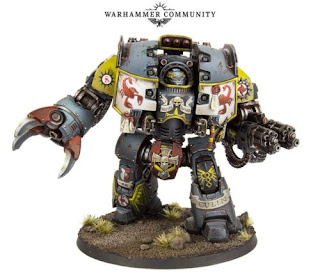 The Character Series for Warhammer 40k has a new hero coming, Carab Cullin is getting interred into a Leviathan Dreadnought for the Red Scorpions.

The Warhammer 40,000 Character Series has an awesome new hero for your army on the way, with Gabriel Angelos being joined by a champion from the Red Scorpions army.

Carab Culln the Risen combines the might of a Leviathan chassis with some custom weapons utilising 41st Millennium tech, like a twin assault cannon. He’s a fantastic leader for a Red Scorpions army and a great way to continue the ongoing story of this hero of the Imperium.