Presence of Faeit: Getting Down to Business 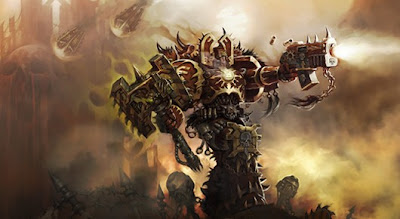 This week was a bit of miscellaneous rumors that touched on new flyers, release schedules, and even a small Imperial Guard rumor bit. Things are starting to settle down here after the move, and its nice to finally get moved in and to be able to stop living out of boxes.


Dark Angels
Whether or not you like the Chaos Marine codex or not, Dark Angels is something the community at large is waiting on. Its the first Matt Ward book for 6th edition, and a lot of people have very strong opinions on his writing.

That being said, we are getting much much closer now, and while its the Holiday Season, and rumors are a little sparse, we should be seeing something within the next couple weeks that gives us a better lowdown on what we should be expecting. A cover leak would not surprise me.

Until then, all those of you with the starter sets can just relax, and pretend you have a codex you can play with the Dark Vengeance models. I know that I am waiting for the dex before fielding them.

Imperial Guard Rumors
This week we were surprised with a rumor that at first looked a little skeptical (more so than normal for rumors). After some time though we were lucky enough that we were able to get a little hint that something is being worked on for the Imperial Guard.

My hopes though are that the IG codex is a long ways off. I play Imperial Guard, and to be honest, I just want to some stability and want to write lists with the current codex and play them through before another codex comes out.

Six edition gave us so many new options and formats to play our IG that I truly doubt anyone has played enough games in to truly get through the entire codex. Imperial Guard make the perfect allies with just about any army, so in my opinion, Games Workshop should be working on other codices.

Now if its an expansion or a wave of models that are going to be released........ like Storm Troopers going plastic, a new vehicle or two, a GW plastic Colossus, a new flyer etc, then I would be very happy. But a full on new codex?..... No thanks, its not needed.

Moved in
Very happy to really start getting settled in. I am going to try and get a 40k game as soon as possible, and hopefully will be working on scheduling more soon. Its just been a little tough as we are unpacking, getting kids set up, trying to find where the hell I packed my tools (ends up being in just about every other box I packed a tool or something related).

The room itself where 40k will be taking place is a large enough room for a couple tables, and there is probably some room in the bonus room next to it to get in another table. The only real issue, is that a 4x8 table will not fit down the stairs to get to the room where 40k will happen. Some adjustments will have to be made.

Mistakes
Ooops used to be one of my favorite lines, much to the demise of some close friends. Earlier this week I posted up a rumor bit that was old, a few months in fact, that was posted up here on this site. Things like that I often will keep up on the site, simply because it was a mistake on my part, and well, there is no need to hide them. So for those of you that are just coming here or have not been around here very long, I'm not perfect, and even the editing slips. I just do my best, as this is for the most part, a one man editing and research team.

Spam
The spam is a little out of control to the point its bugging the hell out of me. So expect a change today if it has not already happened. Expect it to be a temporary solution, so hopefully, we can come back to the way things are right now (without the spam)