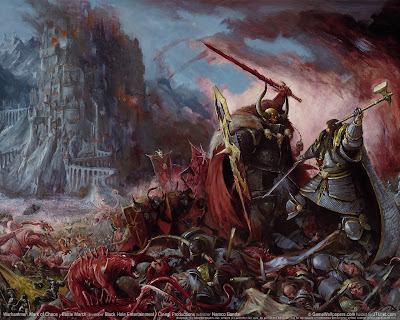 The makers of Total War, Creative Assembly now has the rights to a new game. I love the Total War series, and often sit down to do battle on the computer with several of the Total War games. Seeing a company like Creative Assembly taking over to take on the Warhammer World is exciting, and I only wish that they would move to the 40k side of things. Of course...... if one is successful, who knows.

Sega announced this morning that it has partnered with Games Workshop on a "multi-title" licensing deal to create Warhammer games, and Creative Assembly has been handed the keys.

With Total War: Rome 2 and an as-yet unnamed Alien game in the works, Creative Assembly was already a busy studio. That's why it is creating a new team to focus exclusively on its first Warhammer title.