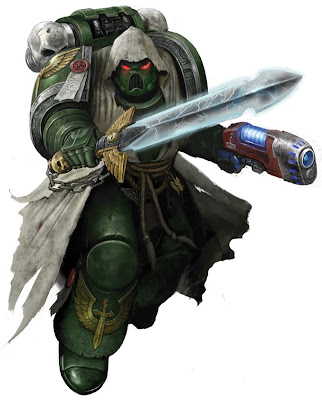 Veterans and Dreadnoughts. The information from both of these, comes out of the latest White Dwarf.

The question about drop pods has been finally answered, and that is a yes, as apparently they are listed under the veteran list of what is available for transports. I would assume as well that Dark Angel Tacticals will get them as well.


via jullevi over on Warseer
Company veterans (4+1 models, with up to 5 additional)

Can replace its other arm with
Missile Launcher
Twin-linked Autocannon

Can replace the built in storm bolter with a heavy flamer

Can be upgraded to Venerable and if does it gets the special rule,
Deathwing Vehicle