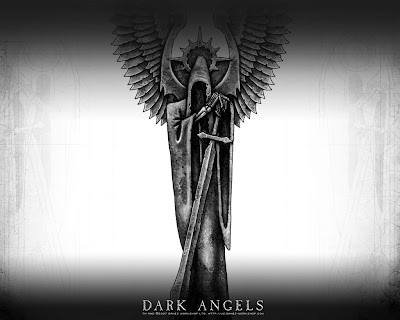 Here is a nice little write up with the help of a magnifying glass over on Warseer. This includes a lot of the special rules, and point comparisons, so is definitely worthy checking out and reading through.


Please remember that these were read with a magnifying glass from the January White Dwarf. So there could be mistakes still.

via Dr. Who over on Warseer
On Deathwing Terminators (Elite):
A little more expensive (not much) than your average Astartes version but you get Deathwing Assault, Splitfire USR, Inner Circle and Vengeful Strike special rules thrown in to the bargain. You can pretty much customize the squad anyway you like. They start out as a standard tactical squad but you can upgrade any number of them to assault terminators with either a pair of lightning claws (free) or the omnipresent thunderhammer and storm shield combo (you must pay for that privilege). For every 5 models (you can have a max of 10) you get the option of a heavy flamer, plasma cannon, assault cannon or cyclone missile launcher (no flakk option). You can also have the usual dedicated Land Raider but if you do, then you must pay for the Deathwing Vehicle upgrade which is mandatory.

If there is an option to make them a troop choice, it resides within the character section.


On Deathwing Knights (Elite):
Again a little more expensive than normal Deathwing Terminators (still not much). They have +1 WS, Maces of Absolution and Storm Shields as standard except the Knights Master. He has the Flail of the Unforgiven instead of the mace, and as far as I can make out, also +1 attack (don't quote me on that one). They also have a king's ransom of special rules: Deathwing Assualt, Hammer of Wrath, Inner Circle, Fortress of Shields and You Cannot Hide. The last two were a little hard to make out, so I'm 100% sure on those. The Smite rule is not mentioned by name but I think it is part of the weapon special rules. They can also be given a '... Relic of the Unforgiven' (the '...' part I cannot decipher) and a Land Raider which must have the Deathwing vehicle upgrade as well.


On Dreadnoughts (Elite):
Now cheaper! Same price as the Chaos Helbrute but with a free Storm Bolter! Same options as the Astartes version - including the Rifleman option but the Dreadnought close combat weapon has been replaced with a powerfist. The Venerable Dreadnought is now an upgrade. I don't have my books but I think it is a lot cheaper than before (still hard to make out, but it looks like the price of a powerfist). The Venerable also get the Deathwing Vehicle rule as standard it seems. No mention of Mortis options.


On Landspeeders:
Their Bestiary page is also in the WD. The Vengeance version has a heavy bolter and a Plasma Storm battery as standard. Otherwise it is you standard Land Speeder. The Ravenwing Darkshroud version is a Land Speeder with a heavy bolter and it has the Scout USR apparantly. It also has (or has the option for) the 'Icon of Old Caliban' which gives +1 to friendly units within 12" when determining assualt results (not cumulative). The Darkshroud special rule gives the Land Speeder the Shrouded USR and friendly units within 6" gain the Stealth USR (not cumulative, does not affect the Darkshroud itself).

The codex is mentioned as being 104 pages long.