Home » »Unlabelled » What's On Your Table: Eye of the Emperor Conversion

What's On Your Table: Eye of the Emperor Conversion 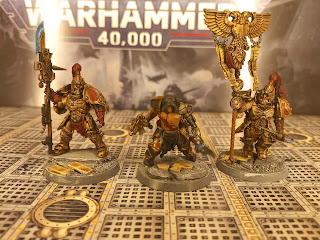 Eye of the emperor conversion.
Base model is slaughter priest who was a freebie in white dwarf a while back. He gave a good size and also had minimal armour which I wanted. Removed a skull from under one foot and repositioned a for a much lower stance so as not to stand taller than armoured custodes. Shaved off the many spikes and sculpted a basic hood, tables and torn cloak.
I figure after returning his weapons and armour, he'd still elect to use a power spear due to all the training with one.
Necron lord donated the arm then, with a HH powersword for the blade and an oversized bolt pistol. Extra clips from HH too.
Lots of extra cabling from the same lord to fill it out.
Scrolls as perhaps evidence he's beyond anyone's orders and the head is actually a custodes one.
-James 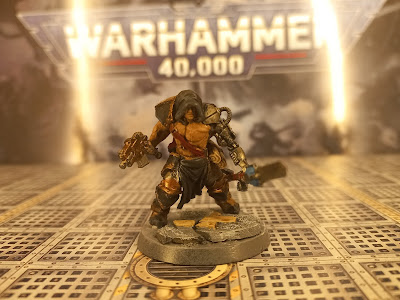 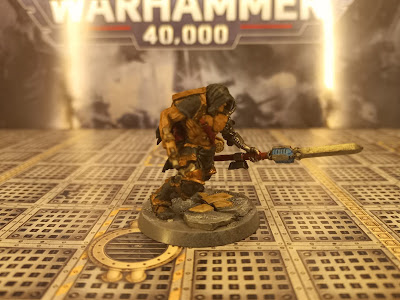 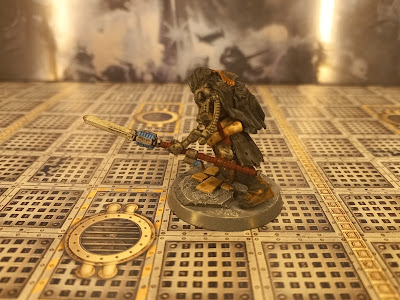 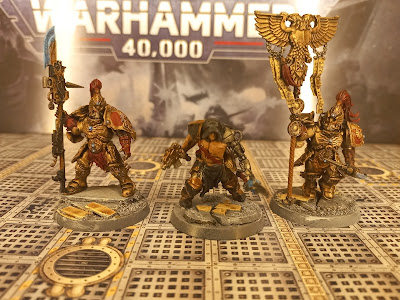 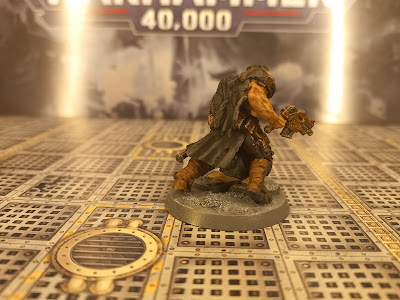 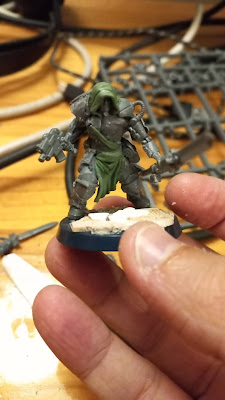 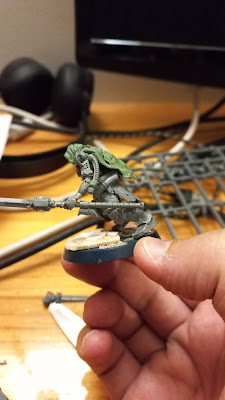 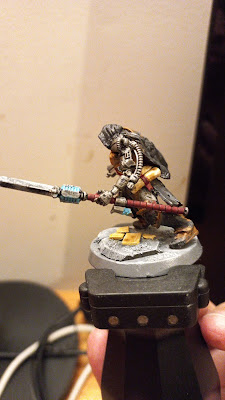