What's On Your Table: Adeptus Titanicus 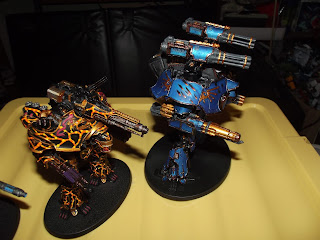 Just a quick share of my recently finished Titans for adeptus titanicus.
I am working on two forces that I am trying to keep balanced enough to allow for a two-player game to played easily. One of them is dedicated to chaos and takes inspiration from my chaos force known at my gaming group as the 'tapestry of evil' which I have adopted after a friend described my lists as a tapestry of evil. So my chaos titans are painted up to represent the four chaos gods as the undivided portion of my forces. (my tzeentch warband uses the lava flow colour scheme seen on two of the titans.)
The imperial forces are the void jackals. The metallic blue colour scheme with a dark trim. Their weapons use gold and skavenblight dinge and I used a purple for the lenses of the titans. The plasma where used is a nice turquoise which complemented the main scheme. Each titan has a single dark blue shoulder pad with a stylised Legio symbol with the other shoulder pad featuring unique heraldry for the titan in question.
The chaos warbringer nemesis and the second void jackal warlord titan have undergone a weapon swap. with the quake cannon finding its way to the warlord and the belicosa volcano cannon being mounted on the Warbringer.
The last couple of images are from when I laid out the forces for a recent game. (the second void jackals warbringer was unfinished but was needed to balance the forces as the chaos Warmaster 'Oryx' is over 1,000 pts to add to the list)
In addition to the forces as they stand now, I have a headless (pending a 3D printed head) Chaos warlord titan and two unbuilt chaos warhound titans (that will be added to the Tzeentch portion of the list). I do plan to add some more knights to the void jackals forces to balance out the extra chaos units.
-Kenneth 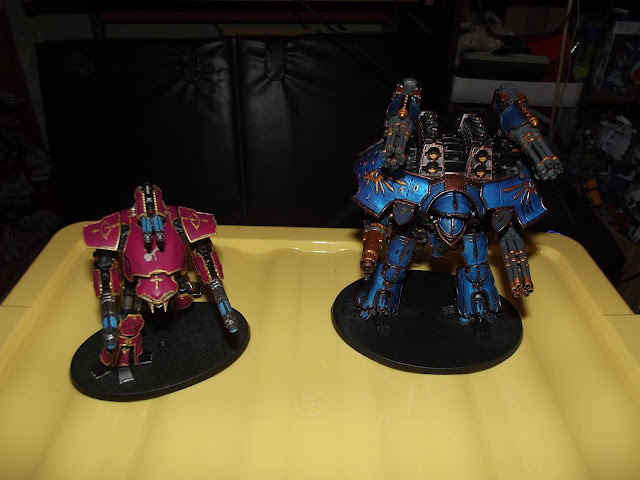 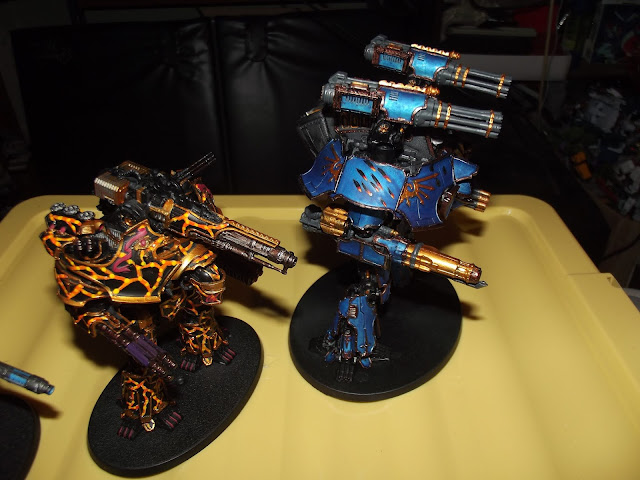 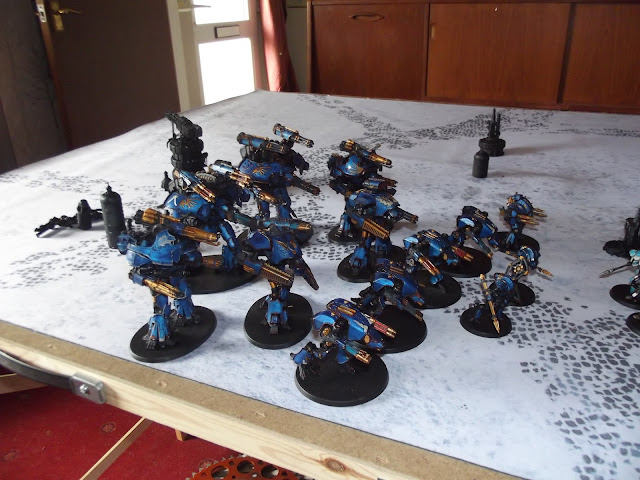 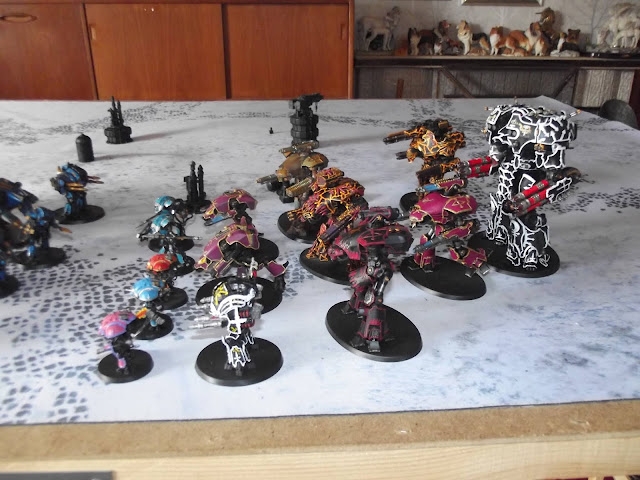