A New Edition Coming for the Age of Sigmar A new edition for the Age of Sigmar was announced today. Yea? Good news I guess for the game but I also do not follow it enough to know if this was really needed. Perhaps it was more of a running out of Battletomes to do. I will try and be more excited. I think I was just hoping for something 40k and big.

What do you think? Good suprise? Needed?

via WarCom
Warhammer Age of Sigmar – The Next Edition
That’s right – the world’s greatest fantasy tabletop miniatures game is about to get a phenomenal update. This outstanding cover art should whet your appetite. 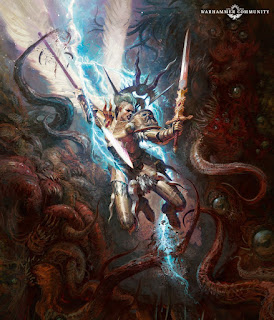 As well as more gorgeous artwork than you can shake an ensorcelled spear at, the new Warhammer Age of Sigmar features a ruleset that’s been refined, revised, and retested to make your games better than ever. And a new narrative play system lets you forge your own legend of conquest, exploration, and martial might in the Mortal Realms.
But what does the new edition mean for the ongoing story of Warhammer Age of Sigmar? Well, if you’ve been paying attention to the Broken Realms saga, you know big things have been happening recently. Without giving too much away (check out our Broken Realms recap for the full low-down), the Soul Wars are over, the curse of the Necroquake is broken, and waves of life magic are sweeping across the realms. 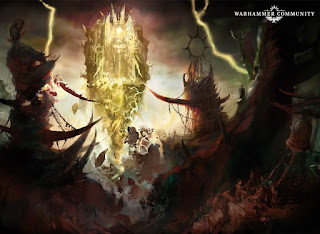 The narrative of the new edition sees the forces of Order pushing out across the Mortal Realms to finally reclaim land lost since the Age of Chaos, establishing outpost cities and growing Sigmar’s realm step by bloody step. 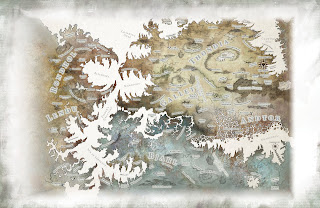 All across Ghur, in particular, the forces of Destruction are rising up in droves as their newly awoken god Kragnos begins a rampage of epic proportions. Enter Sigmar’s Huntress…
Yndrasta, the Celestial Spear
You might have been wondering what the awesome winged warrior on the cover of the new book is all about. In the face of a desperate struggle, Sigmar has unleashed one of the very few near-mythical lords of Azyr, reforged by his own hand and imbued with a measure of his power.
A beastslayer beyond compare, Yndrasta has been tasked with hunting down the most terrible monsters found in the Mortal Realms. Carried into battle upon angelic wings and wielding the legendary spear Thengavar, her mere visage strikes terror into the enemies of Azyr. 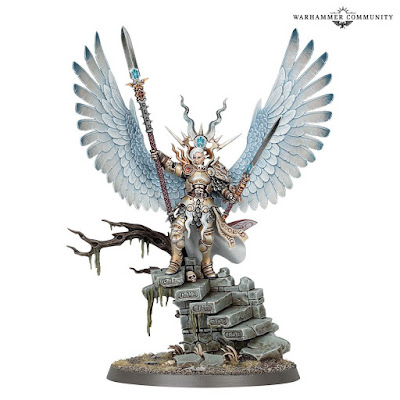 With the monstrous denizens of Ghur in the ascendant, even Yndrasta will need some help. Luckily, she isn’t the only new weapon in the God-King’s arsenal. 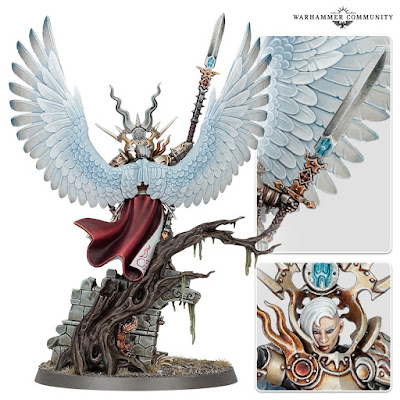 The Reforged Stormcast Eternals
In the face of the upheaval across the Mortal Realms, Sigmar’s warriors must adapt in their effort to establish new bastions of Order in the harshest environments.
Made stronger of mind and body, clad in thunderstrike armour of an ingenious design, and wielding potent blessed weapons, new reinforcements are ready to take the fight to the enemy. 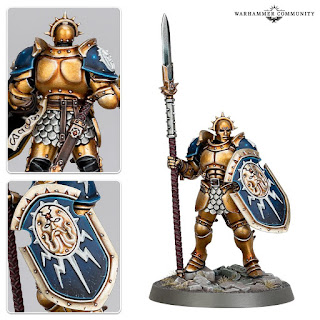 Due to the machinations of Be’lakor, the souls of Stormcast Eternals are no longer guaranteed to return for their reforging – but thunderstrike armour is wrought expressly to give them the power to pierce the supernatural clouds hanging over the realms and make their way safely back to Azyr. 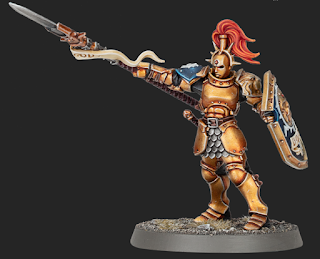 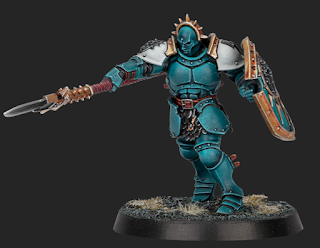 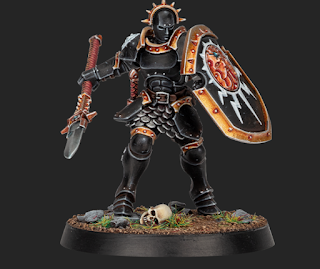 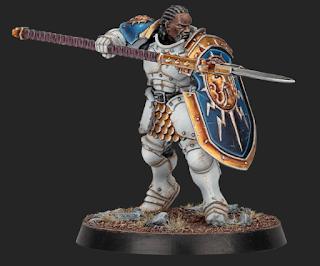 The Vindictors hold the line of the Thunderstrike hosts, equipped with Stormspears and heavy shields – each one is the equal of many mortal warriors.
Annihilators are a new generation of Paladin, they’re built like a granite column and protected by the heaviest armour we’ve seen on a Stormcast Eternal. Not only does it grant them a 2+ Save – they hit like raging bulls with all the momentum their bulk generates on the charge. 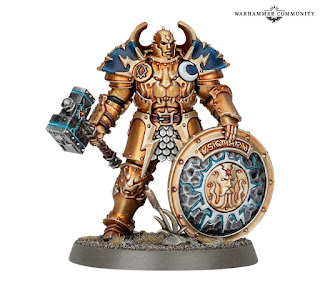