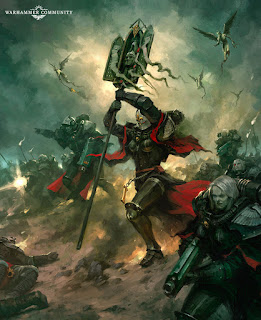 Battle Sister Bulletin from Games Workshop shows a preview of Cherubs within the Sisters of Battle army.

via the Warhammer Community
https://www.warhammer-community.com/2019/10/28/battle-sister-bulletin-part-19-cherubs/

With the Adepta Sororitas: Sisters of Battle Army Set on the verge of making its global debut, the Battle Sister Bulletin series is drawing to a close, its noble duty almost done. But before we end with our climactic final instalment in two weeks’ time, we feel honour-bound to finally talk about the elephant in the room… or in this case, the diminutive, flying creatures that are equal parts cute and weirdly disturbing. That’s right – we’re talking cherubs! 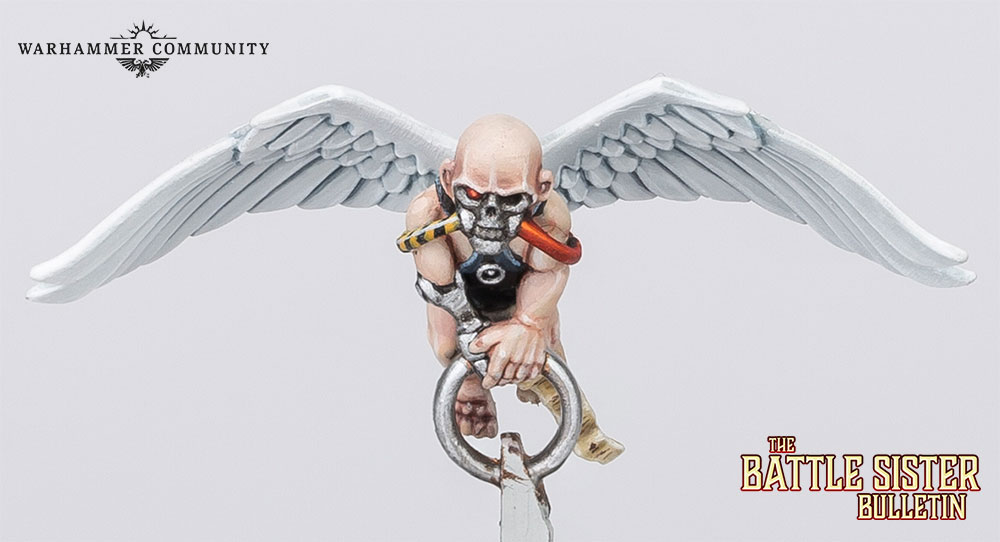 A cherub is a bizarre form of sanctified servitor. But rather than modified from beings of flesh and blood in the manner of the ‘normal’ servitors commonly seen throughout the Imperium, cherubs are specially vat-grown from biological material by the Adeptus Mechanicus.
These strange bio-constructs are outfitted with anti-grav motors to make them capable of flight, for their wings are purely aesthetic. The use of cherubs is especially widespread among the orders of the Ecclesiarchy, and they’re a common sight fluttering above the ailes of Ministorum cathedra and the Convents of the Adepta Sororitas. 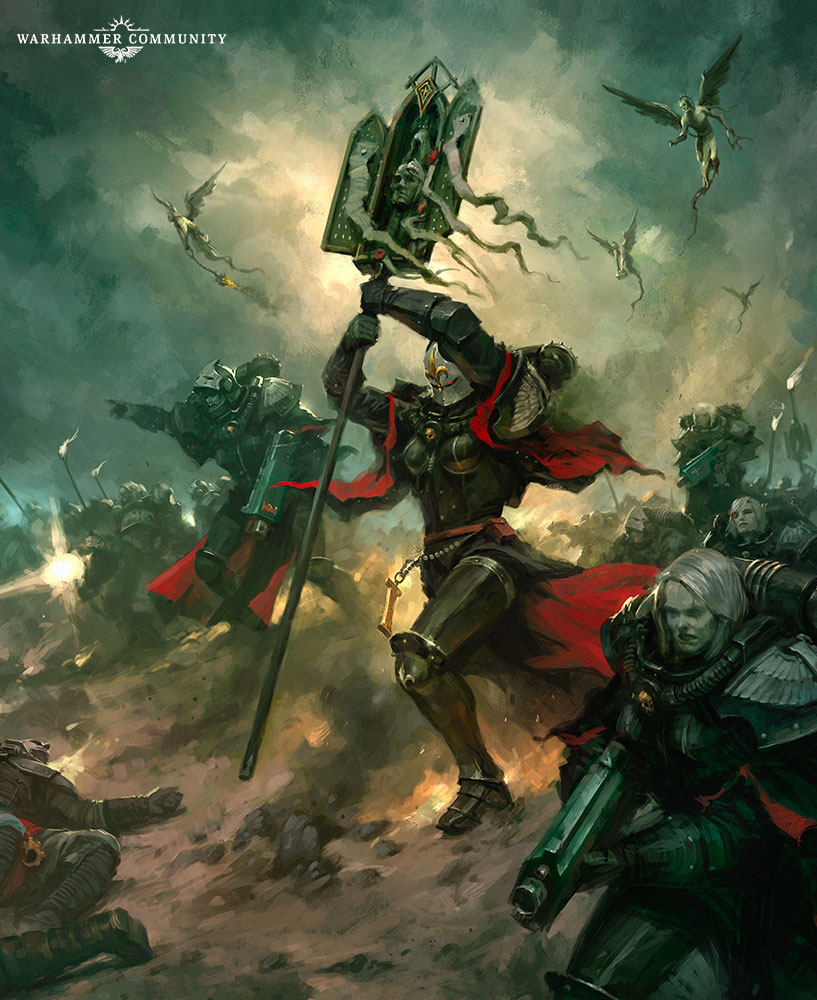 The Adepta Sororitas are often accompanied to battle by cherubs, where they fulfil a number of duties. Through the use of loaded doctrines, cherubs can assist the Sisters with front-line weapon maintenance, purification rituals, the bearing of relics and any number of other roles. A cherub’s flesh can even be integrated with different mechanical appendages and daubed with unique unguents, allowing it to better perform its purpose.

A Cherub For Every Occasion!

We’ve seen various classic models of them in the past, but cherubs are set to become a common sight across the upcoming Adepta Sororitas range. Whether they carry sacred texts, scrolls and relics, incensed-wreathed censors, or even the keys to the Simulacrum Imperialis carried by the Battle Sister Squads, they represent wonderfully macabre additions to many of the kits. 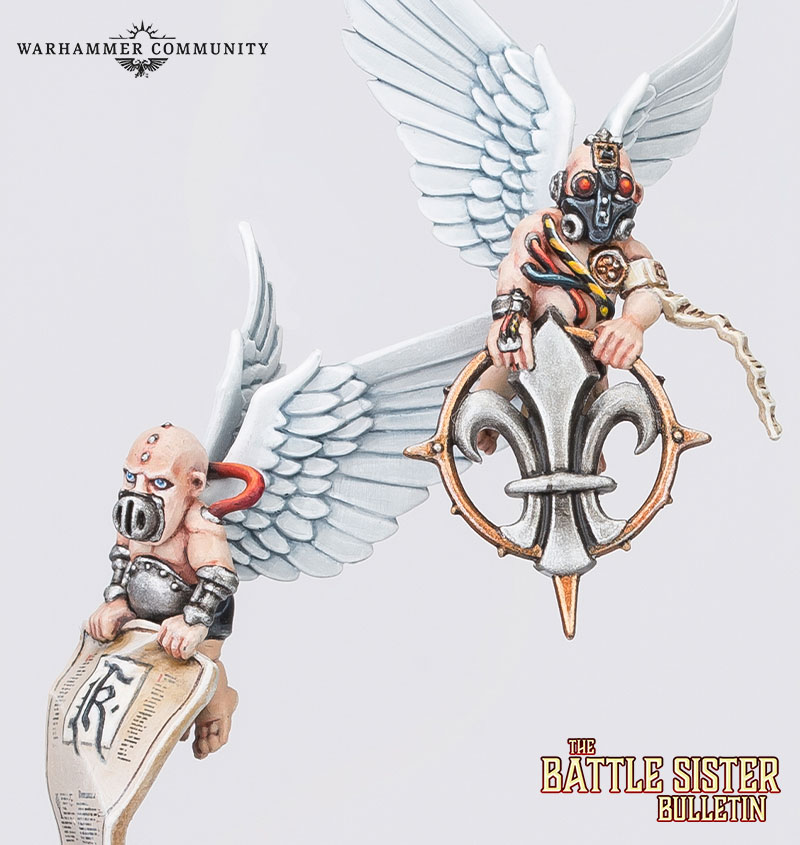 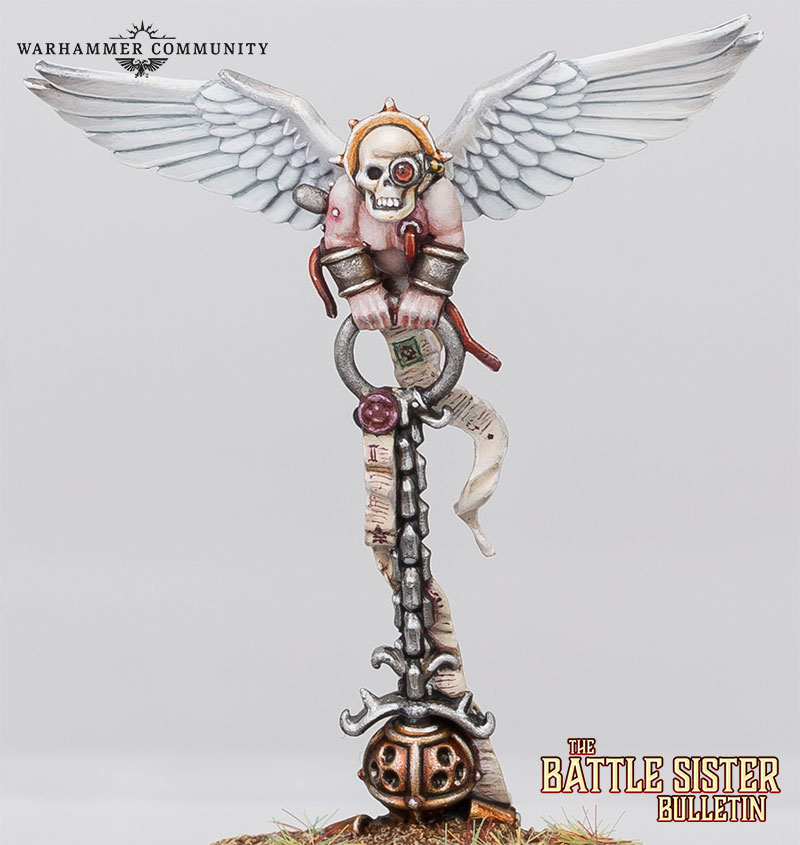 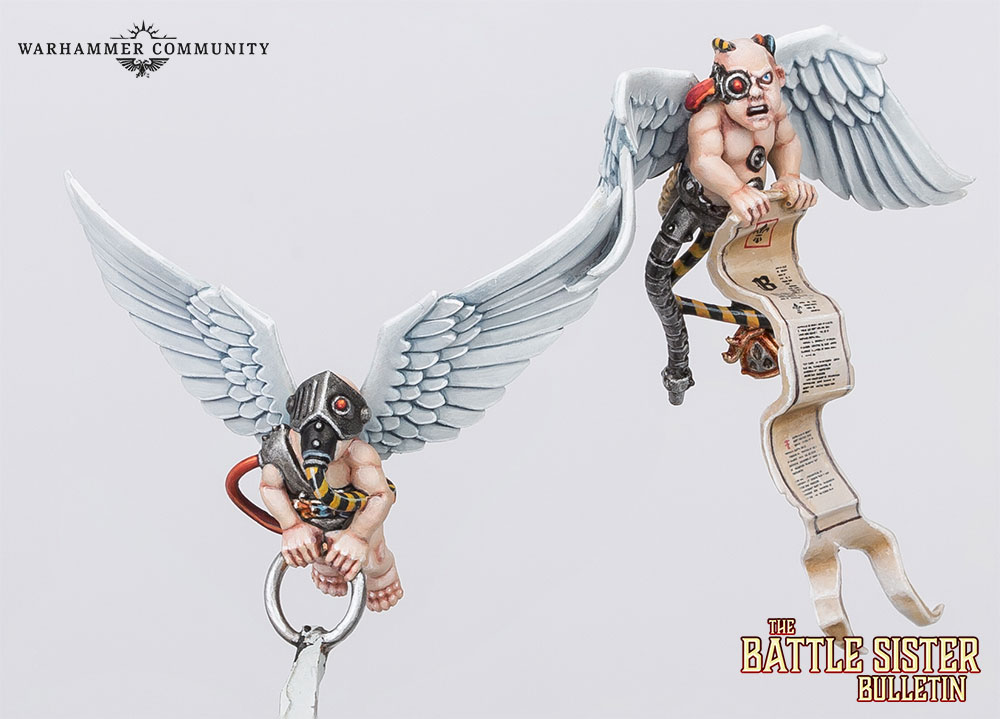 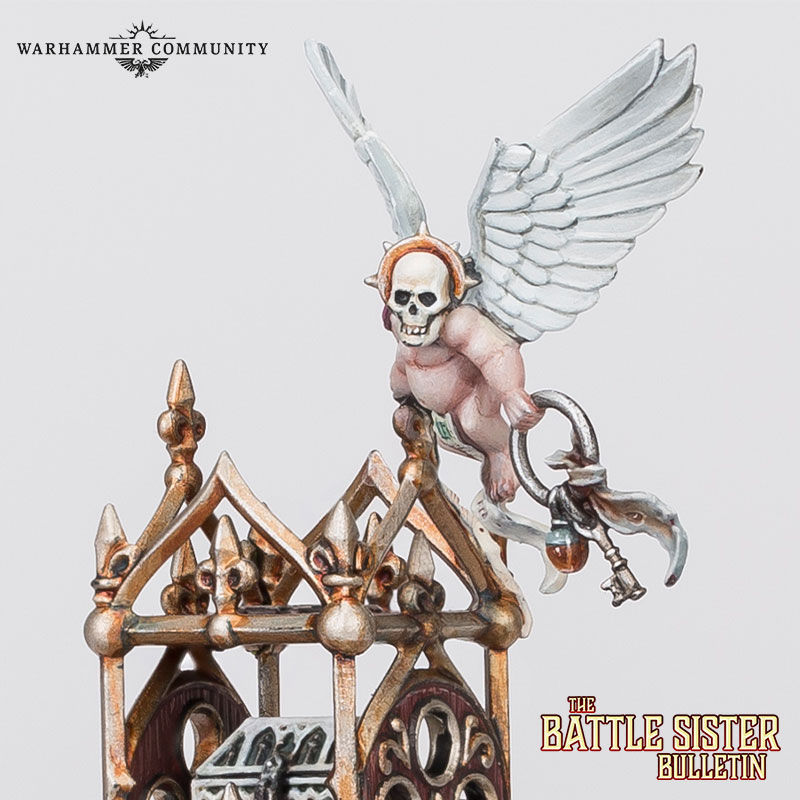 Yet not all of the cherubs are merely decorative – some of them even have in-game abilities! The Armorium Cherubs of the Retributor Squads, in particular, enable you to give your opponent a nasty surprise… 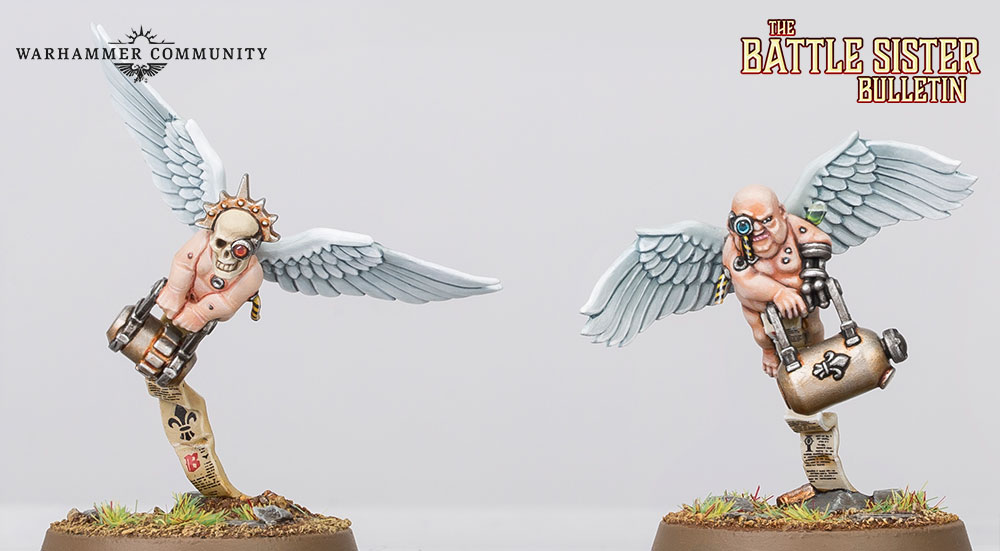 …which you’ll be able to read all about in the full, new codex, that’s included in the hotly anticipated Adepta Sororitas: Sisters of Battle Army Set, available next month.