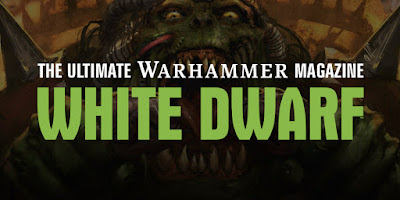 the November issue of White Dwarf continues the talk about Orks, Speedfreeks, and Orruks for the Age of Sigmar.


via the Warhammer Community
https://www.warhammer-community.com/2018/10/26/white-dwarf-preview-novembers-issue/

#Orktober may be coming to an end, but November’s White Dwarf is keeping the party going – even the fabled White Dwarf logo is green! 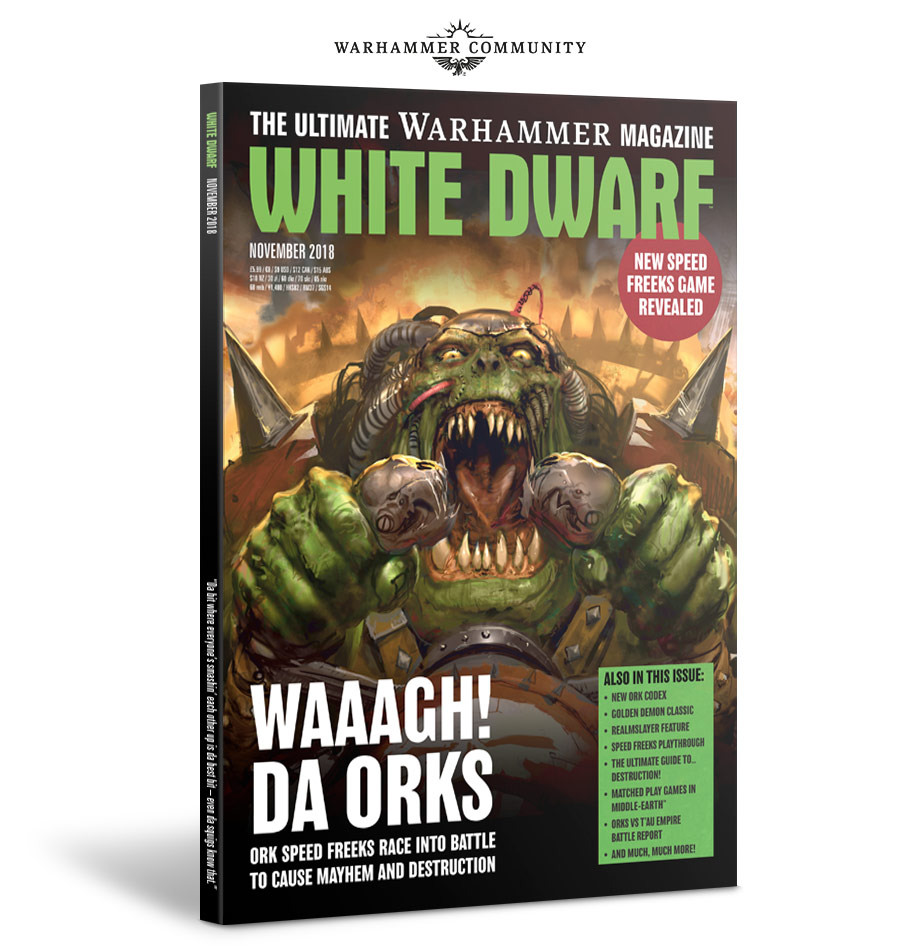 With the Speed Freeks game and Codex: Orks hitting the shelves, this issue features a number of detailed articles on all things green-skinned. Here are some highlights to look out for:

The Need for Speedin’

In this kombi-Designers’ Notes article, we get the low-down about the new Ork buggies from the project’s lead miniatures designer ‘Grand Mekboss’ Matt Holland, as well as some painting insights from the ’Eavy Metal team. 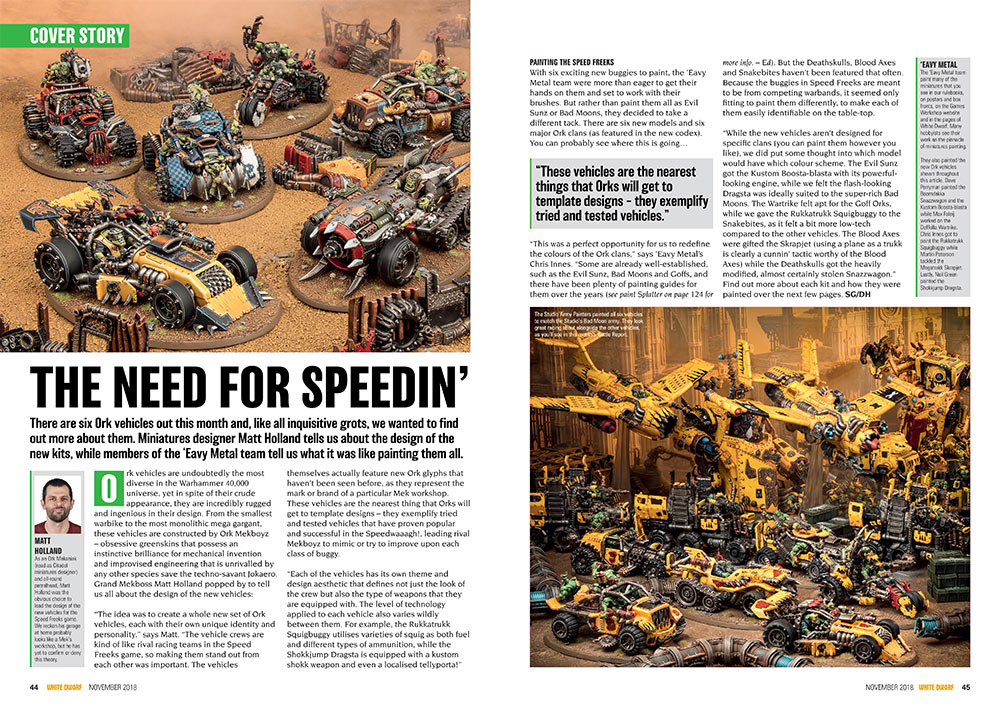 In this month’s Speed Freeks Battle Report, James Gallagher (who designed the game’s high-Orktane rules), runs a four-way game between Dwarfers Matt, Simon, Dan and Jonathan. With plenty of guidance and tactical overviews from James in his guise as Mekboss Jim, this article serves as a great primer on how the game plays – and how much fun it is! 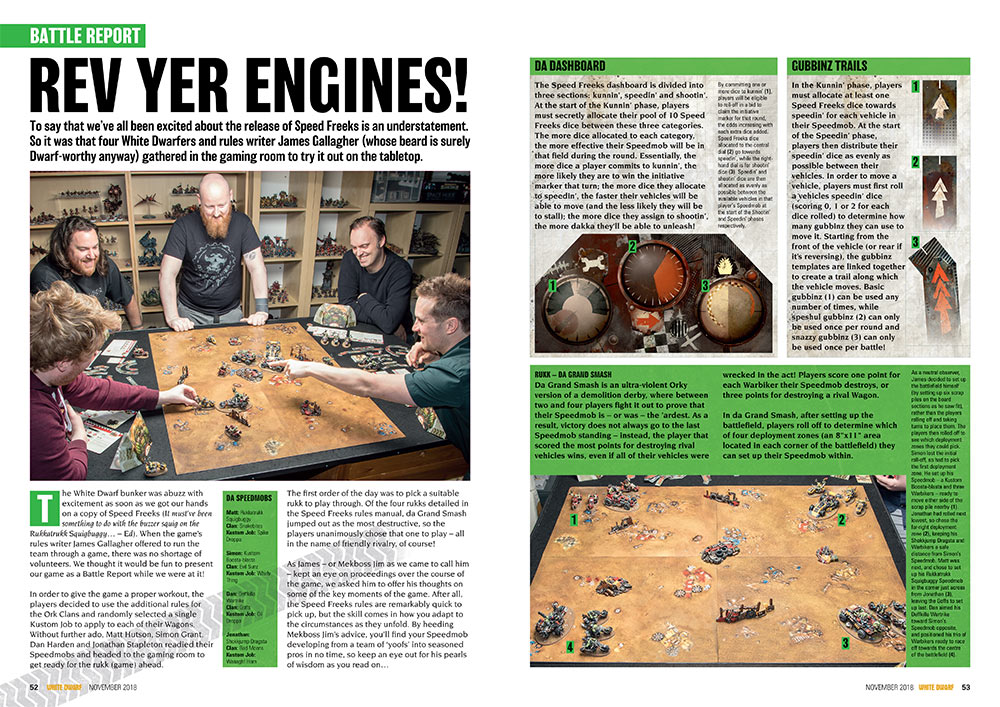 This issue showcases another two categories from Warhammer Fest 2018 – specifically the Diorama category (featuring a triumphant return by Golden Demon legend, Michael Anderson), and an incredible trio of winning miniatures from this year’s The Lord of the Rings™ and The Hobbit™ category. 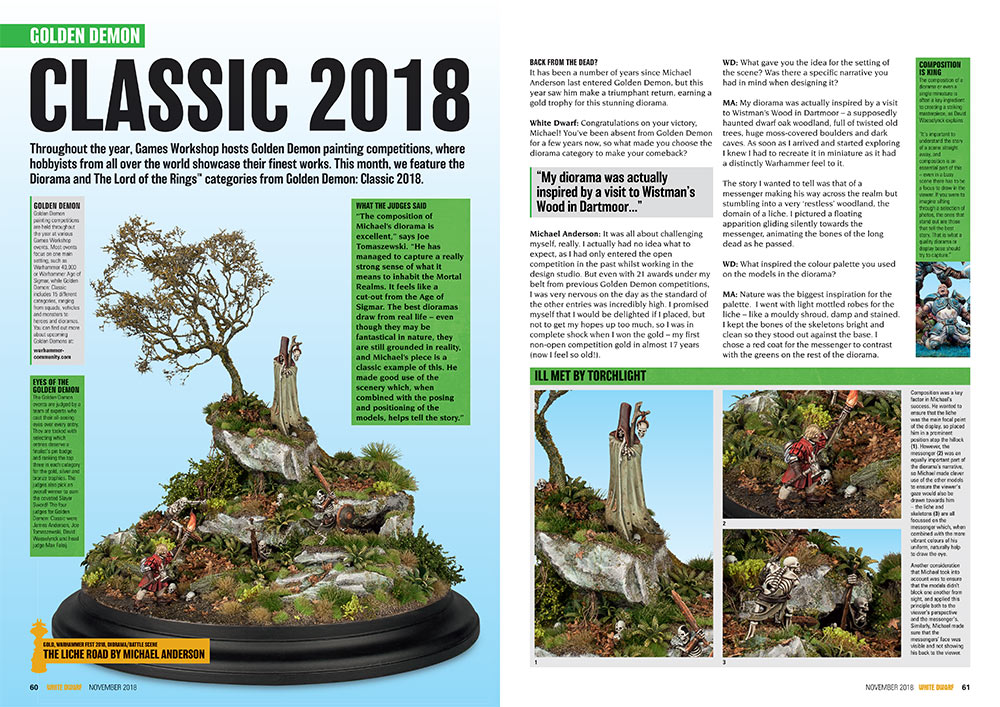 The second Battle Report sees Dan – White Dwarf’s resident grot – field a Bad Moons Speedwaaagh! against a Hunter Cadre from the Vior’la Sept, commanded by photographer Martyn. Will the fated tradition of the new army losing its first featured Battle Report hold, or will the Orks emerge triumphant? 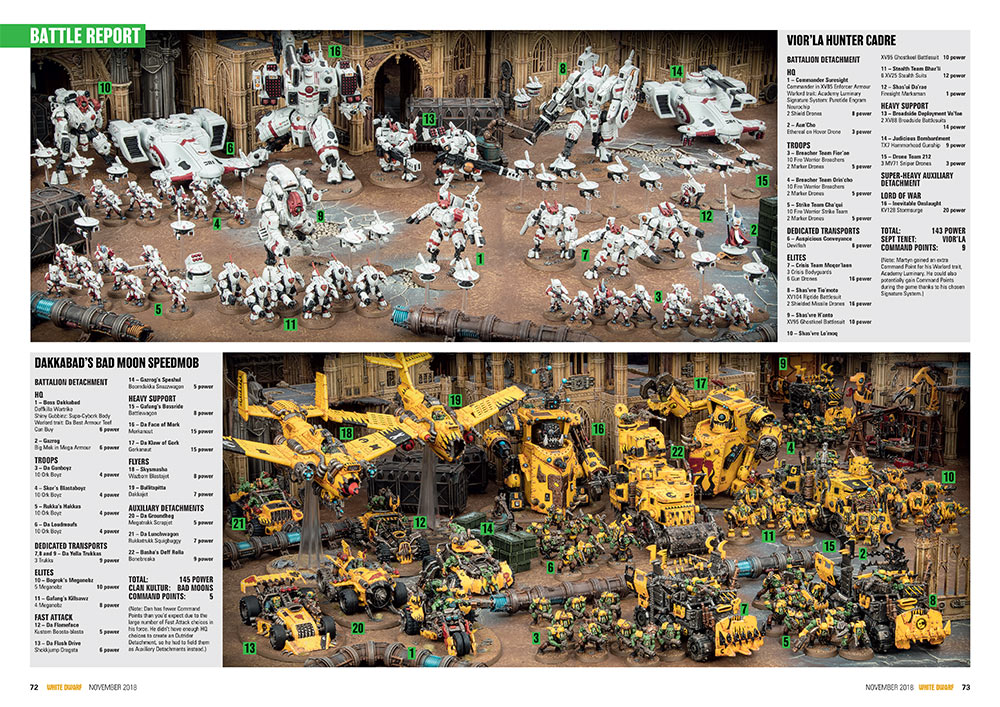 The Orruks from Warhammer Age of Sigmar also get their time to shine in this issue’s Ultimate Guide, as it focuses on the forces of Destruction – after all, the greenskins are foremost among those who venerate Gorkamorka. 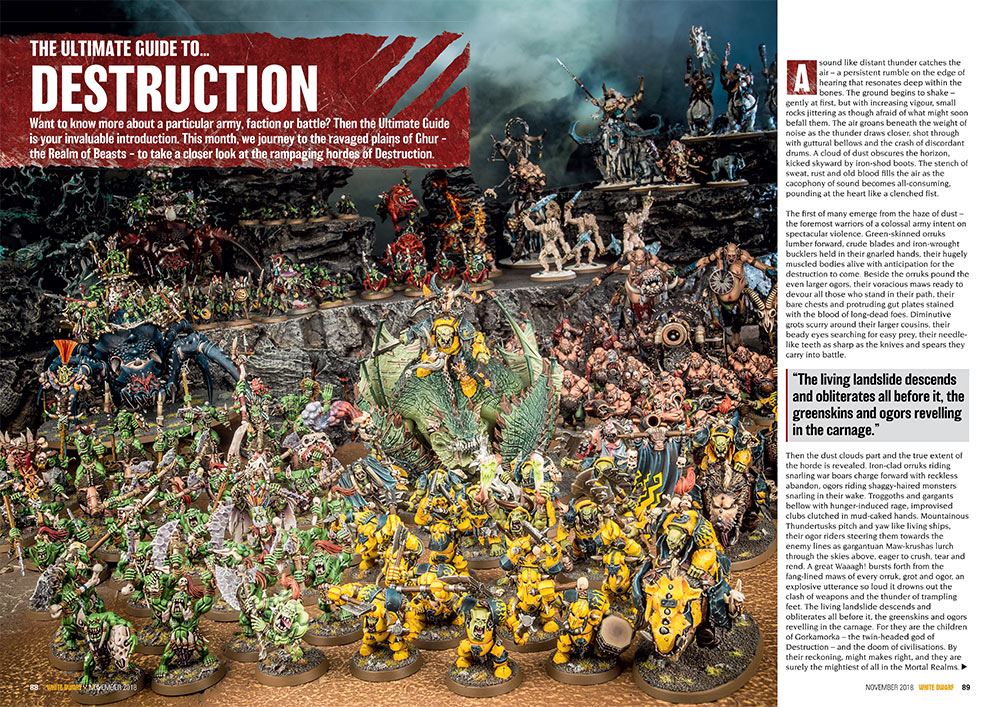 As if that wasn’t enough, here are a few other snippets of what you can look forward to: 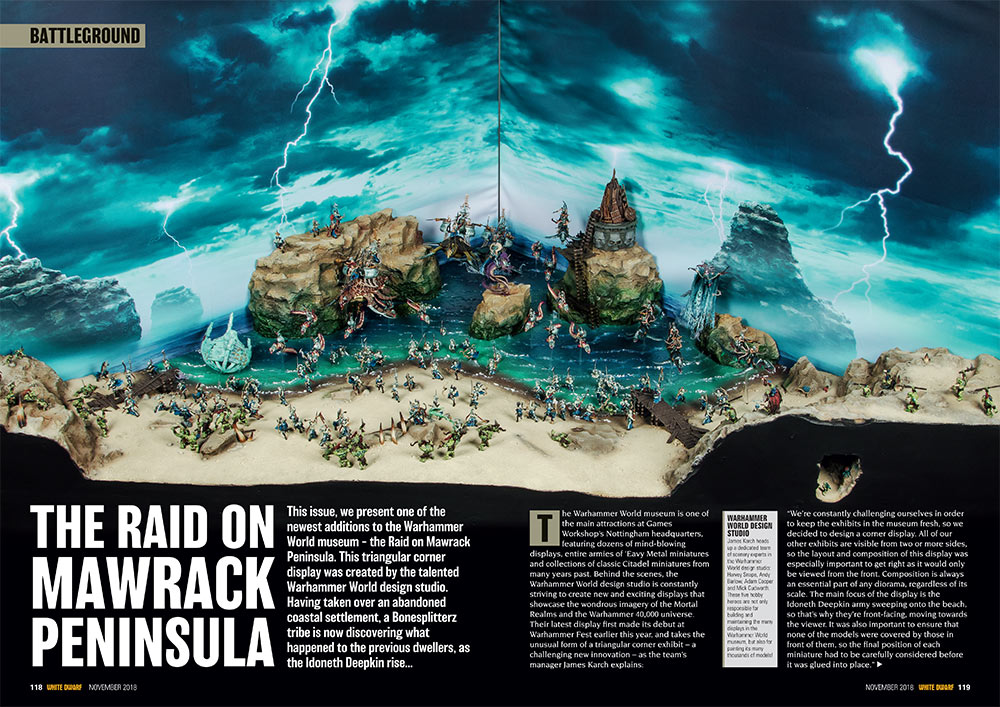 …and much more besides! You can pick up your copy in stores this Friday (though subscribers may be treated to theirs a few days early