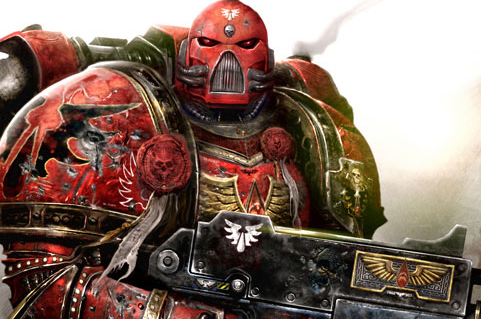 A new Tactical Blood Angels Marines box has been seen, and with it possibly some Grav Weapons and heavy flamers. Perhaps the Blood Angels codex is coming the week after, and alongside it some new box kits.

Check out the latest, and Please remember that this is an early sighting and is considered a rumor. Also this early, pics are most likely not going to happen, but that doesnt mean they wont be appearing soon. Im really hoping we can get some information coming in the next few days. Very exciting.

via an anonymous reader on Faeit 212
Saw a pic of the new Blood Angels Tactical Marines box (yes, Tactical!). Probably out before Xmas.
Going by the pic, they seem to have grav weapons and a heavy flamer similar to the Sternguard version.
11/23/2014
Natfka
40k, 7th Edition, Blood Angels, New Releases, News Headlines, Rumors, Warhammer 40k