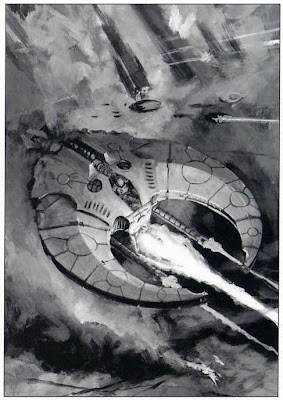 This week, Necrons have returned to the tabletop near you with a vengeance. I have read through quite a bit of the codex, and their guns and units look amazing. I am really hoping that someone is ready to play them this week in my gaming circles. I want to play against them, with a list they are designed to beat, my Imperial Guard.

Necrons Are Here;
I have been spending my Necron reading time glancing over the stats and wargear. So all the fluff I have not yet touched. I will be doing a necron codex review, but not until I get a good feel for the codex.

My first impressions are that we will be seeing a ton of scarabs. S6 weapons will be the key to stopping them, as they are just massive hard to stop. Being fearless and beasts, these 15pt models will swarm the battlefield and quickly. Can you say where is my S6 flamer? Without one, you are vulnerable to these 3 wound units. Yes you read that right, for 15 pts you get a 3 wound model that will rip apart armoured lines.

The elite sections of the codex will also be very pressed for choices. Deathmarks, Praetorians, C'tan, and Lychguard make those elite sections very crowded. I am loving the Deathguard, and cannot wait to see them used.

Other things that stand out for me, are the Night Scythes. I did not expect them to be a dedicated transport for so many different types of units. This is a non-open topped fast skimmer that has the dark eldar supersonic and aerial assault rules.(why it needs aerial assault I do not know: it only has one weapon) It comes with a tesla destructor, which is exciting S7 AP- Assault 4 twin linked.

Now in reverse, I was surprised the Ghost Ark had so few units to be taken with. Even immortals may not take this transport as they may only take a night scythe. The ghost ark solely belongs to the Necron Warriors. This makes me think what is going on, since the primary dedicated transport for most necron units is not the one they released. The ghost ark looks cool, but as many people are already saying they do not like the new warriors, will we see many ghost arks on the tabletop?


6th Edition Tactics
Just a quick thought on this since I was talking a lot of dark eldar this week. If the rules for shooting do include a chart that takes into consideration how fast a unit is moving, the raider and other fast moving skimmers suddenly become more than a fast moving deathtrap for warriors etc. If their speed becomes the one thing that protects these units, a fast aethersail moving vehicle may be extremly hard to hit, and recieve a cover save/ 5+ invul save.

The return of the raider spammed Dark Eldar? I think so. In fact it rather excites me to think of once again fielding a 9 raider force.


Dark Eldar Battle Report
This is not mine, but was sent into me via a Sent One. I have been discussing a webway list with him back and forth for almost a month, and he was finally able to field it. Here is his quick battle report, with some pics. This army is based upon my Dark Eldar webway lists I posted up quite some time ago.

via a Sent One
Here's my BatRep against Orcs today.

It wasn't the deployment I wanted. Dawn of War. Did what you probably would've done. Won roll of and chose deploy and go first. Orc didn't try to seize initiative.

Put 20 warrior with Hae in the middle of the board and drop webway. Raiders came on and tank shocked.

20 orc squad ran off the board. Made the first two leadership rolls. Third did the trick. Great advice on the flickerfields.

Saved my raiders a couple of times. Didn't need the V. Orc shooting did enough to 20 warrior for leadership roll. They failed ran back. Failed their regroup and ran again off the board. A lot of high rolls.

I'm sure I've said this before. I doubted your adjustments. After thinking about them and using them today, I'm sorry for doubting you.

Will probably put this up on your webway portal blog. ( I did it for him)

Thank you for all the information. 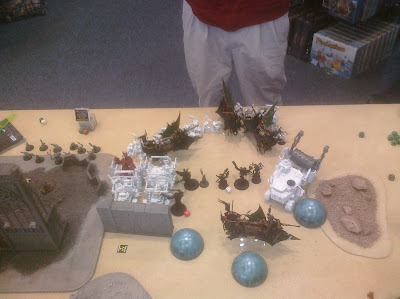 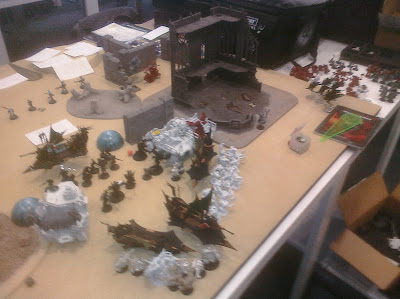 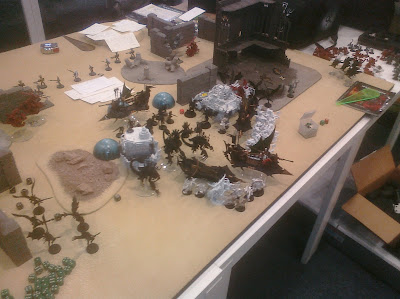 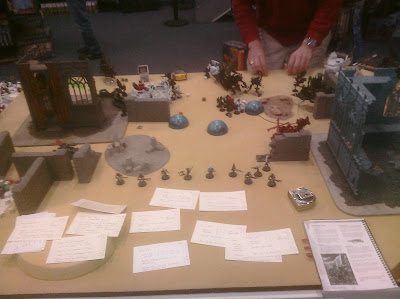 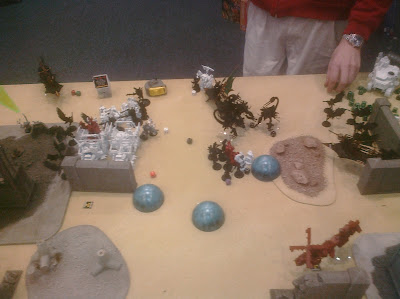 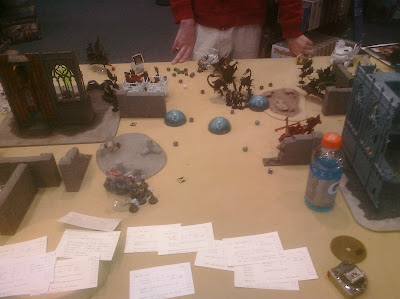 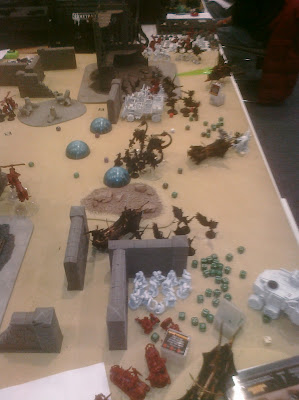 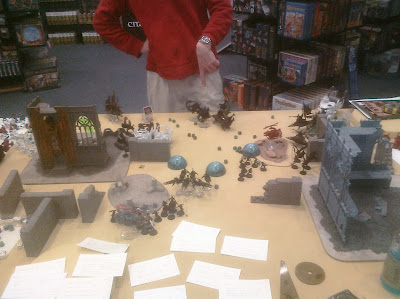 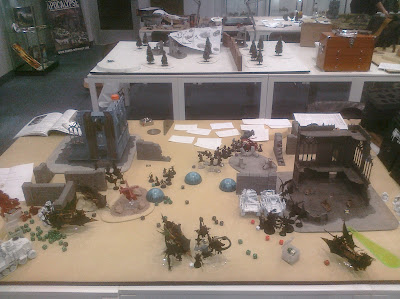 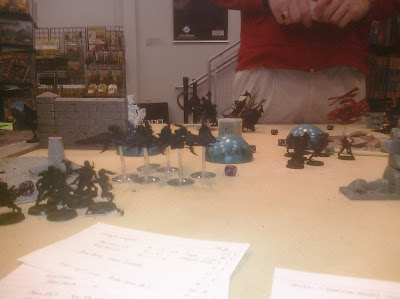