No Loyalist Codex Coming until Much Later this year 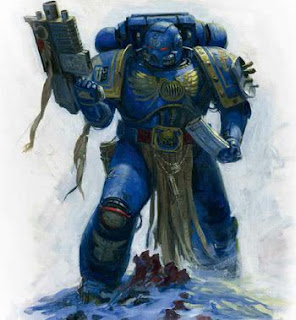 While this isn't huge news, it still sets your sights ahead and even for myself gives some insight onto what is coming in future.

Now the big question really is... what codex is Ishagu talking about when it comes to new kits that seem to be tied to the Vanguard?


These are rumors and Ishagu is normally on track with things coming.

via Ishagu on Bolter and Chainsword

I asked some questions and have been given disappointing answers. Apparently there won't be a loyalist codex till much later in the year but that comes alongside even more kits being released beyond the multi-part vanguard.

Everyone is free to make of this what they will. I actually hope this information is wrong as I was honestly expecting an Astartes book in April/May. At least it makes my decision to focus on BL in the coming months very easy. Bring on the Warmaster!