Tyranid Patriarch, Hybrids, and the Return of...... 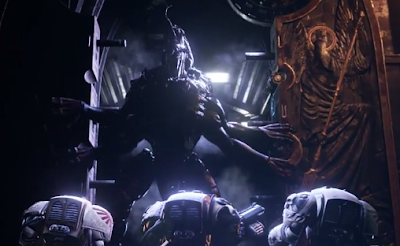 No Tyranid Warriors or Lictors are coming according to this latest rumor bit from Squiggly. Instead we will see the re-release of the Deathstorm Broodlord, a Patriarch and hybrids.... All goodness and long awaited for Tyranids. If this comes around, it will be a wonderful return to some old school Tyranids.


Please remember that this is a rumor.
In response from to the rumor from Bols that we will be seeing Lictors and Warriors in the Stand-alone game coming in Q1.

via Squiggly on Faeit 212
Lictors, warriors nah....
Patriarch, hybrids and a re-release of the Deathstorm Broodlord. Hell yeah!