Dark Vengeance Chaplin to be Re-released 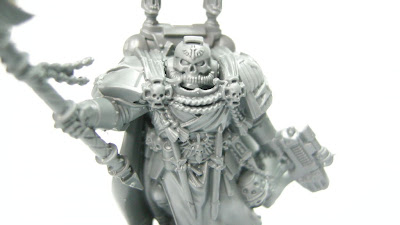 The Dark Angels side of the Dark Vengeance box was highlighted both the librarian and Interrogator Chaplin as the best models (in my opinion), and for the most part I think most people considered the Chaplin to be a starter set limited release only. This rumor bit, has Games Workshop re-releasing the the Dark Vengeance Chaplin around May of 2013.

via shaso_iceborn on Warseer
I have heard both the DVish interrogator Chaplin and Radagast will be available after May and June of 2013 respectively.

via 75hastings69 on Warseer
I did hear the chaplain fron DV would be available as a clampack but no idea when.
11/29/2012
Natfka
40k, 6th Edition, Dark Angels, Rumors, Warhammer 40k