Kill Team Commanders are Up for Pre-Orders. 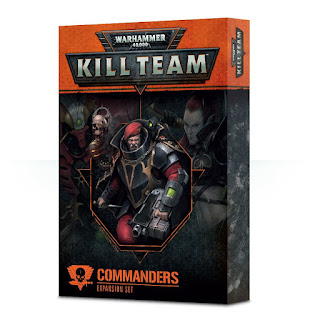 The new Kill Team expansion Commanders is up for pre-orders today. See which Commander Sets are available now... there are 8 with hopefully more on the way soon. 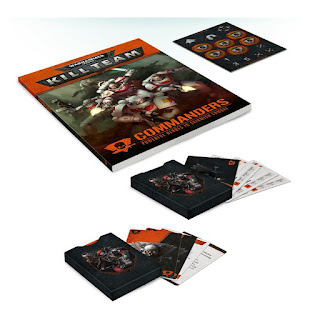 Some warriors are destined to bear the mantle of command. Whether hardened veterans, inspirational orators or blood-hungry champions, these leaders are worth many times their number, possessing the might and sheer force of will to change the course of battle in an instant. These legendary commanders instil dread in their enemies just as they inspire fierce loyalty in their comrades, tipping the balance of entire war zones and turning impending routs into triumphant victories. No matter their chosen expertise, all are exemplars of their kind, the embodiment of their Faction’s martial strengths.

Kill Team: Commanders is an expansion for Warhammer 40,000: Kill Team, introducing elite war leaders and experts in the art of battle – Commanders. It contains all the rules required to add these powerful hero characters to your Kill Team battles and campaigns at a variety of balanced skill levels and provides missions designed to showcase these miniatures in open, narrative and matched play. Included in the box:

A 120-page softback book, Kill Team: Commanders explains everything you need to know about Commanders, their role at the head of a kill team and how to leverage their abilities in your games:

- A Galaxy at War: an introduction to the setting of Kill Team in the 41st Millennium, a time of endless conflict, a nightmare in which all hope is forsaken and Humanity stands upon the brink of total damnation – this section explains the role and function of Commanders, the abilities and talents they add to the kill teams under their leadership and the nature of the shadow wars they fight, from all-out firefights on worlds torn apart to surgical strikes on specific targets
- Commander Tactics and Traits: these are specific Tactics and Traits for use in games, only applicable to Commanders
- Psychic Powers: 6 devastating psychic powers which any Commander psyker can choose from
- Rules for fielding Commanders as part of a Kill Team campaign, with a table determining the events that occur should your Commander fall victim to your opponent
- Aura Tactics: Commanders are inherently charismatic leaders, and Aura Tactics reflect this – passive abilities which affect models within a certain distance
- Specialists: rules for 10 different types of Commander specialisms – Ferocity, Fortitude, Leadership, Logistics, Melee, Psyker, Shooting, Stealth, Strategist and Strength – each featuring its own specific Tactics and skill tree, allowing you to field your Commander according to the play style you prefer; whether that be a psychotic berserker, a studious tactician, or anything in between
- A comprehensive list of Commanders available to the 16 Warhammer 40,000 factions covered in Kill Team – Adeptus Astartes, Deathwatch, Grey Knights, Astra Militarum, Adeptus Mechanicus, Heretic Astartes, Death Guard, Thousand Sons, Asuryani, Drukhari, Harlequins, Necrons, Orks, T’au Empire, Tyranids, and Genestealer Cults – featuring background information, datasheets, Tactics and psychic disciplines along with the relevant points values and wargear available to each
- Additional rules covering deployment and battle length
- Heroic Regalia: this section presents a collection of beautifully-painted Citadel miniatures, demonstrating the formidable sight of Kill Team Commanders in full flow on the battlefield
- Missions: 6 narrative play missions, 6 matched play missions and 3 open play missions for Kill Team with Commanders, along with a host of inspirational ideas for your own open play games. Each of these missions includes guidance on battlefield setup, the scouting phase, deployment, battle length and victory conditions, with the matched play missions featuring alternate deployment maps allowing up to 4 kill teams to duke it out;
- A Campaign Record sheet for you to photocopy and use to keep track of the missions you play and their results.

Along with the comprehensive book of rules, there is included a set of cards and tokens for use with Commanders:

- 33 Universal Commander Tactics cards, acting as a handy reference for the Specialist Tactics from the book
- 7 cards covering the psychic powers from the book, along with Psybolt from the Kill Team Core Manual
- 20 blank Commander datacards, featuring space in which to record the name, characteristics, weapons, abilities, specialisms, demeanours, levels and injuries of your Commanders
- A double-sided Commander token sheet, containing a move/charge token, a fall back/advance token, a ready/shoot token, 6 Aura Tactic/Psychic Power tokens, 3 wound tokens, and 3 objective tokens.

A copy of the Kill Team Core Manual is required to use this set.

via the Warhammer Community
https://www.warhammer-community.com/2018/10/13/taking-command-of-kill-team-and-treasures-from-the-nightvault/

Kill Team: Commanders is up for pre-order today!
Kill Team: Commanders is the second major expansion to Warhammer 40,000: Kill Team, and introduces powerful Commanders and game-changing, area-of-effect abilities for every Faction in the game.
First up is the Commanders Expansion Set itself, which features everything you need to bring these mighty champions to the battlefield, including a 120-page book, 41 new datasheets and 10 Commander-grade specialisms. The set also includes handy datacards for all the new universal Tactics and psychic powers for easy reference in battle, and 20 blank datacards that you can fill in to represent your Commanders of choice. 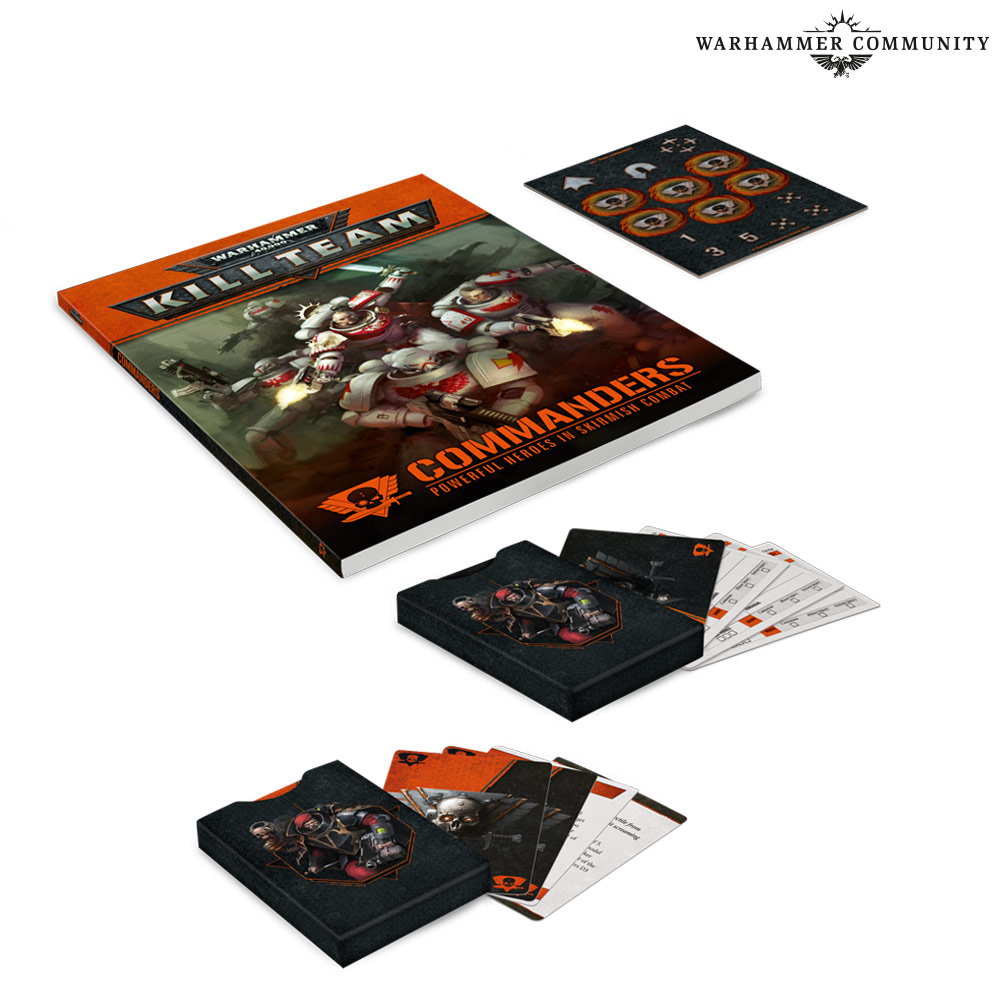 Also available to pre-order are eight dedicated Commander Sets. These mini-expansions each comprise a miniature, thematic rules, background and even a bespoke specialism that is unique to that character. The sets also include Tactics cards, gaming counters and pre-filled datacards. If you’re picking up a copy of Kill Team: Commanders, be sure to check these out too: 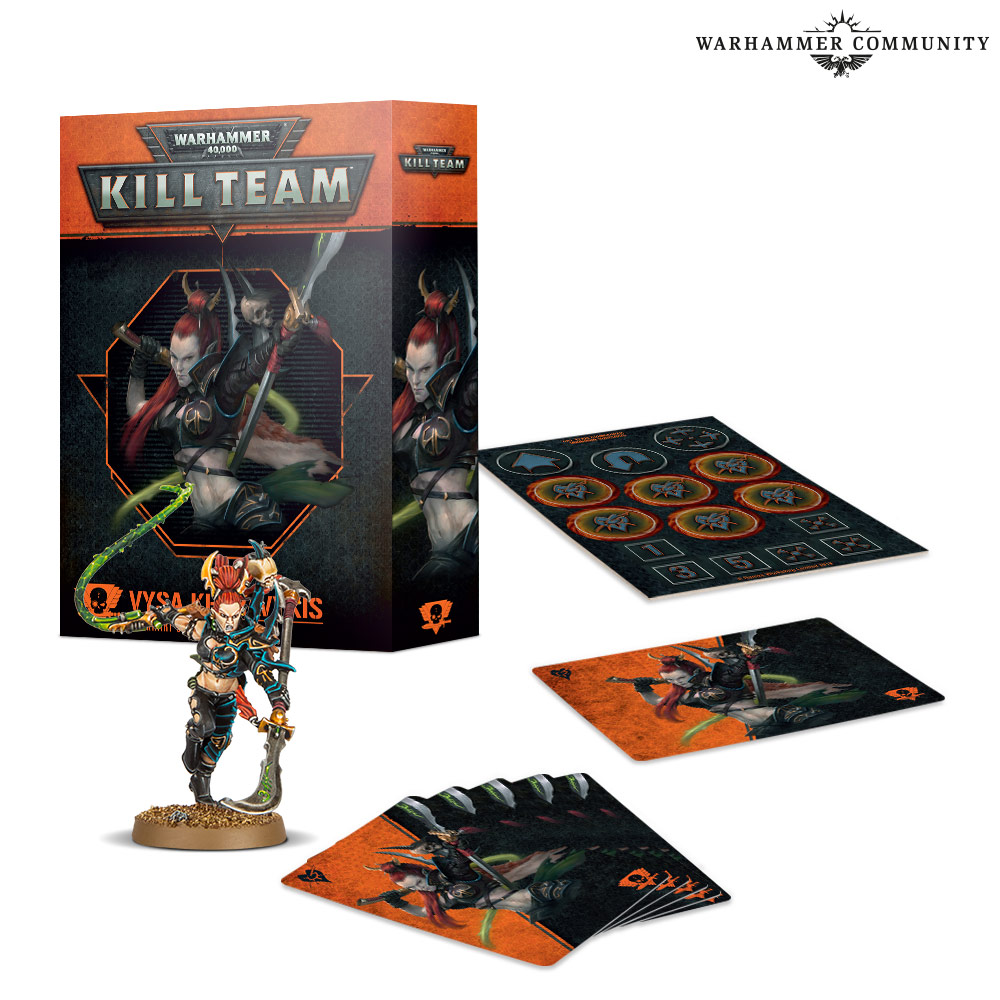 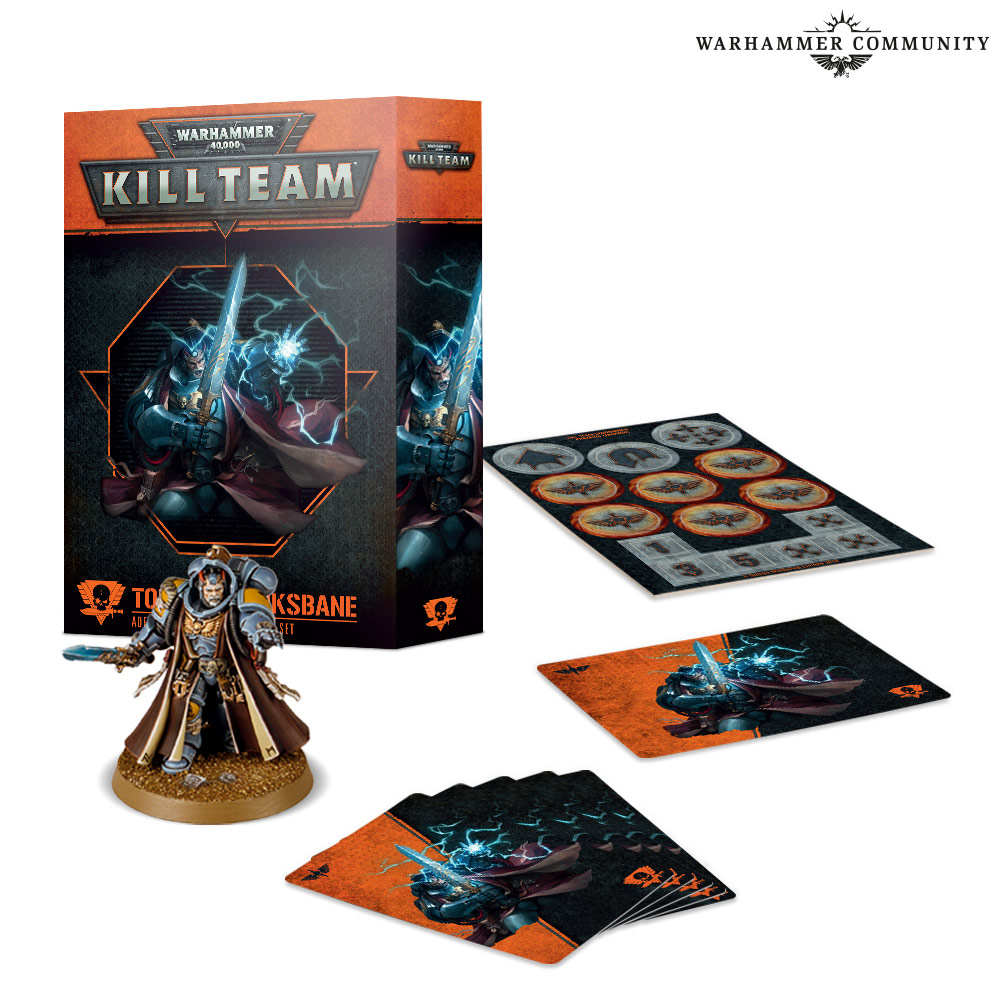 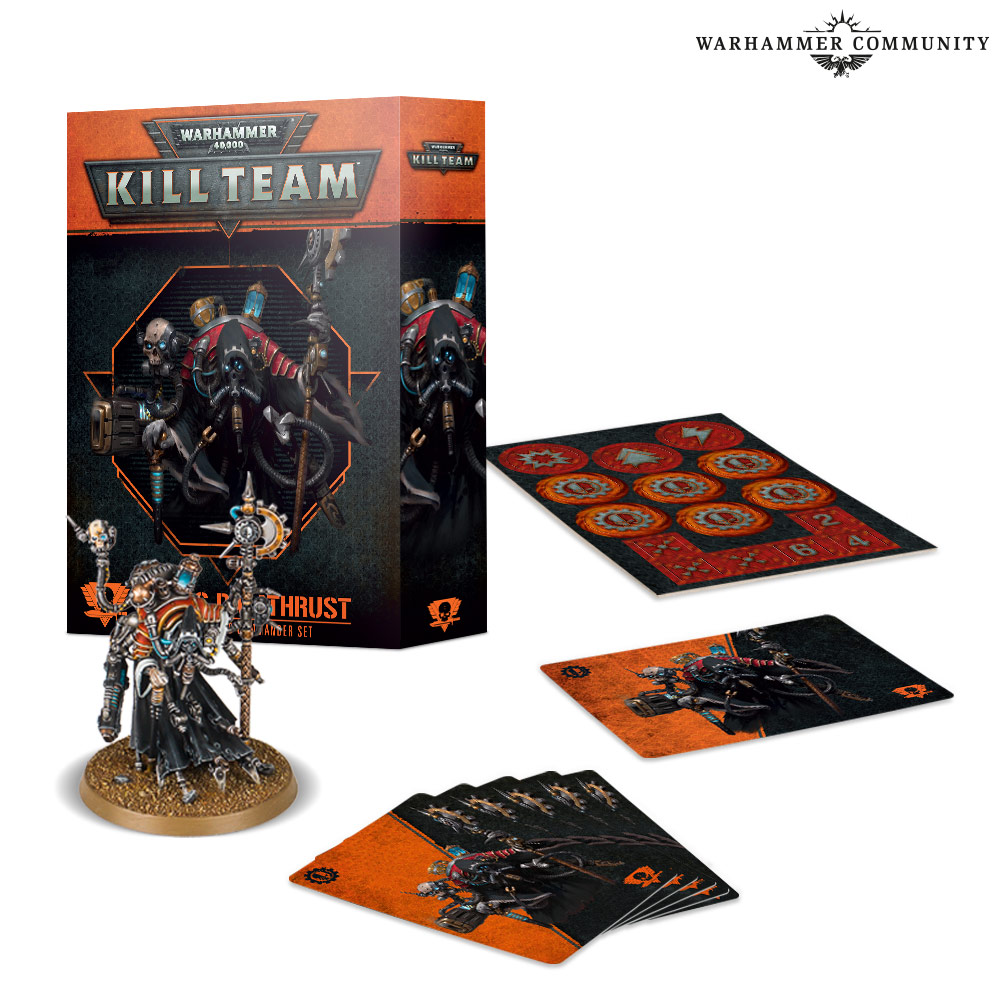 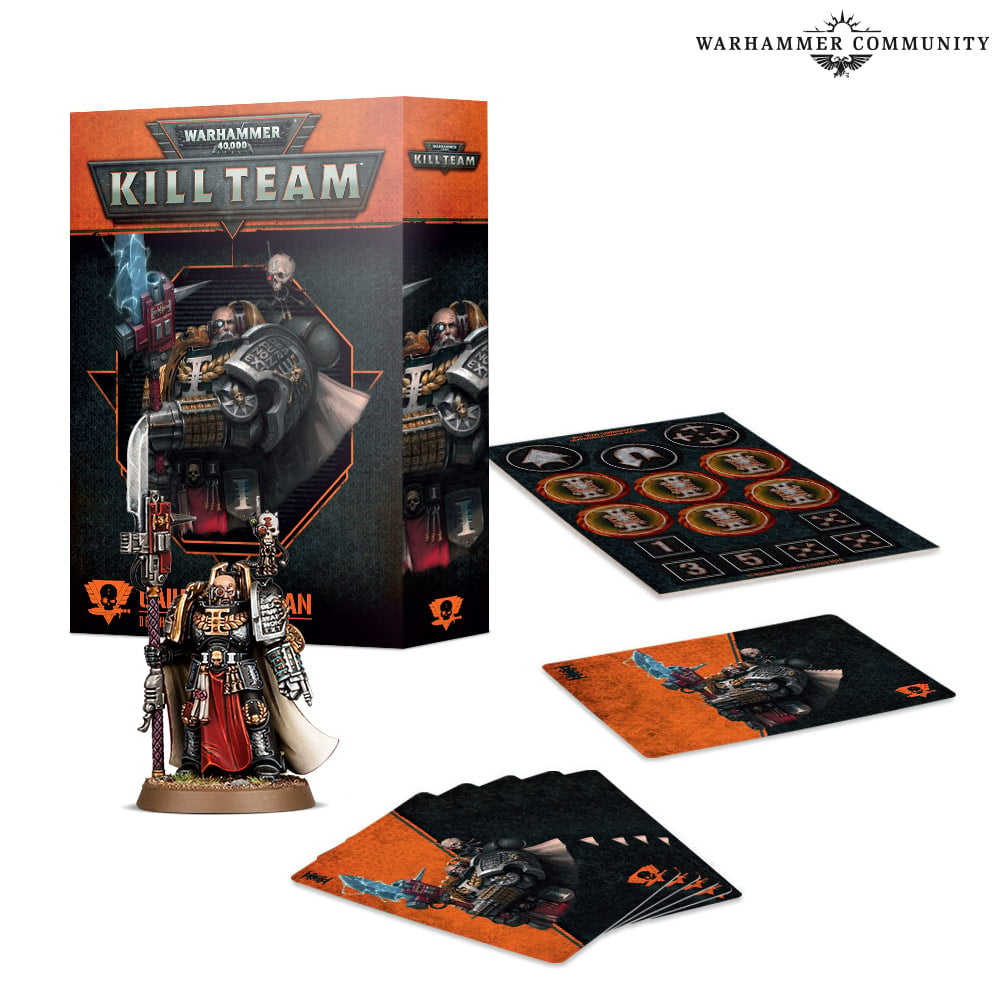 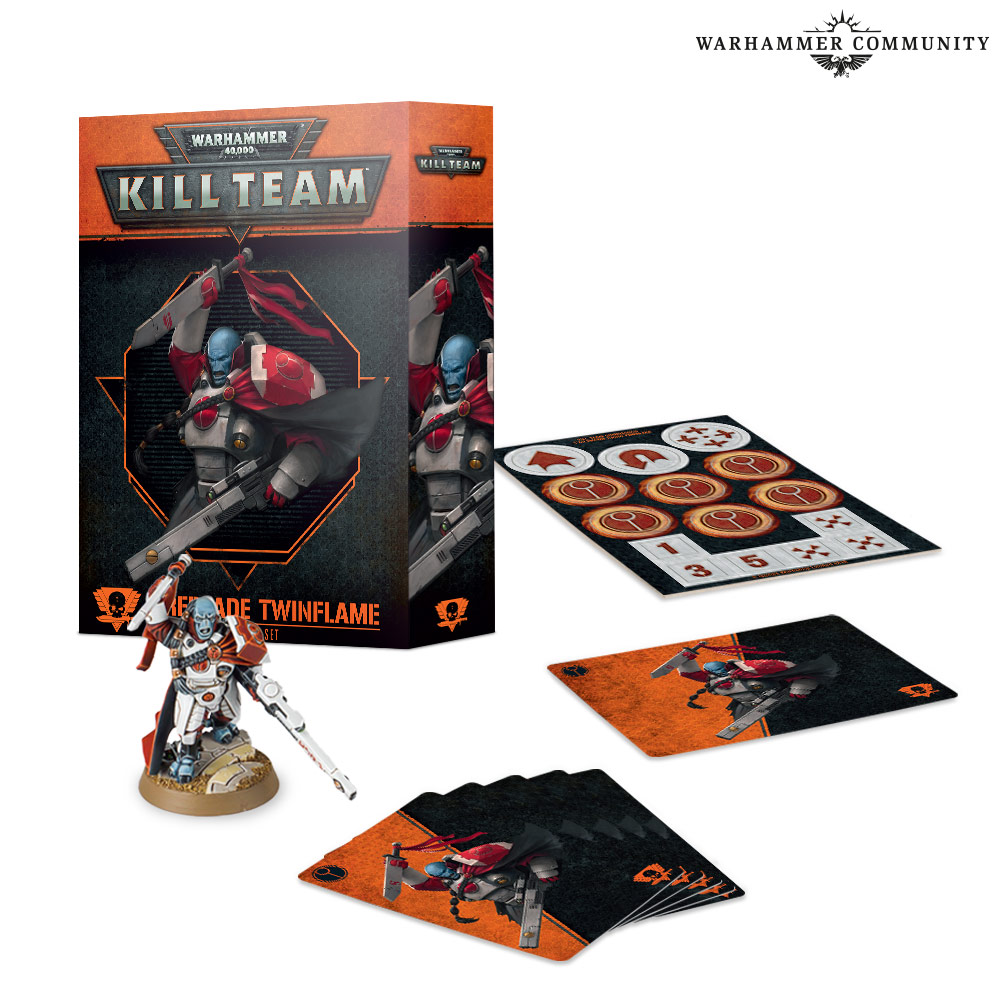 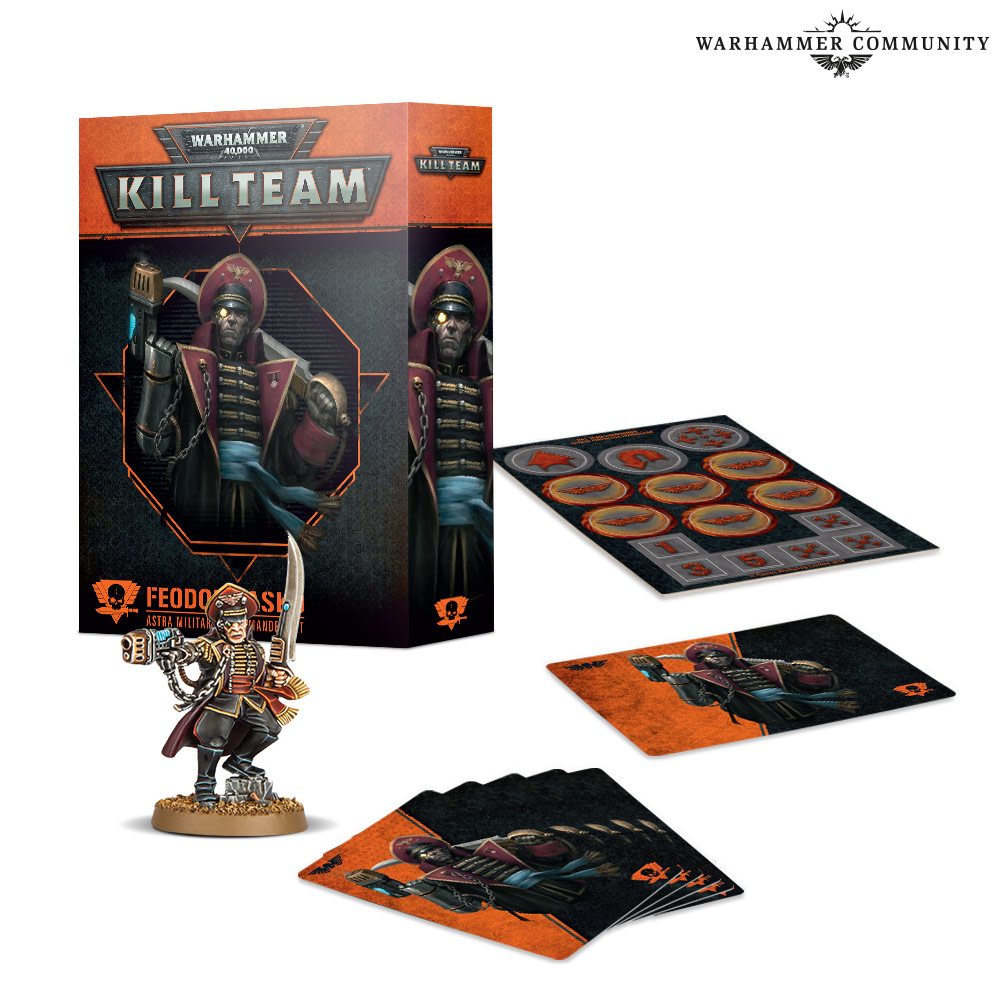 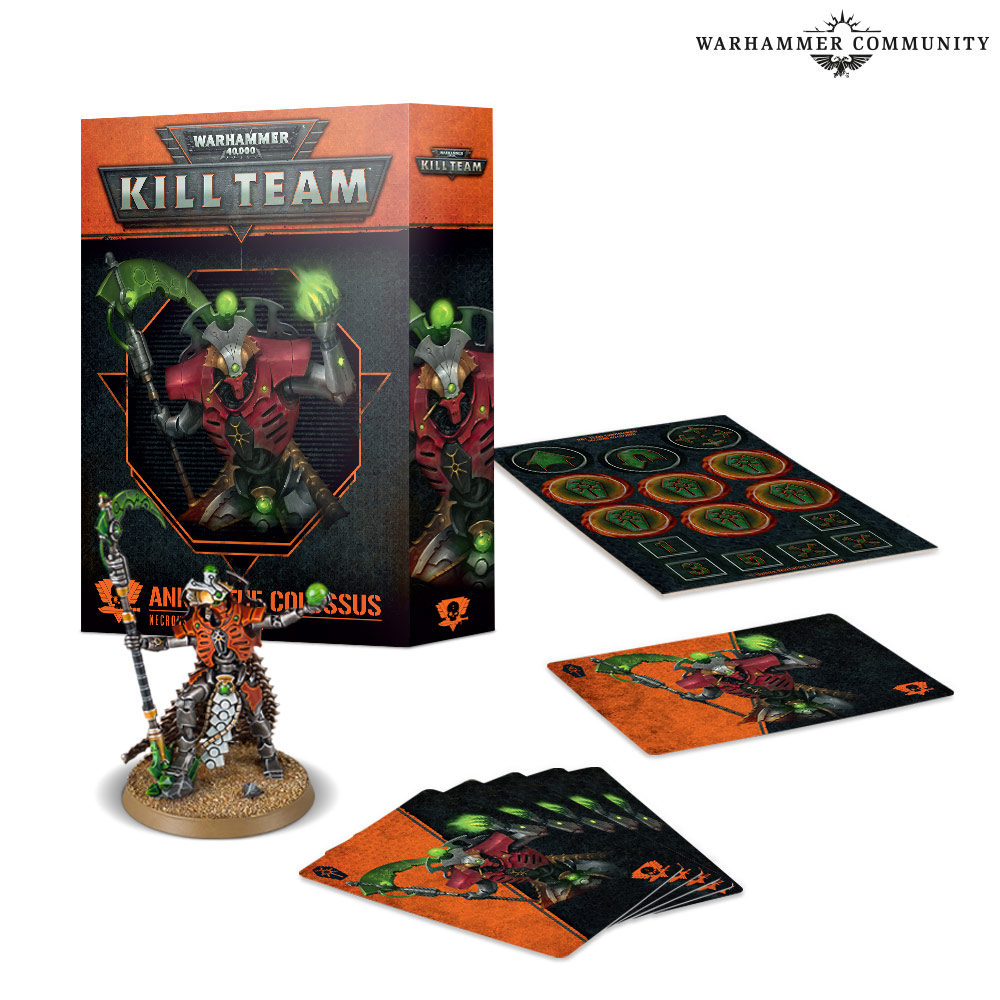 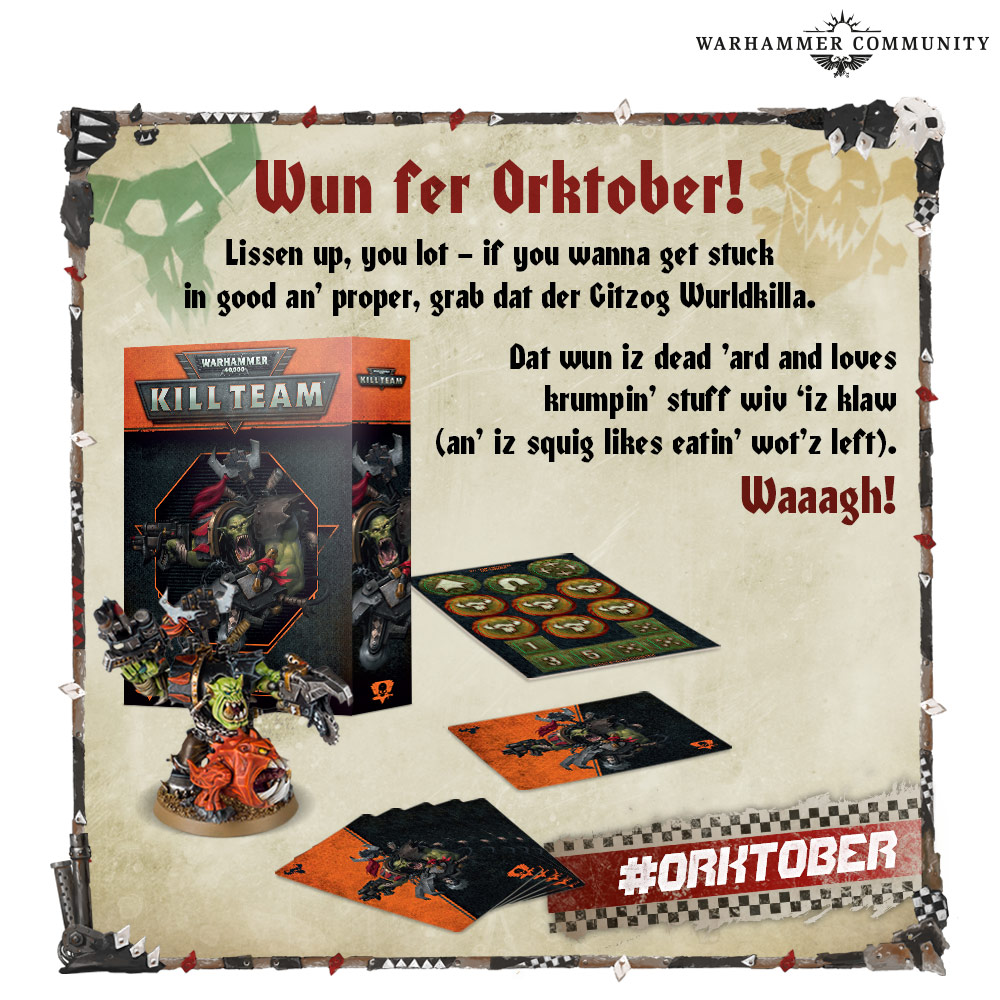 Do you have what it takes to lead a Commander onto the Kill Team battlefield? Or to face them? Pre-order your copy today and find out