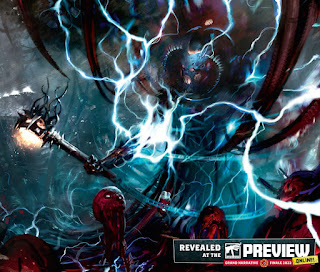 Vashtorr the Arkifane has been revealed as what is going to be quite the opportunity for a Dark Mechanicus forces in the near future. Great looking Daemon. Great job on this one. 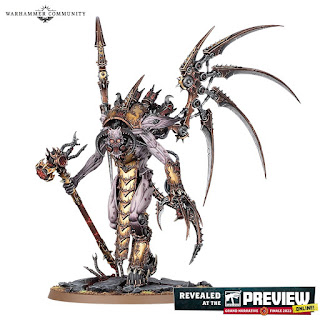 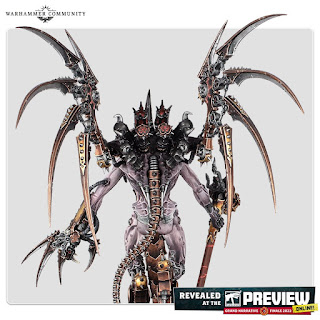 His name has been echoed in mechanical vox-whispers, scrawled in the corners of maddening scrap-code, and even emblazoned across the cover of one of the first three Arks of Omen books. But who is Vashtorr, and what are his designs for the galaxy?
Vashtorr the Arkifane is a major new character for Warhammer 40,000 – he’s an enigmatic daemonic mechanic, a fiendish forge-master who specialises in corrupt machines and insane innovation. Unsurprisingly, Warpsmiths and the Dark Mechanicum think he’s great.
Alongside his ally Abaddon, Vashtorr is the master planner behind the whole Arks of Omen scheme. His meticulous mind is constantly at work, whirring away to craft plans within plans, embedded with complex sub-plots and subroutines alike. Has the Despoiler has bitten off more than he can chew?
Not everyone is a fan – Be’lakor especially seems to dislike this uncanny upstart. With one of the most stunning daemonic miniatures ever, could it be that the Dark Master is just jealous of Vashtorr?
We’ll have more news about Vasthorr the Arkifane and his intricate schemes next year.