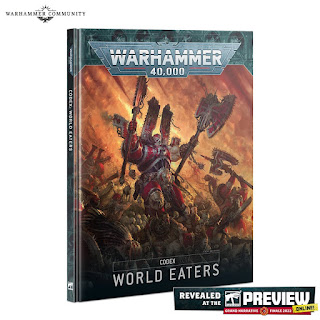 This one was predicted and is a welcome sight! Here we are, The World Eaters 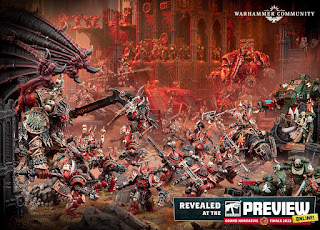 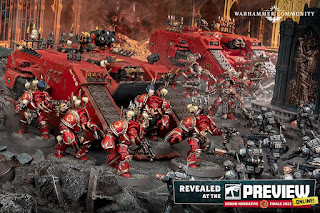 The Eightbound
Virtually unrecognisable from the mortal Space Marines they once were, every member of the Eightbound is each possessed by eight (8!) separate daemons of Khorne. As you might expect, this makes them some of the most terrifying combatants in the galaxy – warriors locked in a constant battle for their own souls. 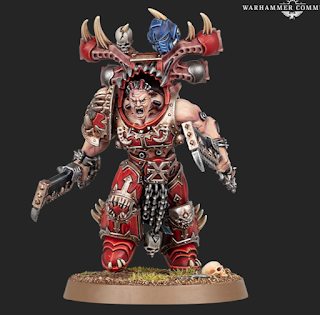 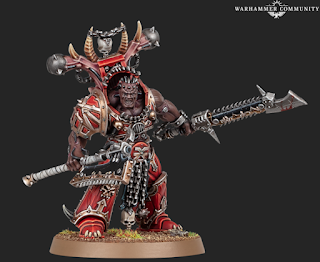 Exalted Eightbound
Sometimes the spirit of an Eightbound World Eater can even emerge triumphant, becoming one with the eight neverborn sharing its physical form. These are the Exalted Eightbound, even more dangerous and daemonic than others of their kind. 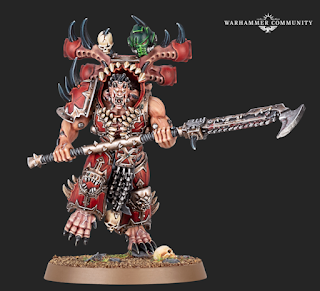 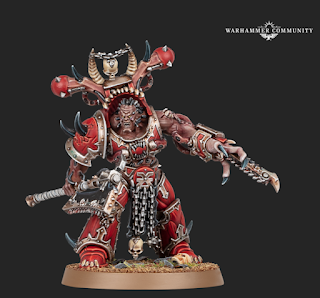 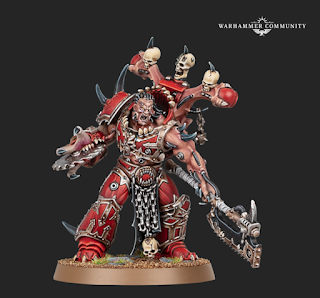 Jakhals
The World Eaters army isn’t just about the elite combat monsters of the Butcher Astartes. There are also new mortal followers in the form of Jakhals… who are combat monsters in their own right. These cultists are only slightly less deranged than their masters, and favour sheer brutality over tactical niceties such as “guns”. 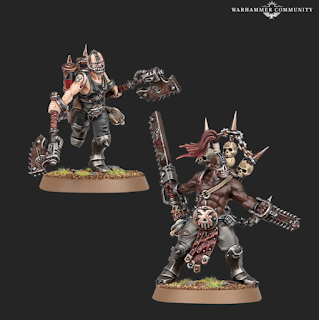 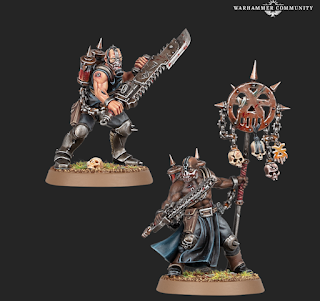 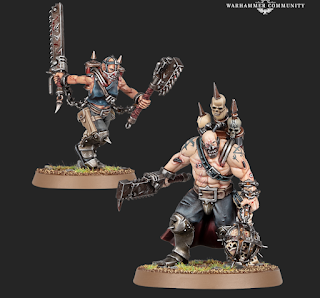 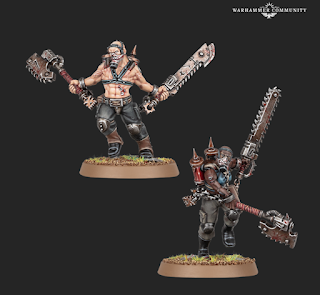 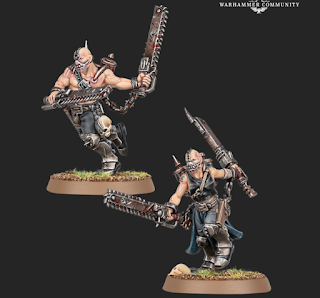 Lord on Juggernaut
Lead your ground-shaking charge with the savage Lord on Juggernaut. Anything lucky enough to survive a sweep of his exalted chainblade will find itself impaled on the Juggernaut’s bladed horn. 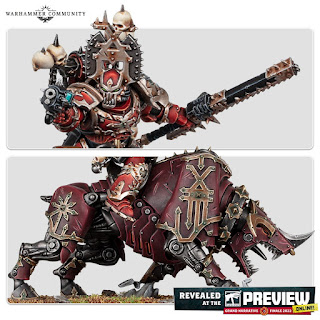 These new miniatures are all absolutely dripping with character – and blood, in most cases – and they’ll look even better when you put the entire army together.
Like most Traitor Legions, the World Eaters also include more ubiquitous units in their ranks, such as Land Raiders, Daemon Engines, and Terminators, as well as immortal Daemon Princes of Khorne. And thanks to the new Codex: Chaos Daemons, they can also be joined by furious daemonic allies…
11/18/2022
Natfka
Warhammer 40k, World Eaters