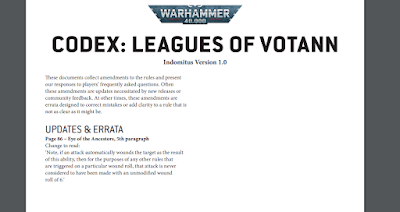 A big update today for the Leagues of Votann as they are rather powerful in comparison to other armies. Check out the video apology and notices.
There is one entry for the Errata and a Points update 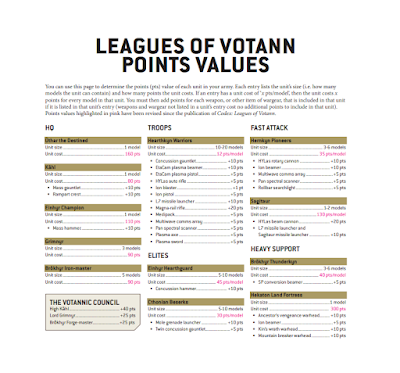 Get the Updates Here
Errata
https://www.warhammer-community.com/wp-content/uploads/2022/09/hLLv5bGIp5BaljHW.pdf
Points Update
https://www.warhammer-community.com/wp-content/uploads/2022/09/WtjTm0YG0DuZDq7L.pdf
via WarCom
https://www.warhammer-community.com/2022/09/29/leagues-of-votann-balance-update-a-word-from-james-workshop/
How Did This Happen?
Warhammer 40,000 is a big, complex game with lots of factors to account for, and codexes are usually written and sent off for printing a good few months ahead of publication. In practice, this means it’s not always clear what kind of competitive environment a new book will drop into. In this instance, the army was tested against other recent books like Aeldari and Tyranids – many of which have seen their own increases in points and rules adjustments since their release to align with the wider game.
We’ve got a devoted rules team, and an amazing group of playtesters, but even after a rigorous testing period, sometimes we miss things that a passionate world-wide community of hundreds of thousands will quickly spot.
We’re sorry we didn’t get these rules right out of the gate.
And we’ll fix it.
9/29/2022
Natfka
Leagues of Votann, Warhammer 40k