The Leagues of Votann are coming and today we get a look at just how their Crusade rules will work. Hint... its all about resources
via WarCom
Si: When an Oathband sets out from the galactic core, they do so not in search of fame and glory but to further the cause of League and Kin. In terms of their Crusade campaigns, their primary goal is to acquire fresh resources rather than killing and conquering.*
With every battle fought, your force will consolidate their military gains in the form of Requisition Points and Campaign Experience as normal, but they’ll also accrue one of four fundamental resources. 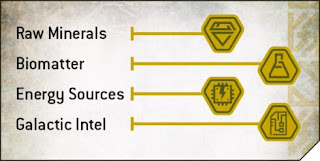 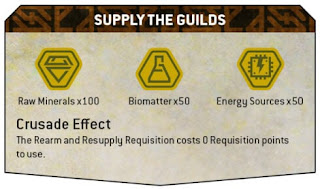 If you can stockpile sufficient resources, you can exchange them for Kindred Assets, which will give you bonuses in your Crusade – such as providing discounted Requisitions, or bonus Energy Sources with each battle.
If the Ancestors smile upon them, your Oathband will even discover Rare Resources. These represent exotic minerals, priceless salvage, experimental power sources, or extremely sensitive information. You can use these to upgrade your Kindred Assets, earning even greater campaign bonuses. 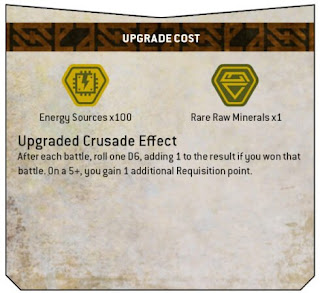 Powerful though these Crusade effects can be, you’d better enjoy them while you have them. Each time you lose a battle, there’s a chance that any Kindred Assets you possess may also be lost, as key supplies are squandered or abandoned in the wake of a defeat.
Budding Kâhls can download their own copy of this Acquisitions Sheet right here, in anticipation of their own Crusades.
https://www.warhammer-community.com/wp-content/uploads/2022/09/3niTVriY4skXrJ5i.pdf 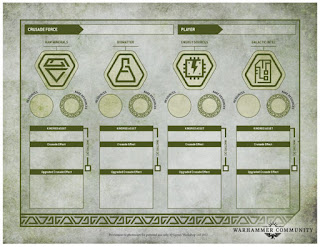 Grudges
A fun element of playing with the Leagues of Votann in Crusade campaigns is that your units will develop a seething hatred for those who have wronged them. Should this happen, the calm level-headedness typically displayed by the Kin is usurped by a single-minded determination to claim vengeance against their enemies.
This effect can have mixed blessings. When fighting an enemy force against which any of your units hold Grudges, there’s a chance you’ll lose Command points as orders are ignored in a wrathful fury. However, there’s an equal chance that you can dish out Grudge tokens to enemy units.
As if that weren’t intimidating enough, the more Grudge tokens an enemy unit has, the more bonuses you’ll receive against them. One or two Grudge tokens allow you to re-roll to hit rolls of ‘1’, while you can re-roll all misses against a unit with three Grudge tokens! What’s more, your Grudge tokens act just like Judgement tokens for your Grudge-bearing models…
There is the small matter of your Grudge-bearing units no longer having the discipline to Fall Back or start actions if there are enemy units nearby – but if you’ve killed them all in an apocalyptic rage, it’s not an issue!
9/15/2022
Natfka
Horus Heresy, Leagues of Votann