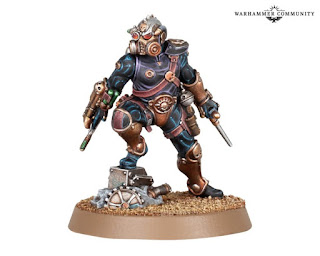 This is rather fun, a new assassin coming to the Horus Heresy which will hopefully make it's way into 40k as well. An excellent reveal today for Heresy Thursday. 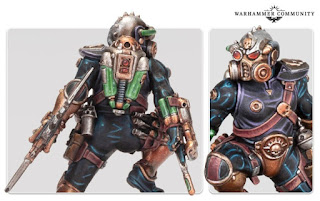 It is said that the Assassins of the Clade Venenum had the highest success rate among the Terran Temples during the Age of Darkness.* Their Assassins were selected from the finest alchemists who could create exotic concoctions that could cause death without leaving any metabolic trace.
The new miniature is cast in finely-detailed Forge World resin. In games it can unleash a toxin ejector and a hookfang to poison your enemies. The poison on the hookfang is so effective that it causes damage long after the initial attack. If the target is unfortunate enough to survive first contact, that is.**