Horusy Thursday Takes a Look into the Libro Imperium 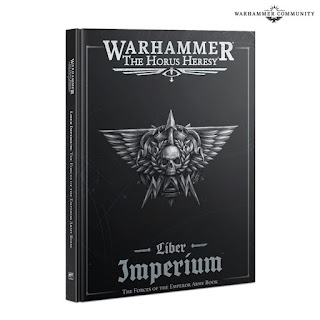 The Legio Imperium is shown here with a look inside to what it will contain.
via Warcom
https://www.warhammer-community.com/2022/09/08/heresy-thursday-custodes-solar-auxilia-and-assassins-prepare-for-war-with-liber-imperium/

The vast war machine of the Imperium also included the indomitable Legio Custodes, the sinister Sisters of Silence, the elite Imperial Army personnel of the Solar Auxilia, and the shadowy Clades of the Divisio Assassinorum.
The Liber Imperium brings these forces into your games of Warhammer: The Horus Heresy, presenting a host of new options including massed Imperial armies and tank columns, or those rare beings genetically engineered beyond even the mighty Space Marines.
Most of these forces were marshalled to aid in Dorn’s defence of the Solar System during the latter days of the Heresy, though they also fought throughout the galaxy under the Emperor’s banner.
The Legios Custodes are his loyal bodyguards, elite transhumans created with genetic alchemy. As his shining spear, they specialise in taking out the most powerful of the Imperium’s opponents with the Nemesis rule.
These mighty warriors scan the battlefield looking for particularly worthy targets.  Once an enemy unit fulfils the essential criteria to count as a ‘Nemesis’ unit the Custodes can engage, gaining +1 Attacks, +1 to Charge Rolls, and never needing to roll higher than 4+ to score a Hit – unless that foe is a Primarch. 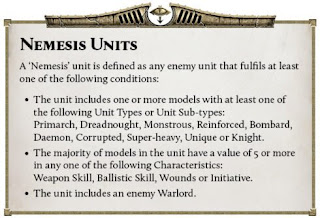 Instead of the precise application of incredible force, the Solar Auxilia prefer to overwhelm their foes with the weight of numbers along a wider front– massing regiments of infantry and columns of war machines, all firing in a deafening union. 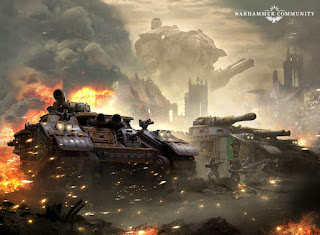 While still considered the elite of the Imperial Army, the Solar Auxilia outnumber the Legiones Astartes, and their formations are organised into sprawling Cohorts that contain Tercios.
These unique formations train together until they can act as one,  performing synchronised Shooting Reactions when they are within 3” of a model in the same Tercio. Let’s see how many Space Marine tank lances want to risk a Shooting Reaction from a Tercio made up of Solar Auxilia Leman Russ Strike Squads.
\ 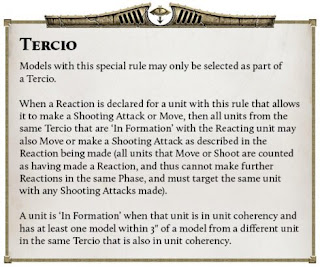 A loyalist force can also take advantage of the skilled operatives of the Divisio Assassinorum and add an Assassin to the army as a non-compulsory HQ choice. 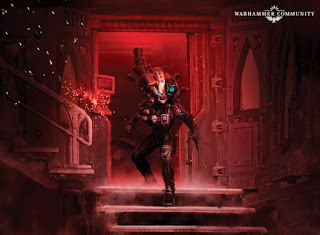 These top tier killers can be deployed to take out key targets – no matter what the enemy’s individual strengths or defences are. The recently revealed Clade Vanus operative is one of the eight different brain-washed executioners you can field in an Imperium Army.
Each Clade has specialised tools and they can turn even adverse situations to their advantage thanks to years of intense training, combat stims, and mysterious augmentations. The Tactical Displacement reaction allows any Assassin targeted by a shooting attack to bob, weave and pirouette away from any unfriendly fire and carry on with their mission unscathed. 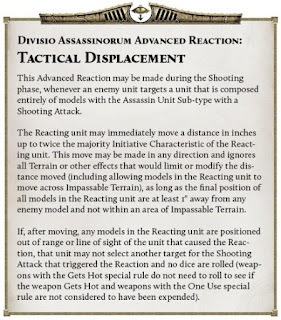 This only scratches the surface of the 176-page Liber Imperium. We’ve yet to mention the Sisters of Silence and their unique methods of warfare, or any of the tasty new wargear that these varied forces have access to – Any Traitors should be quaking in their boots.