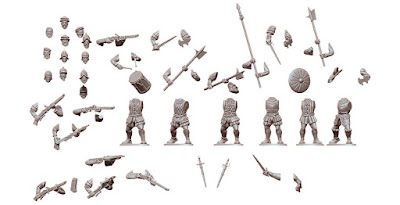 Wargames Atlantic is giving us a new set to look forward to, Conquistadors. Also I don't believe we took a look at the Lizard Men release coming out next year which includes gun options as well.

These box sets are always amazing deals normally coming in around $35 for 30-40 Infantry making them amazing deals. Always lots of options as well.

Earlier this year we did a poll for the best matched pair set of plastics and the winner was Conquistadores vs. Aztecs. We're very happy to show off the work that has gone into the Conquistador designs. Our goal is to make a set that works for the Conquest of Mexico as well as filling in your European armies of the early 16th century (or fantasy ones for that matter!)

These wonderful sculpts are by the very talented Rob Macfarlane. 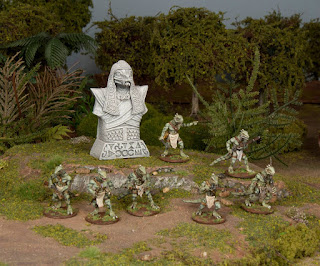 Another great release coming soon in 2021

Here's another shot by Matthew Leahy of our upcoming Lizardmen. Officially boxed as "Classic Fantasy" the Lizardmen will have weapon options to make them fantasy figures, VSF (with muskets), or sci-fi with banana-clip auto-rifles. Or mix them up! There are different head types as well for a different look than the one below.

And these are available now for pre-order

The famous Riflemen of the British army fought from Spain to the final shots of La Haye Sainte on the field of Waterloo. Fighting in pairs and able to accurately aim and fire up to two shots per minute, Wellington’s Rifles were an instrumental factor in Napoleon’s defeat.

This hard plastic box set allows you to build up to 32 Riflemen equipped with their famous Baker rifles and even an option to do a volley gun! You will be able to model the figures advancing, firing, loading, and with a variety of heads including bare and bandana-wearing for more variety. 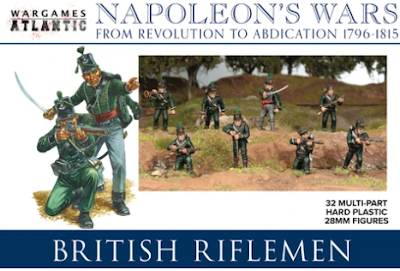 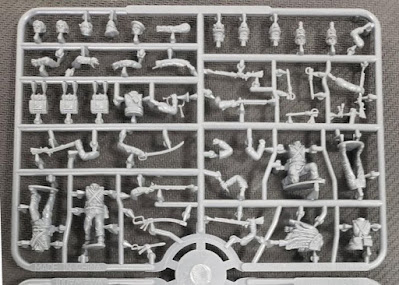