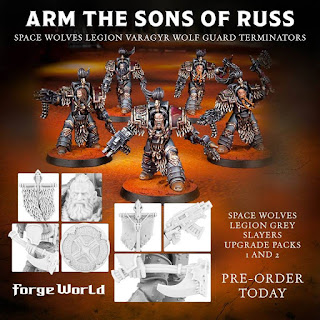 New from Forgeworld are Grey Slayer upgrade packs, which you can also pick up as a full squad of models + the upgrades. Also up new are the Space Wolves Legion Varagyr Terminators.

via Forgeworld on the Warhammer Community site
https://www.warhammer-community.com/2018/02/23/fenrys-hjolda-new-forge-world-space-wolves/


First up are a pair of Grey Slayers upgrade sets to turn your Mark III Space Marines into packs of killers that reflect the Fenrisian way of war. Grey Slayers were first added to the Legion after Leman Russ took command, and blend the discipline of the Space Marine Legions with the autonomy and pack mentality of Fenrisian warriors. Trained to seek and destroy threats, and tasked with heading into the heart of battle, Grey Slayers are the perfect core of a Horus Heresy Space Wolves force. 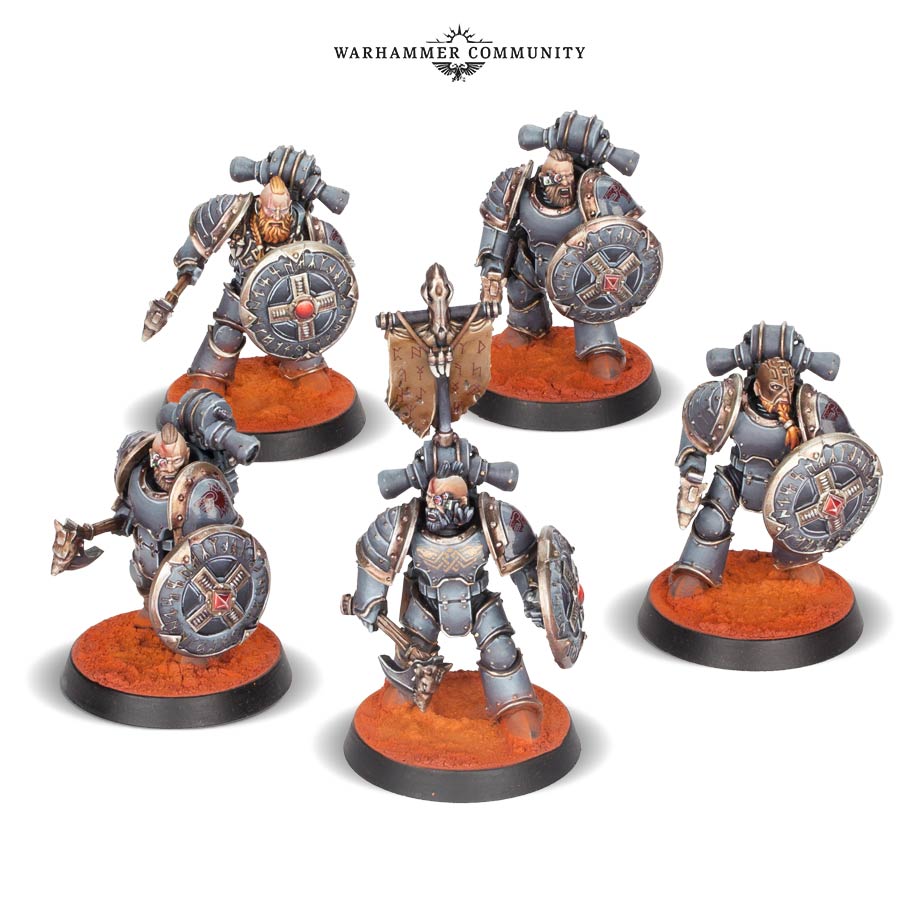 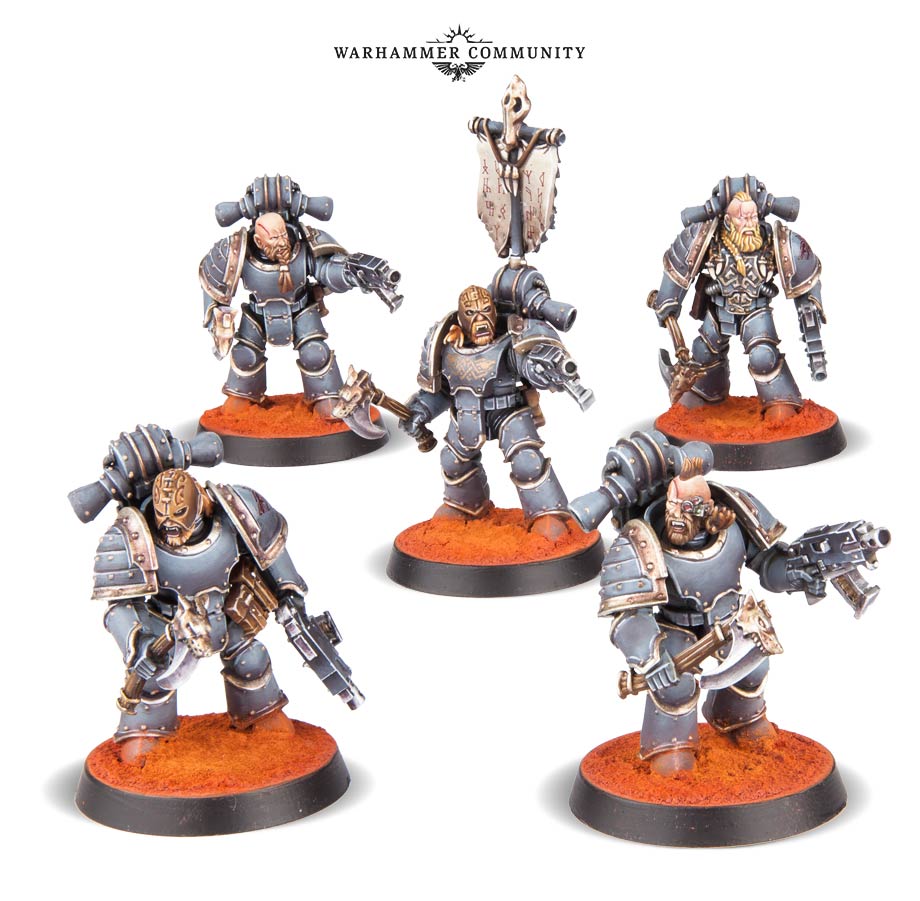 The two upgrade sets both come with five banded and studded shoulder pads, five wolf-ornamented axes, and eight heads, adorned with impressive facial hair, and some wearing leather masks, as first described for the Space Wolves in Dan Abnett’s seminal novel Prospero Burns. There’s also a back banner, and a combined torso and head for a pack leader. 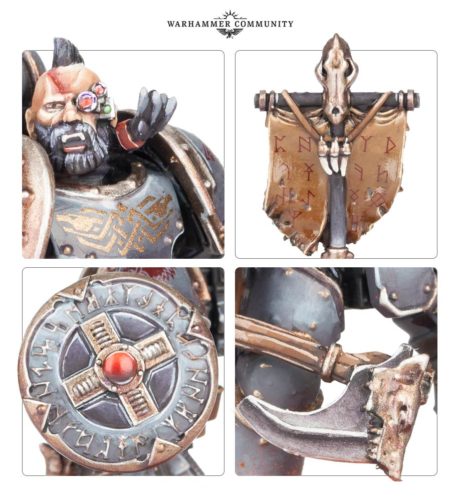 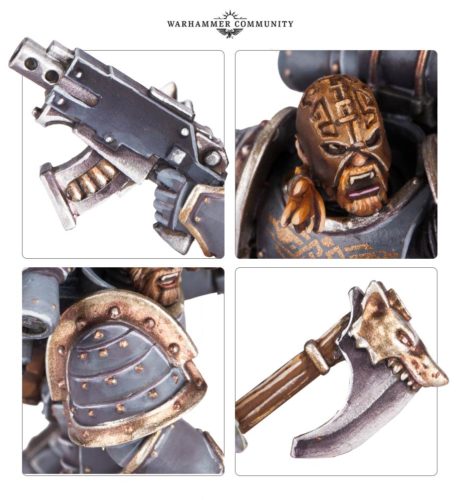 Each pack varies in what they accompany the axes with. One gives you five round storm shields, each containing Fenrisian symbols and runes. The other adds a ranged option, with chunky bolters making the unit incredibly versatile. Both of these packs fit nicely on the plastic Mark III Space Marines kit and are great for making your Vlka Fenryka army look different to any other Legion, nicely reflecting the Space Wolves during the Great Crusade and Horus Heresy.
Also unique are the new Varagyr Terminators. These fierce warriors are the Primarch Leman Russ’ own chosen companions, picked from his Great Company, clad in the finest Cataphractii Terminator armour and tasked with defending their liege-lord on the battlefield. Their armour is studded and marked with Fenrisian symbols, making it both brutal and decorative at the same time. They are draped with the pelts of great beasts they have hunted, and each has a plume mounted atop their battleplate along with a gilded wolf skull. Their faces are bare, and all are as scarred and hairy as you’d expect from the elite of the Space Wolves. Their weapons are functional combi-bolters and finely crafted chainaxes, thus reflecting the duality of the Space Wolves – combining the savage and the civilised in one murderous package. 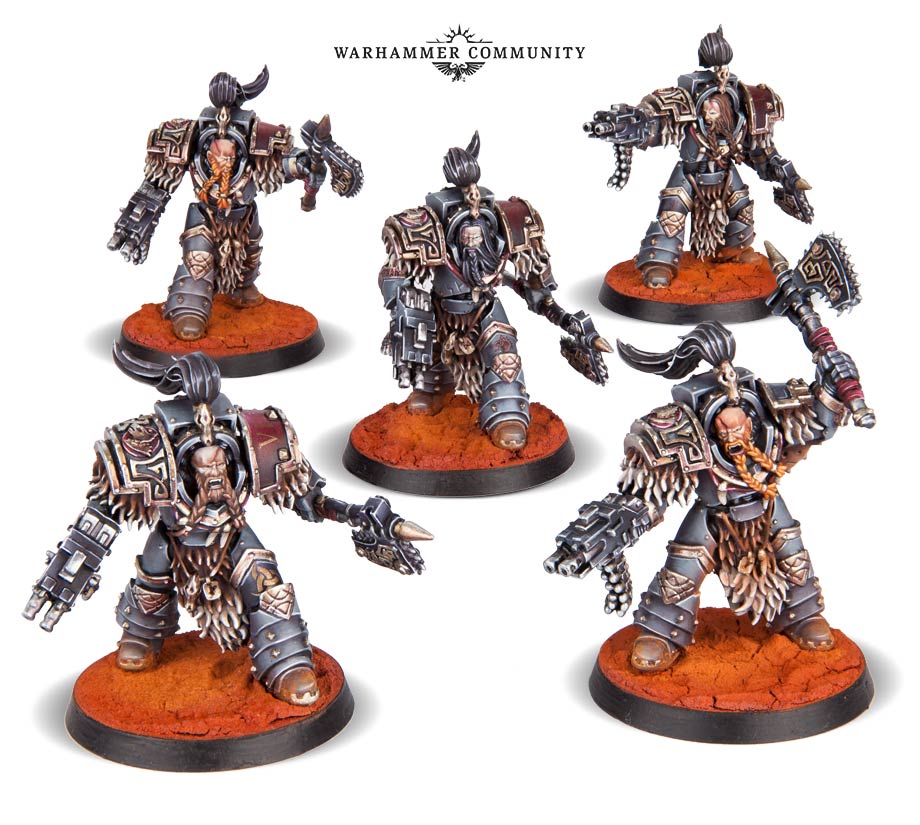 Both the Varagyr Terminators and the Grey Slayers Upgrade Packs are available to pre-order from the Forge World website.